Motivation- by Will Edwards

Home Motivation- by Will Edwards 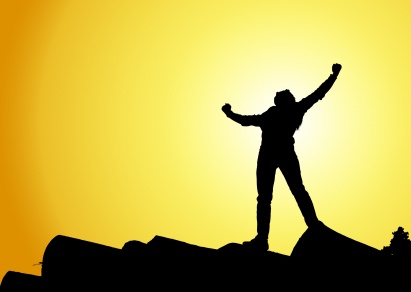 In their book the One-Minute Manager, Ken Blanchard & Spencer Johnson make the statement that ‘there are no un-motivated people’. We all have the necessary motivation to do the things we really want to do – we are all motivated people.

It may be that, in the workplace, some people just don’t seem motivated, but they certainly are – for some reason, they turned up for work. They have a reason for turning up; and that reason is their basic motivation. They are motivated, just like every one else on the planet, to action which sustains their survival – even if that simply means doing something they really hate for the sake of earning a crust.

Many years ago, I remember, when applying for a job in sales, I was asked in the interview if I was the type of person who was motivated by money; and I remember thinking, after briefly pondering the question, that I certainly was not. The trouble is, if we are not very clear about what we want out of life, people can often make the big mistake of confusing that most important inner desire – whatever it may be for you – with the need to make a living. Of course, money is important: it buys things after all; and we need some of the things it can buy. But as the old Beatles song goes, ‘money don’t get everything it’s true’. When the Bible says, ‘the love of money is the root of all evil’, I believe it means that to make the pursuit of wealth your major goal in life is the biggest mistake you could possibly make!

The pursuit of wealth first is what leads people to take apparently mundane jobs – the job may be boring and the hours may be long, but the pay is good; they might reason. That’s why we can observe such apparently un-motivated or de-motivated people in the workplace. They sometimes find it difficult to summon up the necessary enthusiasm to throw their hearts and souls into whatever the company is asking them to do. On the other hand, you may have noticed some people who seem to be having the time-of-their-lives in their work. They seem to have plenty of energy and motivation for whatever the company requires of them. Well, those people are the ones who are not primarily working for money; they are working because, first and foremost, they love what they do.

Wouldn’t you like to have that kind of motivation? The kind of motivation that equates to bags-of-energy and enthusiasm for the things you do in your work. Well, the secret is this: you must first decide what it is you would love to do. You must decide what would bring you the greatest sense of fulfilment in this life. Whatever that thing is – what I call the Deepest Desire of Your Heart – it is by pursuing that dream that you will become transformed. You will become completely motivated to achieve your ultimate dream. But, again as the song goes, ‘if you don’t have a dream, how you gonna make a dream come true?’

Abraham Mazlow, the psychologist famous for his work on basic human needs says that very few people ever manage to become self-actualised. In other words, he is saying that few of us every really pursue the dream that is within each of us, but it is by so doing that you can unleash tremendous, perhaps unstoppable internal power. The power – the motivation – to realise your dream is truly within you. To release this power, you must first make your decision about what is most important to you in this life; and then you must go for it!