Mixing it up by Jason Vale

Home Mixing it up by Jason Vale 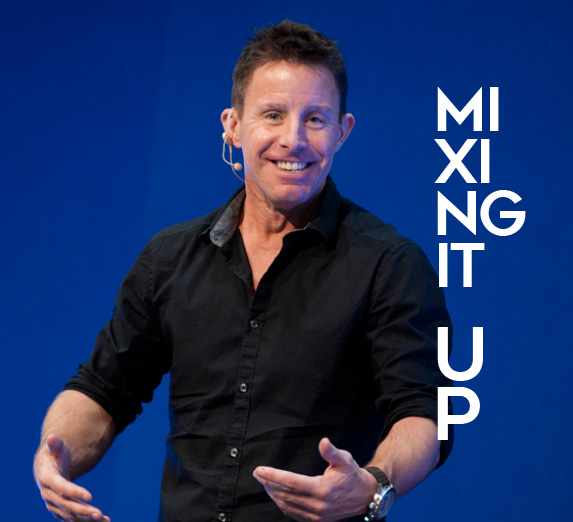 At The Best You Expo, Juice Master Jason Vale inspired the audience to take his juice challenge

The stage is set, the music is pumping and, as he is announced to the podium, Jason Vale leaps onto the stage. Dressed in shorts and a shirt, despite it only being February and chilly outside, he is tanned, looking fit and super toned, as you might imagine of the man who has revolutionised his own and the lives of thousands of others through juicing.

Vale’s story is one of transformation. Looking at him today, as he revs up the crowd eagerly anticipating his arrival, it’s hard to imagine him as he once was – overweight, a chain smoker and heavy drinker suffering with psoriasis, eczema and hay fever. After being inspired by juicing pioneer Norman Walker, Vale embarked upon his own journey and lost four stone, quit smoking and drinking by changing his mindset to his addictions.

In 2001, he published his first book, Juice Master and began to appear on TV shows such as The Fit Farm, This Morning and The Wright Stuff. Since then the effervescent Vale’s career has sky rocketed with books, CDs, DVDs, apps, and today he runs seminars, owns juice bars and retreats in Portugal and Turkey. Juicing has been good to Vale.

Today though, his sole focus is on the audience in front of him. He’s already rewarded them with several of his books, a copy of his Super Juice Me! 28-day juice plan DVD, and a tasty juice bar, all part of his growing product portfolio. Part of Vale’s appeal is his openness and self-deprecating nature – it’s his, “I can do it, you can do it too,” attitude that involves the crowd from the outset.

“I left school at 15 with no education, and I can’t believe I’ve even written a book,” laughs Vale. “I grew up on a North Peckham estate, I was overweight, I had psoriasis, I had a big smoking and drinking habit. It’s a far cry from who I am today. I honestly believe that unless you’re physically and mentally sharp, everything else will fail.”

Behind Vale’s upbeat, high tempo presentation, there is a deadly serious message about the UK’s spiraling battle with obesity. Vale shifts the audience’s attention to a blender at the side of the stage. Alongside is a feast of junk food – from long life muffins, which Vale describes as “sponges”, to high sugar chocolate bars and cans of Diet Coke, which Vale tells the audience is, “highly addictive”.

Very visually, he starts to combine these, an experiment he says he often does when he speaks at schools. The resulting sludge of the mixture looks as toxic as it undoubtedly is for our systems, and it allows Vale to illustrate how poor nutrition affects our bodies.

“It takes more energy to digest bad food,” Vale says. “We are frequently overfed and undernourished, and the symptoms of a toxic diet are very evident in a body that is in distress.

“The vast majority of diseases are lifestyle related, and in Super Juice Me! we took eight people with eight diseases and showed how a juice-based diet can markedly shift these.

The solution is to turn to a low human intervention – or low HI – diet.” Yet while food provides the panacea, the secret to success lies in the way that we think about it.

“The challenge is addiction,” says Vale, “and we need to change our approach to our diet mentally. All of my books are designed to help people make the change, to remove the desire for what we are told we should want.”

Although he’s enraptured the audience at The Best You Expo, Vale’s time is up, and so he urges them to enjoy his books and bars, and to join his juice revolution. With that he’s off to sign autographs and inspire a legion more followers.