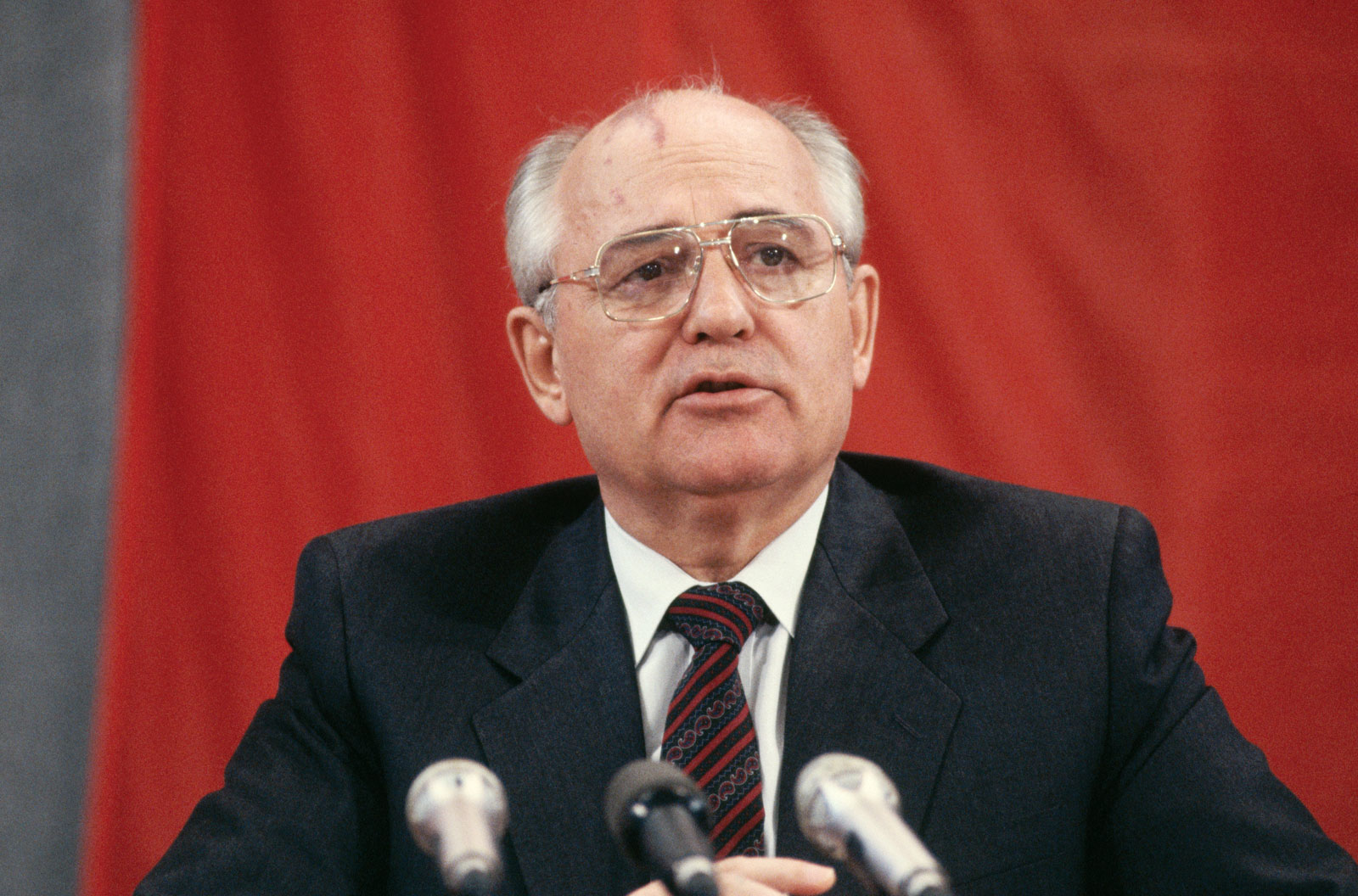 Mikhail Sergeyevich Gorbachev was the first and last President of the Soviet Union, and will be remember as the man who freed the Iron Curtain countries from slavery.

Born in Stavropol Krai in 1931, he survived the 1932 – 1933 Soviet famine that starved to death nearly half his village, including two sisters and an uncle. Both his grandfathers were arrested on false charges in the 1930s, with one exiled to Siberia.

As a teenager he operated combine harvesters on collective farms before going on to get a law degree. This saw his rise through the Communist Party that eventually led to his being elected General Secretary in 1985.

Gorbachev knew there was plenty wrong with Russia and he set about reforming it, from the ground up. A keen advocate of self expression, he introduced glasnost to the country, giving people freedom of speech. He restructured the economy with his policy of perestroika, before negotiating massive nuclear weapons reductions with Ronald Reagan which removed much of the nuclear threat that had hung over Europe in the Cold War.

He went on to introduce free elections – the first in the Soviet Union since 1917, and was elected as the country’s first executive President in 1990. He withdrew troops from Afghanistan and Mongolia and gave the Eastern Bloc countries the right to self determination. It was a direct result of his policies that led to the demolition of the Berlin Wall, and British Prime Minister Margaret Thatcher famously remarked of him: “I like Mr. Gorbachev; we can do business together.”

With all this change there was bound to be dissent, ­and Gorbachev was deposed in a coup by hardliners of the old Soviet regime. The move led to the collapse of the Soviet Union. It was the beginning of a new era in Russian history, and it happened because Gorbachev pushed for freedom for the people.

Rarely does one man make such a massive and direct impact on the lives of others. Throughout his life, Gorbachev has fought for freedom and for fairness. For this alone, he is a remarkable individual. – Bernardo Moya