Michelle Bachelet: From exile to President 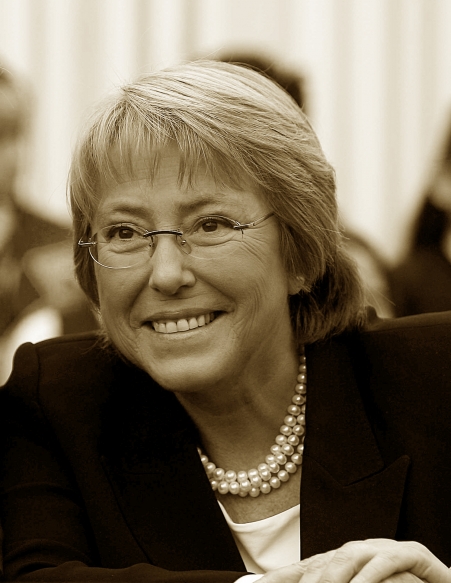 Michelle Bachelet was born in Santiago, Chile in 1951 into what many would see as a privileged youth. As a military ambassador, Bachelet’s father was constantly moving the family around Chile. They were even called to live in the United States for two years while he was on assignment at the Chilean Embassy in Washington,

Everything seemed to be going well for Bachelet. Upon their return to Chile, she was poised to graduate high school with excellent marks and go on to a prestigious college career. In the midst of her education, the Chilean government was overthrown, and Bachelet’s father was arrested. He died in prison not long after.

Facing hardships she hadn’t previously known, Bachelet, along with her mother, one day was set upon, blindfolded and arrested. After being tortured and treated like she was an enemy in her own nation, sympathisers to her late father were able to help her flee the country. She moved around, hopping from Australia to Germany, where she would meet her future husband and give birth to their first child

Upon returning to Chile and obtaining her medical degree, Bachelet slowly began a career in politics. She lost an early mayoral bid, but was later appointed Minister of Health, and subsequent to that Minister of National Defense. Michelle Bachelet used her intimateknowledge of medicine to propel herself to the political apex of a country that was in need of medical advancement. In 2006, her popularity soared, and she became the first female president of Chile.