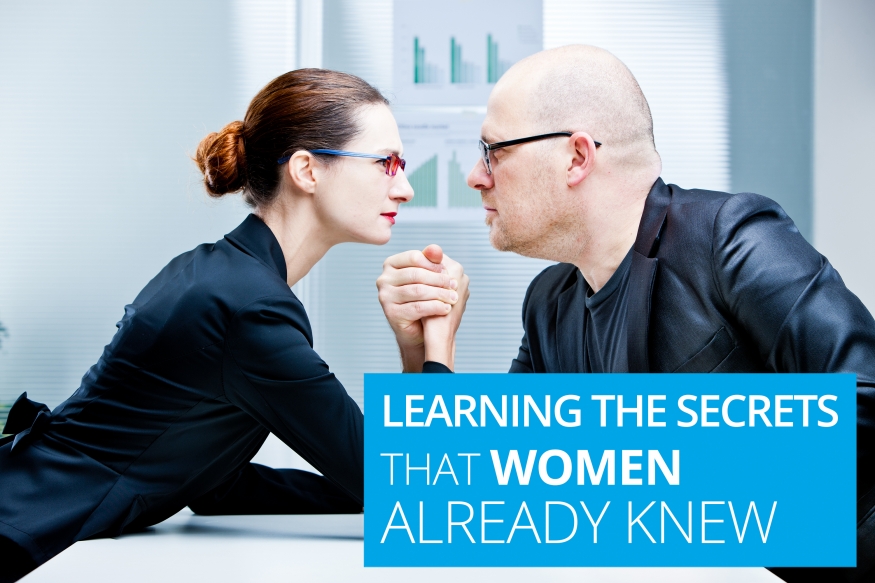 When there are voices all around you telling you you can’t do something, writes Matthew Wingett. Consider the London cabbie for inspiration!

Men, I was told, are less able to communicate than women because that part of their brains is smaller, but on the upside, men have great hand-eye co-ordination and are better at maths. And although women are more in touch with their feelings, they are also more likely to suffer from depression. Meanwhile, men are more likely to be autistic and not have a clue about emotions… It was quite a lot of unhelpful information for a young man to grow up with. And a quick survey of the internet today reveals these unintentionally rip-roaringly funny generalisations being perpetuated, right now.
The thing is, I’m not saying that they’re statistically wrong. But as a man who makes a living from writing, I’d say my language skills are fairly adequate. As for my maths exam results… well, they were so poor that I was “ungraded” when I sat my ‘O’ level exams. Sure, I could do arithmetic in my head faster than my teachers, but I just couldn’t see the point in calculus, so didn’t bother learning it. When I have a chat with people, they also tell me I’m reasonably articulate, and I’m even pretty good at giving a bit of sympathetic advice, on occasion. As for kicking a ball around a field, well, it holds no interest for me whatsoever. So, I’d say I am not particularly typical of your “average” man (whatever that is). That being the case, you can imagine how often, as a teenager in the 1980s I would roll my eyes to heaven when I heard yet another woman going on about how “all men are bastards.”

It was just another sweeping generalisation. I had learned to ignore them from the age of 6, when I was told that boys weren’t as fast as girls at learning to read. I was usually top of the class in reading, and that was enough for me to generalise helpfully that 99 per cent of statistics are probably made up.
There was, however, one area where I really didn’t do as well as many of the women I knew. I just couldn’t read emotions so well.
I would be with a girlfriend and she would tell me that she “knew” so-and-so was lying. She would tell me that another friend was annoyed at me, and that another was afraid to mention something to me, because they were too timid. And she was more often right than not. To be frank, I didn’t have a darned clue how she did it.
When it came to the gals getting together and charging men with being bastards, and thinking only of themselves – and all those other things that women who are bad at choosing partners like to generalise, I felt immune. But when it came to the line: “All men are autistic,” well, then, sometimes I just thought: “Maybe you’ve got a point.”
That was until I started doing NLP and really learning to watch clients. I started to calibrate and to understand that actually when people are unhappy they don’t always do sad eyes and a down-turned mouth like a child might draw it, just as someone who is afraid doesn’t necessarily quake like Shaggy from Scooby Doo, with chattering teeth and hair on end.
The more I paid attention, the more I began to see the tiny, tiny changes on my clients’ faces that indicated a feeling. And because of the job I was doing, I was in the happy situation of being able to actually ask questions about the emotion they were feeling as they started to manifest it. It was a big learning curve.
So here’s the thing: If you are told that you are rubbish at reading people, don’t believe that that’s the way it necessarily must be. The big danger with all those generalisations drawn from statistics is that when people hear them, they might start to think that what they’re being told is an immutable fact. “Men are rubbish at this”, therefore they will always be rubbish at this. “Women are useless at that”, therefore they will always be rubbish at that.
The reality of the situation is far different. Every time you practise something, you learn from it, and you get better at it. Just because your brain has certain innate qualities, it doesn’t necessarily mean it will always have those properties.

So, what information do I have to hand to support this assertion. Well, consider the London cabbie, and research that has been done on their brains. The part of the human brain called the hippocampus deals with memory and spatial coding. In the brains of London taxi-drivers who have learned “The Knowledge” of London streets and who drive those streets regularly the hippocampus is larger than that of the average person. Why? Because tests have shown that it has grown to accommodate all those street names and routes. Brain adaptation happens.
With NLP’s skills and with practice, you can learn to go a lot further than you thought in your interactions with others. It’s probably the most useful skillset you can acquire. It teaches you how to change and how to grow. So, guys, if you want to, you can learn to pick up those feminine intuitions that puzzle you… and if you’re a woman who wants to acquire more traditionally “masculine” traits, you’re free to do that, too.
So, men, just think: the great thing about NLP is that it might, just might, stop your girlfriend from telling you – as mine used to tell me – that “all men are autistic.” And, women, just think how much you can surprise others with your newly learned skills… Because for men and women alike, NLP is a massive and never-ending learning experience.

To find out more about how our trainings can help your business and personal life, click here, now.