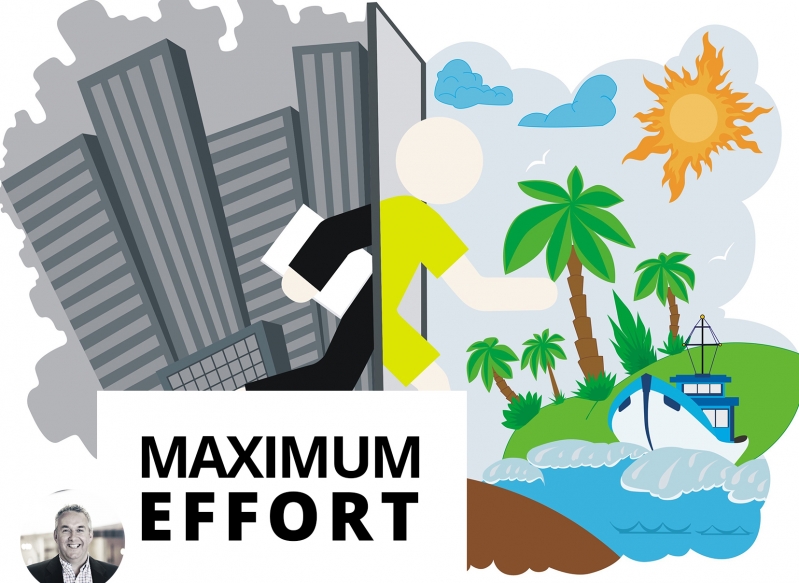 Super busy, but not making any headway? On holiday, but can’t switch off from the office? You could simply be operating in the wrong gear

It’s January, and getting back to your optimum level of productivity is taking a little while. Or you’re secretly thrilled to be back at your desk and making swift work of your chore list. Which feeling fits your modus operandi? The answer could relate to the ‘gear’ that you function best in, according to a new book, 5 Gears: How to be Present and Productive When There is Never Enough Time by Jeremie Kubicek and Steve Cockram.

The authors have identified five gears to describe the stages at which we operate – first being a contemplative mode, when we recharge; second when we connect with another person deeply and meaningfully; third when we are most sociable; fourth when we are multi-tasking and getting jobs done; and the fifth when we are hyper-focused or ‘in the zone’, working on a single project.

We can all probably recall a moment when we have been in each of these gears, but it is the ability to be cognisant of being in the right gear at the right time – and consciously shifting into the appropriate gear that is important. In fact, as the book’s sub-title suggests, it’s about using the gears appropriately that enables us to be in the moment, optimise our effectiveness and remain connected to our loved ones. “There is also reverse,” says Cockram, “to be able to admit you’ve made a mistake, apologise and be response. When we do this, people’s respect for us increases.”

Most of us feel more comfortable in one or two of the gears, explains Cockram, and for executives that can often be fourth and fifth, a zone where being ‘busy’ feels important and worthwhile. Yet he challenges that it’s third gear where all business happens, pointing to the effectiveness of leaders in networking and creating connectivity.

In fact, he points to the example of his co-author, Kubicek, as someone who is most comfortable in fourth and fifth.

“Our families decided to rent a country estate together when we decided to write the book,” says Cockram. “We’d been friends for a number of years and we were each others’ coach. When we started working together it became apparent that he didn’t know how to rest, he was useless at first gear and was like an energised bunny when we wanted to connect as a family.

“The language of gears came about as we started to explore different roles. I am task-focused and I like to hit the day early and get through things, and by the time Jeremie would start the morning I’d want to discuss ideas and make decisions, while he’d be wanting to grab a coffee and get started slowly. Luckily we’re both good at reverse gear and saying sorry.”

It’s knowing which end of the spectrum fits you best, and working hard on the ones that don’t that are key to success, believes Cockram. “You meet introvert thinkers or workaholics who don’t know how to socialise, and they hate third gear,” he says. “Or really caring and sociable types who struggle to be in first gear. Most people have two gears they’re really good at, and one they can fall into, but two which they struggle with.

“Transitions are key to connectivity – be conscious about which gear to be in each context and take a minute to switch. Spending one or two minutes to refocus can be all it takes to make the change.

“Leaders define culture and a leader who knows and cares about people is far more effective in creating a productive workplace. It can be a learnt skill, but it makes it easier for others to adopt the same care and connectivity throughout the business. Being intentional in the gear you’re in can help other to do so too.

“It might be tempting to outsource your weakness, but ultimately this will undermine your productivity and it really is more impactful to hone and refine the skill yourself.”

Cockram says that he doesn’t believe anyone has all five gears working to the same level, and that success is comprised of nature, nurture and choice. “Most leaders learn by trial and error,” he says. “We always look at geniuses or celebrities and think they have it all, but having worked with many big brand CEOs, the truth is nobody finds it easy.

“You can get better but it has to be a conscious decision to work on it. Life is constantly throwing us curveballs and under pressure we usually default back to our former selves, but if we know what we’re doing and why, the reset doesn’t take so long.”

Cockram says planning from the lowest gear up is usually the best way to get back on track. “Book a holiday or break,” he says, “otherwise work takes over. First and second gears enable you to look after close family. Third gear is about hospitality but fourth and fifth gears are the product of these things, enabling you to move forwards.

“At the end of life, being a father, husband, friend and son are most important things. Nobody wishes they had spent more time at work, but building deeper relationships is what it’s about.”

So maybe booking that vacation isn’t such a bad idea at all – knowing that we have time planned with loved ones could be just the remedy for the January blues and cranking up our productivity once more. 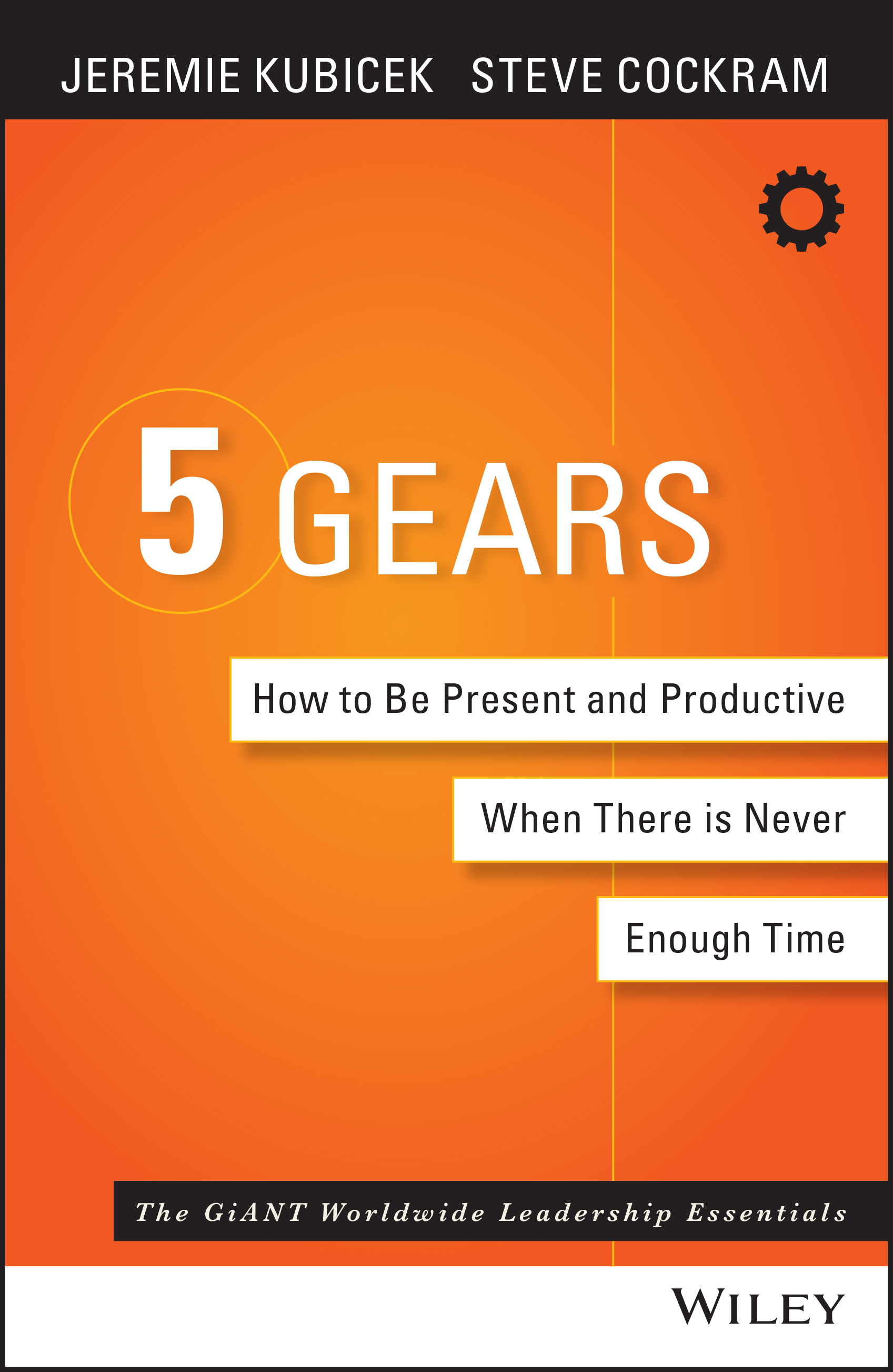 5 Gears: How to be Present and Productive When There is Never Enough Time by Jeremie Kubicek and Steve Cockram is published by Wiley.