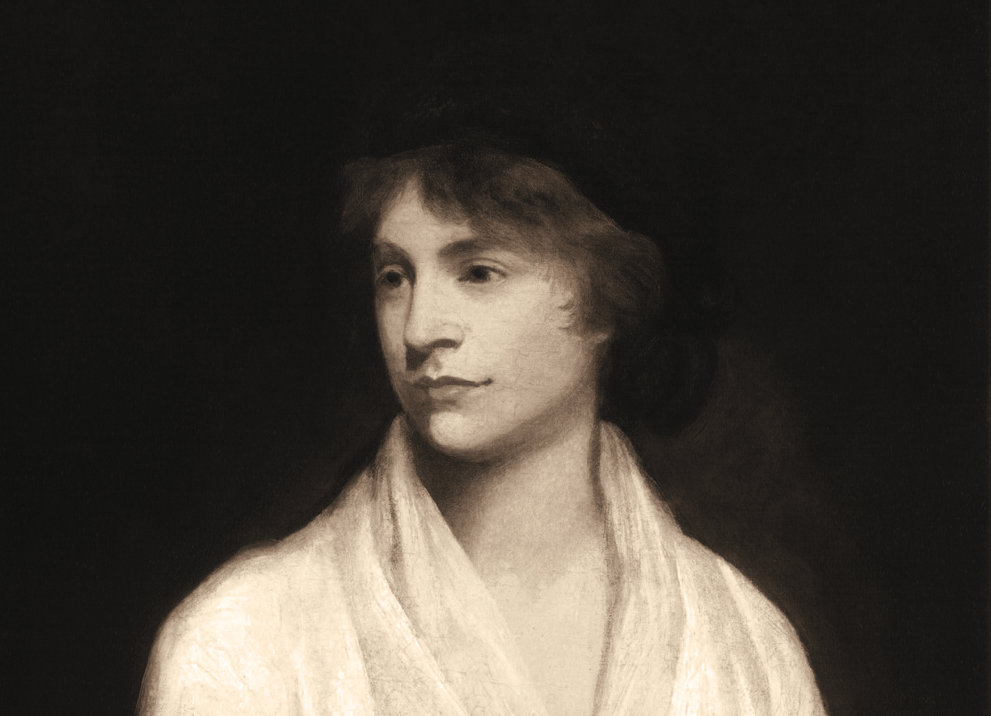 “Beware; for I am fearless, and therefore powerful.”

Born in London in the late 18th century, Mary Shelley’s life began in tragedy. Her mother passed away from childbirth complications when Shelley was eleven days old. Philosophically advanced for his day, Shelley’s father, William Godwin, would make sure that she knew her late mother well. Both of her parents were philosophers, educators, writers, and feminists. Godwin was constantly in debt, but his trailblazing philosophical and political works were so popular in the philosophical movements of the day that he was often bailed out of debt by more financially successful patrons and peers. As a result of this unstable ground, Mary and her sister were sent to stay with family friends for extended periods. It was at on one of these visits that her true thirst for knowledge and love of words began to flourish. She became romantically involved with the radical poet Percy Bysshe Shelley, from whom she would later take her married name. Percy had learned the writings of Mary’s father and had become friendly with the family. In 1816, the couple travelled to Lake Geneva, and out of this creative sojourn, Frankenstein was born. Mary Shelley was in the company of great thinkers, writers and activists her whole life. Yet, more than any of them, her timeless creations – Frankenstein and his monster – have proved to be the ones most truly immortal.

“Mary Shelley paved the way for many literary women, overcoming personal tragedies as well as the prejudices of her time.”