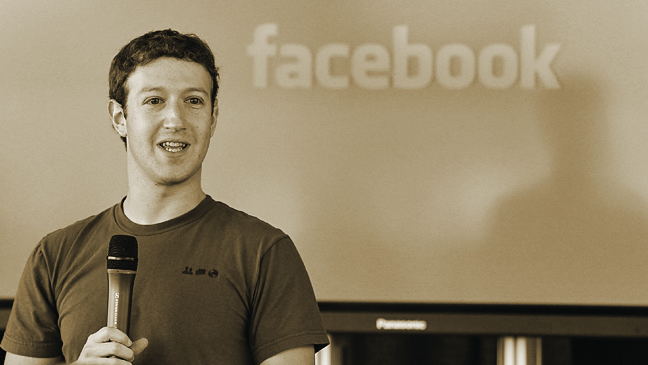 As co-founder of Facebook, Mark Zuckerberg is one of the most influential men in the world. Born in 1984, the son of a psychiatrist and a dentist Zuckerberg began using computers and writing software in middle school and learned ATARI basic programming in the 1990s. Described by his software tutor as a prodigy, Zuckerbeg loved the communications and gaming aspect of computing.

As a child he designed a system he called “Zucknet” to allow his father’s home and work computers to communicate in “Instant Messaging” style, long before AOL had released their system and at High School he developed a music player that learned its user’s listening habits. Both Microsoft and AOL wanted to hire him, but instead he went to Harvard.

It was here he wrote a programme he called Facemash which allowed students to vote on who was the “hottest looking”. It was so popular it caused the Uni’s network to crash and had to be taken down.

Zuckerberg launched social networking site Facebook for Harvard in 2004, then spread it to other universities and afterwards throughout the worlc, becoming a billionaire in 2007 at the age of 23. Major corporations offered to buy the company, but Zuckerberg and his team refused, explaining: “For me and my colleagues, the most important thing is that we create an open information flow for people. Having media corporations owned by conglomerates is just not an attractive idea to me.”

“By giving people the power to share, we’re making the world more transparent.”

Mark Zuckerberg’s creation has enabled people to meet and become connected in ways never before envisioned. Whole communities share experiences thanks to his vision, and because of it he is now one of the world’s most influential people with a personal fortune estimated at $13 billion. – Bernardo Moya