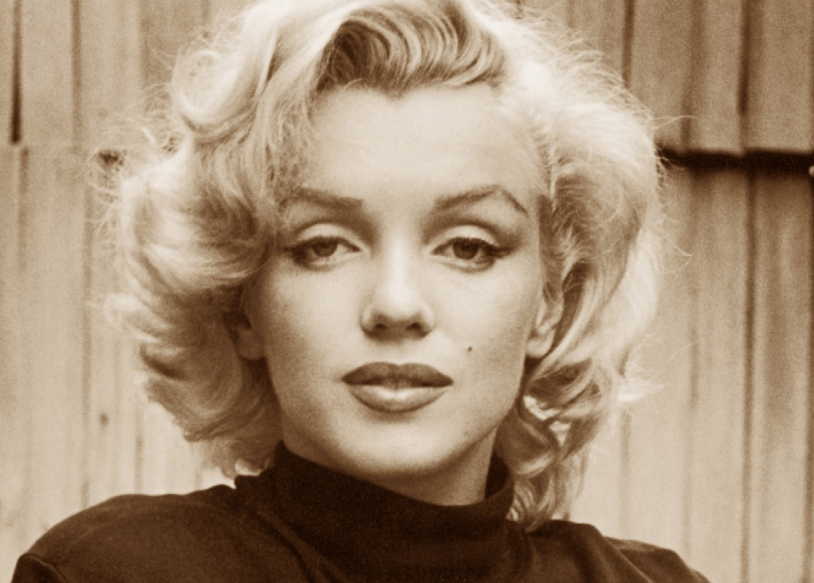 Born with the name Norma Jane Mortenson, Marilyn Monroe came into the world via a hospital charity ward in 1926 Los Angeles. It seemed destined that Monroe’s mother would pass her hardship-prone life onto her daughter; indeed her mother became pregnant with her first child at age 15, went on to divorce her first husband soon after, and had Marilyn by a different father just a few years later.

Taking a few key points into account, Monroe’s early childhood would seem to be an all-but-assured path to a successful Hollywood career. Her mother worked in film editing for top Hollywood studios, was based in Los Angeles and rubbed elbows with movie producers. However, Monroe’s mother made very little money and placed her in foster care for the first seven years of her life.

Her mother, institutionalised for schizophrenia for most of the rest of her life, Monroe became a ward of the state and jumped from foster family to foster family throughout her upbringing. After marrying early in an attempt to stay in California, a stint as a housewife, and serving as a munitions factory worker during WWII, Monroe had a chance encounter with a photographer.

Soon after, she began modelling full-time. Several magazine covers later, she was offered a contract by 20th Century Fox. Casting off the shackles of her bleak childhood and early adulthood, Monroe divorced her husband and focused entirely on her burgeoning acting career.

After a few brief roles in small projects, Monroe broke through in key films that were buoyed by polarising photographs taken of her. All of the well-timed publicity served to push Monroe into the national zeitgeist and provide the launch platform for her legendary leading lady career.