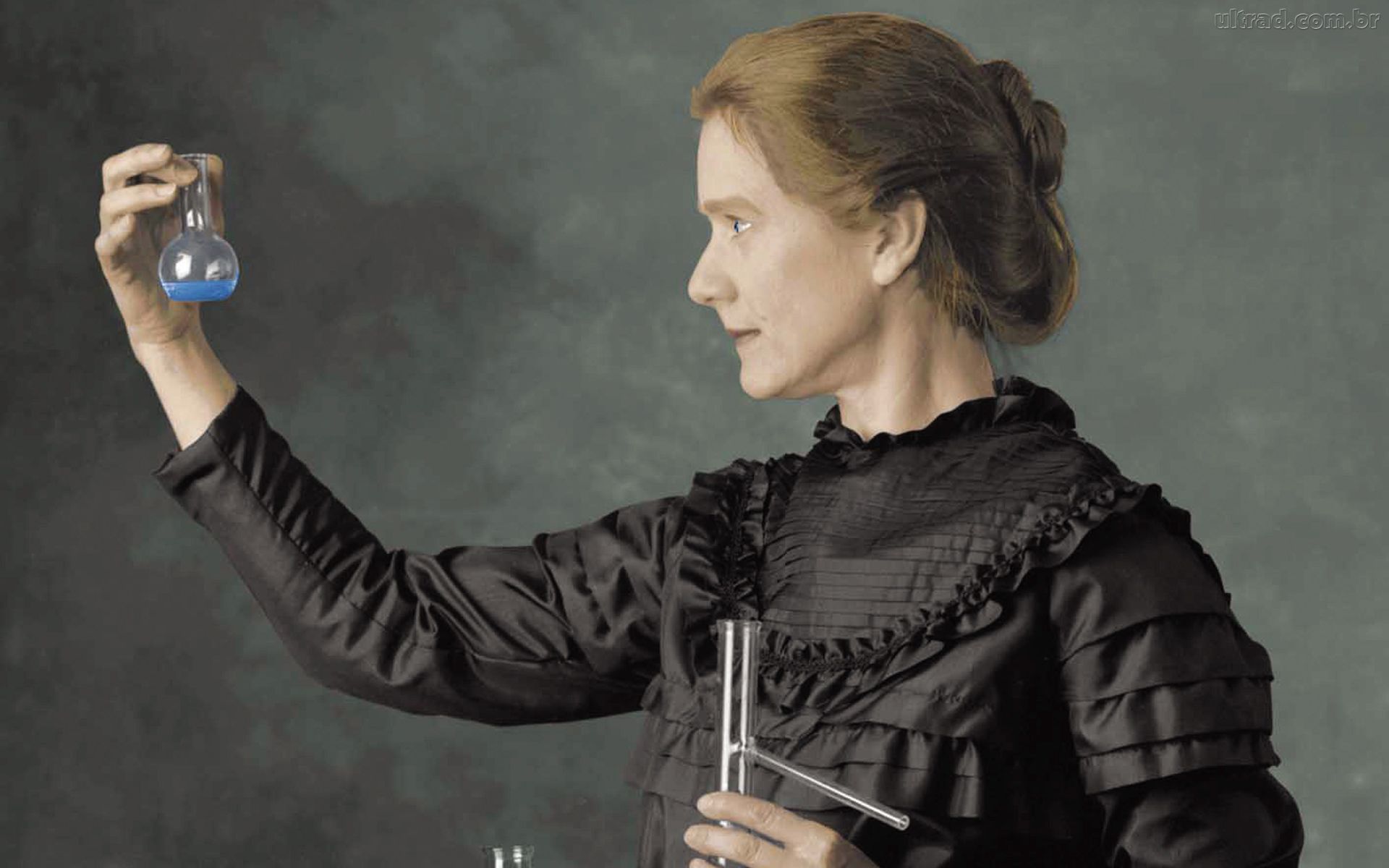 Born in Warsaw in 1867 to a family impoverished for taking part in uprisings against the Russian Empire, Marie studied at Warsaw’s clandestine Floating University which taught according to traditional Polish values in opposition to Russia. When she was a child, her sister died of typhus and her mother died of tuberculosis. She made an agreement with her other sister to support her through her education in return for the same, and then took a post as a governess.

Aged 24 she studied in Paris, eating little as she faced freezing winters, often fainting from hunger. She studied in the day and tutored in the evening to pay her way.

As a graduate, she coined the term “radioactivity”, discovered the elements polonium and radium and founded the Curie Institutes in Paris and in Warsaw, still important centres of medical research. During World War I, she established the first military field radiological centres estimated to have helped one million people.

Her two Nobel Prizes, in physics and chemistry, were for her work with radioactive substances, and she went on to become the first female professor at the University of Paris (La Sorbonne). Her pioneering work in radiation came at a cost. The radiation was eventually to kill her.

Marie Curie’s devotion and determination to succeed when the doors were so often closed to women in science is deeply inspiring. Her work overturned established ideas about science and gave the world a weapon in the form of radium with which to combat cancer. She paid the ultimate price in the service of mankind.

“Nothing in life is to be feared, it is only to be understood. Now is the time to understand more, so that we may fear less.”