Malala: The Making of an Activist

Home Malala: The Making of an Activist 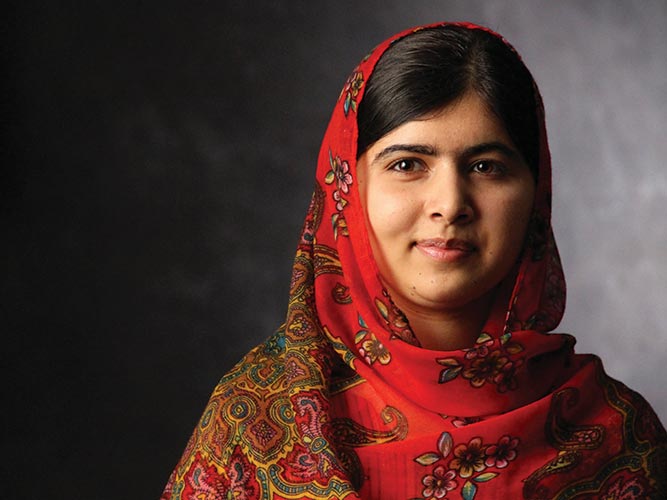 The shooting of schoolgirl Malala Yousafzai shocked the world. At first, the reports coming out of Pakistan were sketchy: a girl travelling in a school minibus was singled out and shot in the in the head by a Taliban gunman in retribution for wanting an education. The girl, who would come to be known the world over as just ‘Malala’, was only 15 years old when her life was nearly ended by an obsessive, oppressive ideology.

The bullet skimmed the side of Malala’s brain, causing life-threatening swelling that could only be alleviated by the emergency trepanning of her skull. Malala was airlifted to a nearby hospital, and the Pakistani army and the government intervened to ensure she provided world-class hospital treatment. After emergency brain surgery, Malala was brought to Britain to continue her recovery, away from the danger of further attacks.

Malala’s story spread quickly around the world, hitting headlines from America to Australia, and increasing further worldwide condemnation of Taliban barbarism and the hardline views the fundamentalist movement seeks to impose. As Malala recovered in hospital, she became a potent symbol of defiance and hope.

However, Malala’s story goes back much further than this single, horrifying event; she was targeted because she was already an outspoken critic of the Taliban, spurred on by an undeviating sense of right and wrong that she had learned from her childhood.

Malala’s real story begins with her birth in Mingora, in the Swat Valley in Northern Pakistan in 1997. Her father, Ziauddin, was poor, but he was a man who knew his own mind and was willing to defy convention. He named his daughter after Malala of Maiwand, Afghanistan’s greatest national heroine, who in the 19th century gave her life helping to defeat the British. From the time of his daughter’s birth, Ziauddin told his friends, “I know there is something different about this child.”

Because she was a girl and not a boy, Malala remembers, “when I was born, people in our village commiserated with my mother and nobody congratulated my father.”

Nevertheless, her father invited friends to give her birth gifts, just as would be done had she been born male. Malala’s grandfather refused to break this convention, so later on, Ziauddin prevented him from giving gifts to his newborn sons. Equality was the rule in Malala’s household – as was evidenced by the way Ziauddin always consulted with his wife, Toor Pekai.

Perhaps, it was because Ziauddin had also faced prejudice that he felt so strongly about fairness. As a dark-skinned boy with a stutter and the son of an accomplished public speaker, Ziauddin often faced both the community’s and his father’s disapproval. Undaunted, Ziauddin decided to prove himself by entering a public speaking competition when he was a boy. His father openly mocked him at first, but eventually relented and consented to write him a speech. Ziauddin applied himself to mastering his speech impediment, and thanks to his determination and his mother’s faith, he won first prize.

Ziauddin went on to become an impassioned public speaker and education activist, with a natural talent for connecting to his audience. He became an advocate for a more liberal, kinder attitude to life, and argued passionately for education for all.

This inspiration was something he instilled in Malala. She recalls, “it was my grandmother’s faith in my father that gave him the courage to find his own proud path he could travel along. This is the path that he would later show me.”

Malala grew up literally surrounded by education. Ziauddin founded a school in Mingora, and he was soon voted chairman of the Swat Association of Private Schools. As chairman, Ziauddin expanded the association, and worked to ensure that school owners weren’t forced to pay bribes to local police. Steadily, Ziauddin built a reputation as an educator and a decent, principled man respected by the community.

Malala began public speaking at the age of 11, when her father took her to Peshawar to address the local press club. It was at a time when the Taliban had increased their presence in the Swat Valley, and Malala was highly critical of them. “How dare the Taliban take away my basic right to education?” she asked her audience in a speech that went on to receive television coverage.

Malala went on to work in a youth programme, helping people engage with social issues through journalism, public debate and dialogue. When the Taliban demanded the closure of girls’ schools, Malala was asked by a BBC reporter to write a diary about living under the Taliban regime. Her accounts of everyday life, written under the pseudonym of Gul Makai, were voiced by an actor to preserve her anonymity.

Malala told of how the Taliban controlled every aspect of people’s daily lives, even down to the lengths of men’s beards. She recounted the beatings of innocent people, murders, and the dumping of the decapitated bodies.

Writing as ‘Gul Makai’, Malala was making herself an enemy of the Taliban. So, when the army moved entered her town of Mingora, she fled with her family.

Almost exactly a year later, with the Taliban supposedly defeated, Malala returned to school in Mingora, and her horrific attack took place. From that moment onwards, Malala’s platform for advocacy would never be the same.

Thankfully, Malala not only survived, but has gone on to thrive. Instead of letting an attempted assassination define her, she has used the fame it brought her as a platform to advocate for girls’ education rights around the world.

Surgery has repaired the severed nerve in Malala’s face, allowing her to smile again, and she has a platinum plate in her skull, which fills the surgical hole made to save her life. Malala has written a bestselling book about her activism, and in 2014, she received the Nobel Peace Prize, becoming the youngest person ever to receive the honour.

Malala now lives in England where she attends Oxford University, and at just 20 years of age, it’s clear she’s just getting started. She’s certain that her future will be in politics, and her mission is to change the world.

“With this height to reach people, I also have great responsibilities,” Malala says. “Peace in every home, every street, every village, every country – this is my dream. Education for every boy and every girl in the world.”