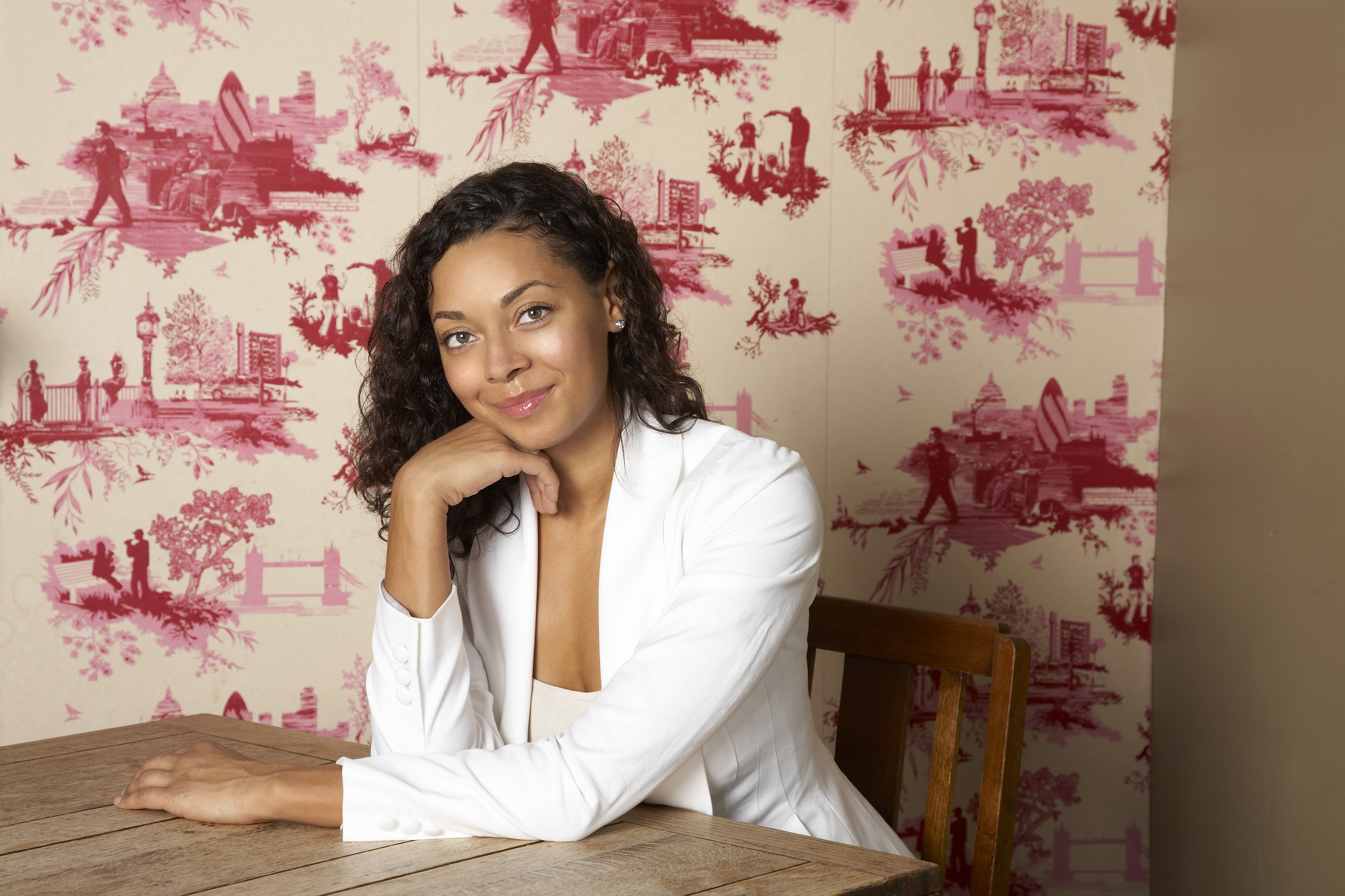 Entrepreneur Jessica Huie has worked for 10 years at the pinnacle of the British media, including seven years under the wing of PR mogul Max Clifford. She’s worked with the likes of Simon Cowell and Peter Jones and now at the age of just 32 runs the London Branch of Forward Ladies, a support organisation for women in business. The Best You find out how she started out, and what gave her the idea for her latest venture, Colourblind Cards.

“After that, she decided to be a journalist. But when she fell pregnant at the age of 17, it looked like her hopes would be dashed.
“Initially my dad was really quite devastated,” she recalls. “He’d worked all his life to give us opportunities. All the extra- curricular piano and ballet lessons, that
cost lots of money for us. So he was very disappointed.”

But under the influence of a mid-wife Jessica went back to college and her parents’ belief that she had thrown her life away began to change.
Jessica did intensive courses at college and went on to go to university. She was determined to prove that single mothers weren’t the scourge of society, as the pervading message seemed to be at the time. At this time, too, came her big break when she was 18.

“My very first job in the media world was working for Connie Filippello,” she recalls. “One of my part time jobs was working at a hairdresser’s. I was washing this lady’s hair and you have to make small talk and she said … she’s a real large diva-ish, wonderful character and she said, ‘Darling you are too intelligent to be working here. Come and work for me’.” The woman was a publicist who worked for George Michael and Versace.

After leaving university, Jessica went on to work for the BBC and numerous other organisations, before going to Max Clifford. While she was working for the publicist, the idea for Colourblind Cards came to her. “I was looking for a card for my daughter,” she recalls. “She was going through this stage where she wanted to look life everything that she wasn’t, and I wanted a card to represent her. She was seven, she has gorgeous curly, brown hair, but she wanted long straight hair like Barbie. So I went looking in the card realised there was a complete absence of anything representing the society we live in, which is probably the most multi-cultural city in the world.”

Jessica realised that it was really important that kids have access to images which represent them.
She says: “We’re bombarded, particularly girls, with ideals of beauty all the time, many of which are really unattainable and unhealthy. I wanted to create something which would say beauty comes in all guises and you’re beautiful just as you are. That’s kind of the ethos behind the range. On a commercial level it just seemed like a crazy oversight, considering the market and I came up with the idea of Colourblind Cards there and then.”

Jessica started the business in her lunchtimes while working for Max Clifford, doing her emails in the evenings. She carried on for two years in this way, as the business began to grow. She then went on to set up her own PR company, but kept Colorblind Cards “ticking over” as she established her business.

“Recently I re-evaluated it, and I’m spending a lot more time and focus now on Colorblind. We have a wonderful position, we have a really strong following and people love the brand and love what we’re doing. Which is wonderful.” The cards show a very strong mixture of multi-ethnic images, using real people to celebrate birthdays, Christmas and son on. Alongside the cards are other gifts such as mugs, magnets and baby-grows, and you can also personalise your cards with the name you want.

The cards sell in the UK, South Africa and in the US, as well as Barbados and Bermuda. They are stocked by many independent retailers, and can also be bought from the website, colorblindcards.com.
For anyone wishing to find a card that has something a little bit different and that is right for them, Colorblind Cards are certainly worth considering.

Jessica continues to work hard, expanding her business interests and also running Forward Ladies in London, in order to help women entrepreneurs. Her efforts have won her recognition from the highest places, including a visit to Number 10. So what does she hope for the future?

“I’d like to be the market leader globally for multicultural greeting cards. It’s a real step forward that people can walk into the High Street and see black faces on greeting card shelves. I want to spread that globally. It’s not about race, it’s not about exclusivity. It’s about inclusivity. We’re all one people … we’re a human race and I’m trying to create something which is all-encompassing. We’ve got lots of plans.” And how would she like to be remembered?”As someone who helped, I guess,” she smiles.