Love is in the web

Home Love is in the web 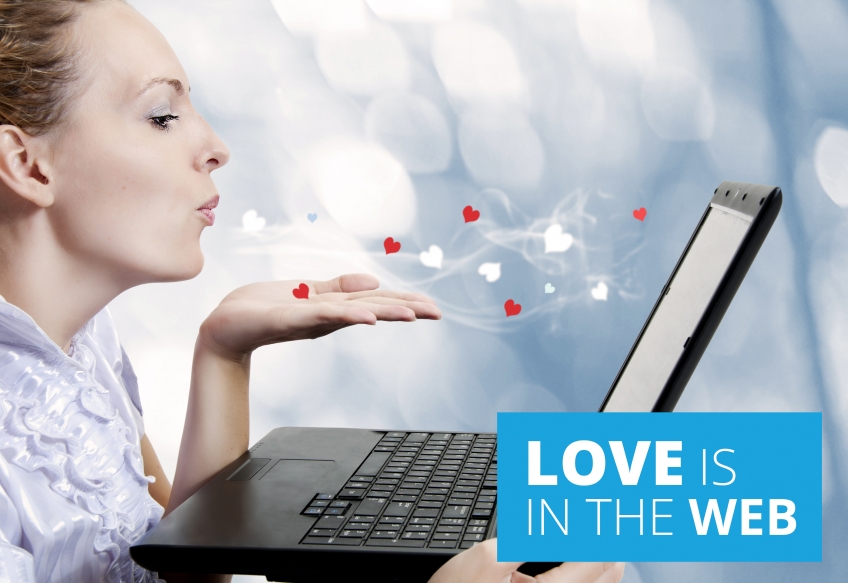 Less than a decade ago, the concept of meeting someone online had a stigma attached to it. Now it is pretty much commonplace, and with the existence of apps like Tinder and OkCupid, it seems to be something all the cool kids are doing.

According to a study led by John T. Cacioppo from the University of Chicago’s Department of Psychology, a third of newly married couples met online. A separate study conducted by eHarmony suggests that this figure will rise to 70 per cent in the next 40 years. Online dating is becoming more and more acceptable in the developed world, and even some developing countries such as South Africa and India have seen a huge increase in the popularity of online dating in the last few years. Generations X and Y have taken to this new phenomenon like lonely ducks to water, but what does this mean for the diminishing art of traditional dating?

“When you’re living in a big city, like London”, says James, a 32-year-old Londoner, “it’s difficult to meet people organically. Generally the only people you meet are friends of friends and colleagues. Dating these people can be a risk because if it doesn’t work out, you will still have to see them at social gatherings of your mutual friends or around the office. Alternatively, you could meet people at clubs or bars, but that just feels tacky. Online dating negates all of that and allows you to meet people who are in your age range, have similar interests, and if things go belly up, the chances of seeing them again are slim to none.”

James is just one of millions of people who have found dating refuge on the web. “It’s also a lot less work”, he adds. “All you have to do is scroll through your matches and message the ones who look interesting. If that turns into a date, great. If not, just keep scrolling.” And you have the added bonus of being able to do all this while re-watching Breaking Bad for the fourth time.

Match.com launched in 1995 as one of the first major dating site. Many others soon followed suit, such as eHarmony, Chemistry.com and JDate. In order to join any of these sites, you had to subscribe, and that cost money. In 2004 OkCupid came along and broke the mould with a free online dating service, which meant that it became more available to the younger, less affluent generation. And for extra appeal to the younger more alternative demographic, OkCupid made non-monogamy and looking for casual sex both options when setting up your profile. Since then, it has become the poster site for alternative dating, attracting many people from the polyamorous and kink scene, as well as those looking for good old-fashioned loving.

In 2012, InterActiveCorp launched an app that almost immediately changed the face of casual dating for people in their 20s and 30s. Tinder is incredibly simple when compared to its older counterparts; it only requires your picture, gender, age and location, as opposed to a detailed profile. Because of this, it has become an infamous ‘hook-up’ app rather than a dating site.

“I tried Tinder out for a while”, says Linda, a 28-year-old London resident. “All my friends were on it, and I had recently broken up with my boyfriend, so I thought I would give it a try. But judging whether or not I wanted to go on a date with someone based purely on his photos felt a bit wrong. Yes, you will chat to them a bit before actually meeting them, but I like to know a bit about a person before deciding to initiate a conversation. That’s what makes online dating better than traditional dating. Otherwise you may as well go pick guys up in a bar.”

Dorothy, a 67-year-old Canadian, doesn’t approve of online dating at all. “My daughter recommended that I start online dating. Apparently there are sites that are for the older crowd, but the whole thing makes me very uncomfortable. I mean, a man’s whole profile could be fake! He could be a con artist or something. Also, I don’t like that everyone who looks at your profile knows why you are there. If you go to a party or bar, you could be there looking for a date, but it’s not advertised to the same extent. If no one appeals to me at a party, I can just pretend I am there with my friends and not looking for anything more.”

With online dating still on the upswing, traditional dating may become a thing of the past. “People really romanticise meeting in the real world”, says Jamie, an avid OkCupid fan from Albany, NY. “Sure, their profile could be fake or whatever, but people lie in the real world too. I have heard so many stories about couples who are all hunky dory while they are dating, then as soon as they get married, the husband starts getting abusive or whatever. That can happen in the real world just as much as it can happen online. Meeting online doesn’t change human nature – it’s just a different means to an end.”

Since the inception of the Internet, we have been gradually moving everything online. People don’t walk around from company to company with a stack of photocopied CVs anymore. And, with the advent of music streaming, when was the last time you bought an album? Online dating is no different, which explains its growing popularity and acceptance. As Jamie says, it’s just a different means to an end.