Lonely at the top?

Home Lonely at the top? 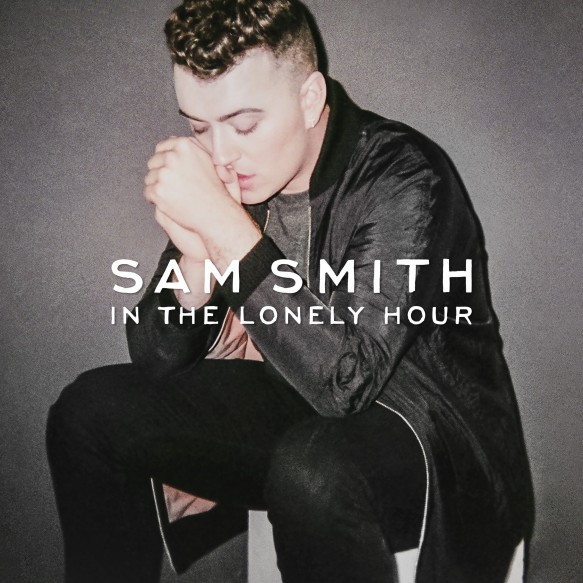 His voice has been called honey-like, angelic – even miraculous. He is modest, wears his heart on his sleeve and is also deeply ambitious. So who is Sam Smith, and where does his talent come from?

At first glance he doesn’t seem to fit the stereotypical image of a modern pop star, but with a burgeoning trophy cabinet and his recent transatlantic success, Sam Smith has taken the music industry by storm in just a couple of years. It seems like a quick trip to success, but Smith’s journey hasn’t been as straight-forward as it might appear. Born in Bishop’s Stortford on 19 May 1992, Samuel (Sam) Frederick Smith is the son of Fred, and Kate – a fruit and vegetable market trader and a finance worker, respectively. At the age of eight, Smith’s mother heard him sing Whitney Houston’s My Love Is Your Love, as she drove him to the local Catholic primary school that he attended, and she immediately recognised his talent. She promptly enrolled Smith into jazz singing lessons and musical theatre classes. These fields taught him the discipline and technique to bring greater control to his voice and push his vocal range to the limit. The combination of three genres – R&B, jazz and music theatre developed his performance mastery.

Smith was soon performing for his mother’s friends and associates at dinner parties,  impressing them with his accomplished vocals. At the time, his musical heroes were almost without exception women. “I loved My Love Is Your Love by Whitney Houston,” he smiles.  “Chaka Khan’s Through the Fire, Aretha’s I Say A Little Prayer, Etta James’ All I Could Do Was Cry…” He puts the quality of his voice – described as angelic by some – with its extraordinary range and famously pure top end down to one simple thing: “The reason I sing so high is because I spent my whole life imitating Whitney and Chaka. It feels natural to me to sing like that,” he shrugs. Although it’s easy to describe Smith as having a privileged background, this tells only part of his story. “Until the age of four I lived in a tiny two-bedroom house,” he says, though he adds the family’s fortunes soon changed.

His mother had started work as a bank clerk in Islington and later became a City trader, earning £500,000 a year. A family move to a big house in Cambridgeshire with a pool soon followed, as did fantastic family holidays. His mother secured him private lessons with jazz singer-songwriter Joanna Eden – hardly the average nine-year-old’s experience. Yet hard times followed when his mother was fired for alleged gross misconduct, because she was spending company time pursuing her son’s  career – something she vigorously denied. Smith is defensive about the silver spoon  argument. “The climb to money was sudden,” he recalls. “We were doing nicer things, travelling around the world. But just as quick as the climb was the decline. “We we’re in a whole different situation. So I actually get really angry when I hear people say I come from money, because when I was younger I had money and then I didn’t. So I really do know more what it’s like to be poor than I know what it’s like to be rich.”In spite of the circumstances, Smith’s mother was clearly a key factor in his success, but was she the only catalyst? His answer is telling. Alongside his mother’s financial support was his father’s practical help. “My dad, bless him, is the one who should get credit for that. Every day after school he would drive me to Kilburn where I’d be recording in studios.” His father also gave up his job on a Fulham fruit and vegetable market to promote his son’s talent. Things appeared to be going in the right direction for Smith. At 13 he secured his first manager and felt destined for the top. His mother’s sacking changed all that. The loss of money also meant that the family lost friends whom they had thought were close.

It affected Smith, who was sensitive and emotional. “Even now I get paranoid if one of my team doesn’t reply or seems angry with me – I’m like, oh no, that’s it.” Perhaps ‘paranoid’ overstates things. Most successful people exercise caution. It certainly explains Smith’s initial reluctance to move out of his £500-a-month rented flat when fame and fortune beckoned. Though well on the road to success, his modest home reminded him how fast things could go wrong. “It’s proper rundown. It’s good and humbling,” he says. One aspect of Sam’s character that has caused comment is his homosexuality, and it was widely reported that he came out during an interview with New York-based magazine The Fader in 2014. It’s a sign of thankfully more progressive times and a tribute to his balanced personality that he considers the idea ridiculous. He says he simply answered a question about his sexuality, voicing what he and everyone who knew him already acknowledged. “I didn’t come out,” he exclaims. “I came out when I came out of my mum! No, that side of things to me is just normality. I find it weird when people use the expression ‘coming out’ like it’s a massive party of relief.”

When he was 18, Smith’s parents split and he moved to London to seek fame and fortune. Within a year he found himself cleaning toilets to sustain himself, and split from his sixth  manager. He was losing hope. “Remember, I started when I was 13. I was 19, and all my friends were either at university or travelling, and I was stuck in London cleaning toilets, and I’d already had six managers, and I was like, ‘no, if it doesn’t happen next year I’m going to leave and travel and see the world’.” Thankfully, several opportunities materialised that ensured his talent was identified by the music industry. His big break came when he featured on electronic pop duo Disclosure’s single Latch, which climbed to number 11 in the UK charts. Next came La La La in a team-up with Naughty Boy. Neither were obvious pairings for someone schooled in R&B and jazz, but the dance/club tracks worked well. La La La brought him his first number one. A 2014 BRIT Critics’ Choice award followed as did winning the BBC Sound of 2014 poll.

His third single from his May 2014 album In The Lonely Hour was released. Stay With Me’s soulful and powerful vocals were an international hit. Now, after four Grammys and this year’s Brit Awards win for British Breakthrough Act, Smith is poised to enjoy a glittering career. The keys to his success are numerous.  Alongside raw talent, Smith had a supportive,  disciplined family background. He’s ambitious, but also careful to stay true to his roots. He could recorded more dance tracks, but his first album comprises ballads and love songs, where his miraculous voice shines through.

Emotion drives him. “I’m a highly emotional person… When I sit and write songs, in the moment, I project the way I feel in the song. I think you can hear that. And every time I sing it, I feel what I felt when I was writing it.” Love and heartbreak fed his first album. With candour, he tells how the album was inspired by unrequited love for a straight man. Before the album’s release, Sam told the man who’d broken his heart the album was dedicated to him. He recalls the man simply asked: “Are you OK?” He adds: “It was a lovely response… It was like closure to me. When I fell in love with this guy last year, it was the third person in my life I had really strong feelings for and they’d never loved me back. And this album was almost a way for me to break the cycle. I will never let myself fall in love with someone again in that way.” Smith is not a standard pop icon. He is not  conventionally handsome, he’s selfeffacing and  emotionally honest. Many have drawn parallels with the hugely gifted yet unconventional vocalist, Adele whose trajectory has seen her transcend pop with songs reaching far beyond the mainstream demographic, elevating her to iconic status. Sam Smith has many choices ahead of him. It will be fascinating to see which way he goes.

Sam Smith at a glance

• By 19, he’d had six managers and felt that he was getting nowhere

• Before he found fame, Taylor Swift invited him to guest with her at a gig at the 02 Arena

• His debut album, In The Lonely Hour, has already sold more than 3.5m copies worldwide in less than a year

• Suffers from OCD and often blogs about it

• Sam says he struggles with his weight and when he was young his father banned fatty foods from the house, including chocolate

• Sam is driven by emotion, which he says is the source of his great singing voice