Lives on the line

Home Lives on the line 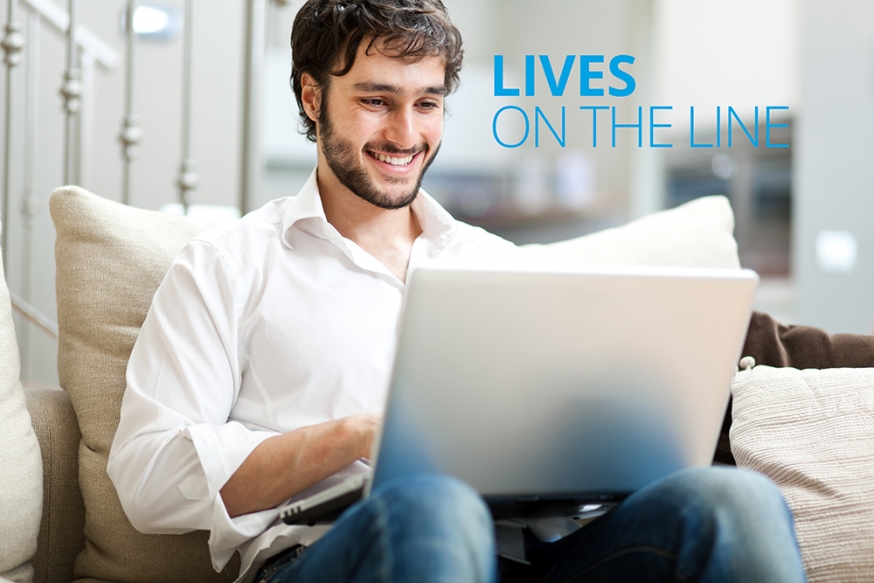 There are an alarming number of people in the UK who are not comfortable using the Internet. Argos has teamed up with a few charities including the Tinder Foundation to try and bring these members of the population into the 21st century.

We live in a thoroughly digital age, with seemingly everyone hooked up to the Internet on a laptop, tablet or mobile phone. With everyone and their grandmother on Facebook, the Internet has stretched its fingers across to embrace the entire world. It’s easy to take it for granted that everybody knows their way around computers. This, sadly, is not the case.

Whilst access and affordability are seen as barriers, knowledge and confidence remain major challenges in people’s continued online absence. According to research by the BBC into media literacy, one in four people are uncomfortable with technology, and one in five state they simply don’t know how to use it. Nearly one in five said they didn’t like to try new things on the Internet because of fears that they would do something wrong.

According to Helen Milner of the Tinder Foundation, “There are almost 10 million people in the UK who don’t have the basic skills to use the Internet. That means that they are missing out on critical thing such as jobs and timesaving technology, as well things such as keeping in touch with friends and family. It’s really important for them as individuals as well as for the economy that they get the opportunity to get those basic online skills that they need.”

Tinder Foundation is a not-for-profit social enterprise that supports a network of 5,000 local community partners and works with hundreds of national organisations in providing digital literacy to those who need it most.

They have teamed up with Argos to launch Argos Internet Workshops, an initiative aiming to help those without basic online skills. People within the community who have limited digital skills can come visit an Argos store for a two-hour session and walk away with increased confidence that they can access the Internet going forward. Specially-trained store representatives will help participants learn the basics of how to use a tablet, connect to and surf the Internet, use a search engine, set up email, stay safe online and more. Up to 10,000 people will be given training and a tablet to help them communicate, connect and develop the digital skills needed to feel confident online.

Argos has pledged to provide practical skills, access and technology to some of the 9.5 million Brits who are still not online. This is part of the company’s commitment as a board member of digital skills charity Go ON UK.

“The digital revolution continues apace; however, millions remain on the digital outskirts”, says John Walden, Argos Chief Executive. “Argos Internet Workshops have been developed to help people overcome the barriers of access and affordability and bring them online. Improving digital skills will help build people’s knowledge, understanding and confidence in digital technology. Our customers tell us they want help and, in response, we are giving away 10,000 tablets to those who most need them.”

The digital landscape is always changing, with more people being less inclined to use sedentary technology such as desktops. The trend is heading more towards mobile technology, such as laptops, tablets and mobile phones.

Research released earlier this year from OFCOM shows the number of adults using tablets specifically to go online almost doubled year on year from 24 per cent to 44 per cent. Whilst almost all age groups are more likely to use these handy devices, those in older age groups find them particularly accessible, with use by those aged 35-64 doubling and 65-74 trebling from 5 per cent to 17 per cent.

“We’re going to be training a minimum of 360 of our team to work with 10,000 of our customers to give them basic digital skills”, said Stephen Kelley, Area Manager and Business Partner for Argos Northern Ireland. “We’re doing this with 120 stores across the UK and Ireland and are hoping to make a really big impact with it.”

With such dedication, there is hope that the tides of computer illiteracy will start changing.

The workshops cost £20 per person and run until mid-January in 120 communities across the UK. They cover the following skills: