Life is sweeter with less sugar by Bernardo Moya

Home Life is sweeter with less sugar by Bernardo Moya 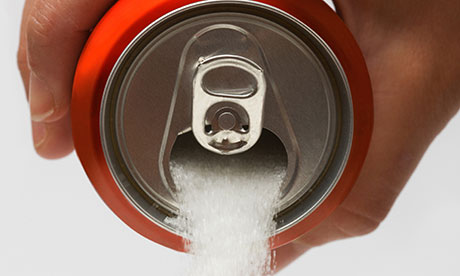 There are things we take for granted, assuming somehow they’ve always been that way. Adding sugar to your coffee, tea, or breakfast cereal is one of them. At home, there’s a bowl of sugar. Out and about, sachets of it are found at every café. Actually, adding sugar to our diet has only been something we do in the last 150 years. Now, like nicotine, it’s rightly coming under scrutiny as the negative health effects of sugar become more apparent.

This month we are waging war on sugar, dedicating four pages of this issue to the crazily excessive sugar intake we’ve become accustomed to, and its devastating effects. It’s time for us to take a look at what we are putting into our bodies and make a change for the better.

It’s not like we haven’t been here before. Not so long ago, concern about the impact of salt added to foods led to an agreement to slowly reduce the amount of it added. As it happened gradually over a decade from 2001, people didn’t notice – but the effect of Consensus Action on Salt and Health was to cut average salt intake by 15%, which prevented an absolute minimum of 6,000 strokes and saved around £1.5 billion in healthcare costs.

It’s clearly time to act on sugar in the same way that endemic salt use has been reduced. And that requires a lot less faffing by the government and the simple commitment to taxing sugary products and supporting moves to reduce consumption.

Some people will say that we’re suggesting a restriction on freedom, but how free are you truly when you don’t know just how much sugar some companies add to products, and are ignorant about its effects? And it’s not only the obvious products that contain excess sugar, like chocolates and fizzy drinks. It’s hidden in non-sweet foods, like ready meals, so-called ‘healthy’ breakfast cereals, diet foods, and even breads. Some 3.5 million people have diabetes in the UK and that costs around £8.8 billion to deal with annually – a figure set to rise to £15 billion by 2035.

If you believe that companies make huge profits off products with excess sugar should be taxed, please sign our petition. Just 20p per can of fizzy drink could raise £1 billion per year – money that could be put towards better healthcare.

In addition to our war on sugar, we also have a lot of other great content. With The Wolf of Wall Street making waves at the box office, we decided that we would double up on our lupine coverage. Leonardo DiCaprio, who stars in the film, is this month’s cover star. And Jordan Belfort, the real wolf of Wall Street who is now a motivational speaker who trained under Richard Bandler, so he gets a feature all to himself.

Then we also have a very important announcement to make. As of next month we will be teaming up with Gail Kingsbury, and she will become a contributing editor on our editorial team. We interview her and find out all about her life, acheivements and future plans.

“Like alcohol, a little sugar is fine, but a lot is not. And the food industry has put us way over our limit.”