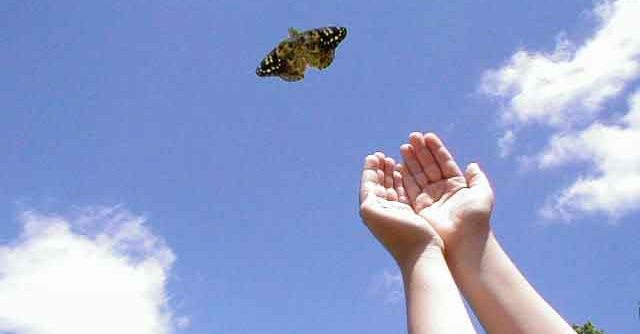 Tough, innit? It’s really hard for me to admit that sometimes, no matter how much you love them, there’re inevitably parts of your life that you just have to leave behind: old clothes you used to love but never wear anymore; CDs you thought were IT when you got ‘em but wouldn’t be caught dead near any now; and my least favourite, letting people go.

The first two concern inanimate objects so hey, it’s really not that bad after a while. Gotta clear out the clutter every now and then, right? The hardest part, however, is when you find that said clutter contains damaged relationships and bittersweet memories. Imagine investing time and emotion and effort, over and over again, nurturing a friendship and/or relationship for years and thinking that things are watertight. I mean, you guys have a blast, love each other, are there for each other, and so on. But then things start happening, start changing, start eroding, start ending. Suddenly there’s so much griping and awkwardness and tension, and you ask yourself, “Where are all these undercurrents coming from?” You try to fix it. No dice. You try yet again. Still no dice. Eventually you realise that while you meant everything you said and did, the other party either didn’t or stopped meaning it before you noticed. Confused? Perhaps an analogy to help clarify matters.

Say you’re a dependable person, can be counted on for help and advice, no judgement attached. When they come to you with their problems, you soothe, comfort, empathise. You don’t hold their mistakes against them. You don’t write them off as hopeless cases even though their lapses become a pattern. You know them inside out (or so you think), but you love ‘em anyway. Then when your own problems come around, they do what you’ve done for them. That’s when everything’s still OK. But once things change, your problems become burdens they’re not interested in. They don’t care, can’t help, judge you, and leave you hanging when you need them most.

So now what? Where to from here? Try to salvage the wreckage or just let it go? While you’re still figuring out how to get back what you had before, you suddenly realise that the decision’s already been made for you. They don’t want you back. Imagine the shock, the disbelief, the hurt.

I’m not talking exes here, I’m talking friends. I happen to treasure friendships a lot, perhaps too much. Way too much. But it’s only natural if, after many years of being close to people, you try to fix it when things go awry, no? Because you know you’ll miss them. You care about them. You need/depend on them. Perhaps that’s the problem, needing people. But will they miss you? Do they need you as much or even at all? If the answer’s no, then you’ve done your best and been treated with indifference or insensitivity in return. “It’s over. Get a grip. Get a life. Things happen. Things change.” Just some of the stuff you might hear when you’re being given your marching orders. Sorry, make that indirectly given your marching orders. Even though nobody comes out and says it, the past is truly past and no matter how much you miss it, it won’t change the fact that the present sucks and there’s no future together. Your head assesses the situation, flips them the bird, and keeps it moving. Your heart lingers longer though, emotions being the irrational creatures that they are, hoping for a miracle that’ll make it all better. It’s not happening, honey. What else can you do but let go as well, right?

It can be hard, difficult, painful. It’s sad, it’s a shame, if you could just make things right everything would be okay…really? Would you really want fickle people as your friends? Would you really want to be that close to people who can turn on you when you least expect it? Wanna stick with people who needle you, deride your personality, constantly make you unhappy? Guess not, huh? So even though it hurts at first, you come to terms with it because life goes on and you can’t change who people really are.

All you can do is be yourself. You are the only constant in your life; everyone else is a variable and there’s no guarantee that they’ll always be there for you. There are those who will always love you, and even when they cannot help you or they fail you, you know they would give anything to make it right. Those people are your family, loved ones, and the exceptional individuals that are your true friends. Don’t sweat over anyone who doesn’t sweat over you. When it’s over, it’s over. But don’t worry. Eventually you find where you’re meant to be and whoever’s meant to be there with you. The real deals don’t fall apart; they weather rows and tantrums, spats and fights, because they’re exactly that: the real deals. Settle for nothing but the best. It’s so much more fulfilling, and most of all, it’s mutual no matter what.