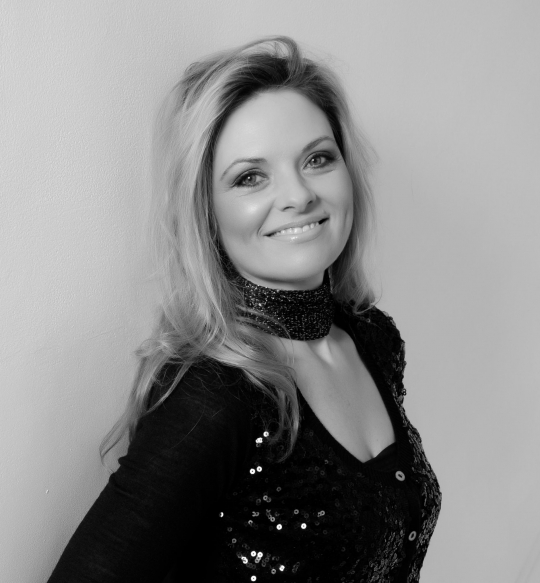 Gina Nelthorpe-Cowne is the Managing Director of Kruger Cowne; one of Europe’s leading talent management agencies, representing the likes of Sir Bob Geldof, Lily Cole and Boris Becker, to name a few. Bernardo Moya finds out how it all happened.

According to Gina Nelthorpe-Cowne, there’s one key skill that every businessman and woman needs: perseverance.

“You have to have perseverance. If you’re going into business and you fail, and you give up too quickly, then you’ll never succeed. Very few people succeed first time round, so the best advice is that you get up, dust yourself off and start all over again.”

The phrase, “practice what you preach”, couldn’t ring more true as Gina’s approach to her career has been just that; persistence and perseverance in finding a role that made the best possible use of her talents.

However, her success wasn’t a sure thing by any means. Growing up in Johannesburg, South Africa, her Afrikaans school was rigidly Calvinistic. The frequent use and borderline abuse of corporal punishment made attending school a distant notion, brought closer only by Gina’s love of art and literature. At the age of 16, the balance tipped and Gina left school.

“In a way, I think that made me who I am today. I think I wouldn’t have been the same person had I finished.”

Despite her lack of qualifications, Gina put her wit and optimism to good use and went about starting her own business. She, and the mother of one of her friends, came together to produce and distribute homemade ice cream.

Although the business failed, like a few thereafter, Gina kept her chin up. Her determination was what propelled her into her first big break; a beauty pageant with a difference. More specifically, The Philips Ladyshave Pageant.

Gina had done a fair bit of modelling herself while she was at school, but only as a means to make a little extra pocket money. Nonetheless, she took what she knew and plugged it in to become the most prestigious beauty competition in South Africa.

“I went to SA Philips, the white goods company, and I asked them if they’d be prepared to sponsor such a thing, and they said, “No, what would be interesting for us in that?” I said, “Well, you do Philips Ladyshave, so why don’t we call it The Philips Miss Ladyshave? We find a girl with the best legs in town. ” Gina advised that this girl could be the Philips brand ambassador for South Africa.

So, Gina pieced together a proposal, which Philips gladly accepted and they went on to work together on the show for three years.

“It was the first beauty pageant in South Africa that had a house as a first prize. This girl was made.” That was Gina’s first real sense of accomplishment, and little did she know how short-lived it would be.

After the Philips contract, Gina went on to try her hand at other various projects. One of the more successful was the creation of the African Wildlife Club, where she worked alongside her future husband, Mark Cowne, who was developing game lodges at the time.

“We organised all kinds of lectures and tours on everything related to nature and conservation. I helped him and he helped me.”

The club would often hire speakers and lecturers, all of whom were scientists or celebrities. Looking back, Gina says, “I think that is probably the base of what led me to do Kruger Cowne. Those people were personalities; they were leaders in their fields. We booked them to deliver speeches and lectures – similar to what we do today.”

In 1997, Gina, her husband and their two children moved to the UK. Arriving in London, they dived straight in to a relatively unexplored area of the market in hopes of birthing something new and exciting. Their creation was a high-end, interior decorating and design magazine, which ran for eighteen months. Unfortunately Condé Nast upped their game and ran the couple out of business.

“I think failure, as much as success, is what builds us and what makes us who we are,” Gina reminisces.

Within just a few months, Mark managed to land a job at an IT firm outside of London and, as such, he spent a great deal of time away from home. This situation did not suit the family well and so Gina decided to jump in again; she opted to work for her brother-in-law, the BBC World Affairs Editor, John Simpson, CBE, who offered her a role as his personal assistant.

One day, however, a series of phone calls saw the birth of an idea that was to become Kruger Cowne. An agent who was looking to book John for an upcoming speaking event approached Gina and a few minutes later, another agent called to book the same thing. Four more calls followed. Gina realised that these agents were not directly representing artists; they were simply catalysts trying to piece together events on behalf of others.

Gina saw this as an amazing opportunity and lunged at it – she asked John if she could represent him as his agent rather than having third parties constantly approaching him. He agreed and because of her highly personalised service, Gina was soon working with many of Simpson’s colleagues at the BBC.

Many other names were picked up along the way including the likes of Bill Wyman, whom Mark met at a party. Through these new contacts that the couple formed, Gina and Mark met Sir Bob Geldof. It was Gina’s difficulty in handling Sir Bob’s particular needs and requirements that brought Mark into the company.

“I’ll never forget the first job that I did with Bob. He was the most impossible human being on the planet to deal with,” she smiles. “I called my husband and said to him, “I need your help, I can’t deal with Bob. You’re going to have to come and help me. Let’s build this thing together.”

From that moment onwards, Mark and Sir Bob managed to forge a firm friendship; Gina reflects on the notable change that came about having settled with the Boomtown Rat, “He’s probably one of our easiest clients. Mark knows him so well we know exactly what he wants, what he needs, what he likes, what he enjoys to do. It’s just been a wonderful growth with him.”

Now with 35 exclusive speakers and about 300 other artists, Kruger Cowne is a thriving business, so much so that it has managed to create quite the list of clientele, the likes of which include; Google, Deutsche Bank, RBS, Tesco, Volkswagen and Mercedes amongst many, many more.

Dealing with some very big egos requires its own set of skills, but Gina and Mark meet the challenge.

“I think because we work on a personal level with them, especially the ones we exclusively manage, we’ve grown with them and we know what they’re about and understand them. You’ve got to know who you’re dealing with their likes and dislikes, and once you understand them then I think it’s easy.”

On the other hand, there is only so far that Gina will go to accommodate these big personalities, adding, “Regrettably when their egos exceed their abilities, we prefer to cut them out. We’ve done that in the past.”

As for the future, Gina tells me about a new division of the company:

“Kruger Cowne is growing. Kruger Cowne Rights will be doing TV productions, we’re busy with book deals, brand ambassadorships, brand endorsements – it’s a different side of Kruger Cowne that we’ve not engaged before.”

Another venture included public speaking classes for anybody, from our existing clients to leading CEOs and managing directors as well as even someone looking to give an amazing speech at a wedding.

For Gina, being a successful entrepreneur (a word she finds peculiar to think of as a profession in its own right) requires you to be passionate about your ideas.

“But,” she adds, “if it doesn’t work, go and find a job. Don’t sit around and think this is it or nothing, there’s always something to fall back on. Some people are made to work for someone and some people aren’t. Each person is different, and you have to know, within yourself, what your capabilities are.”