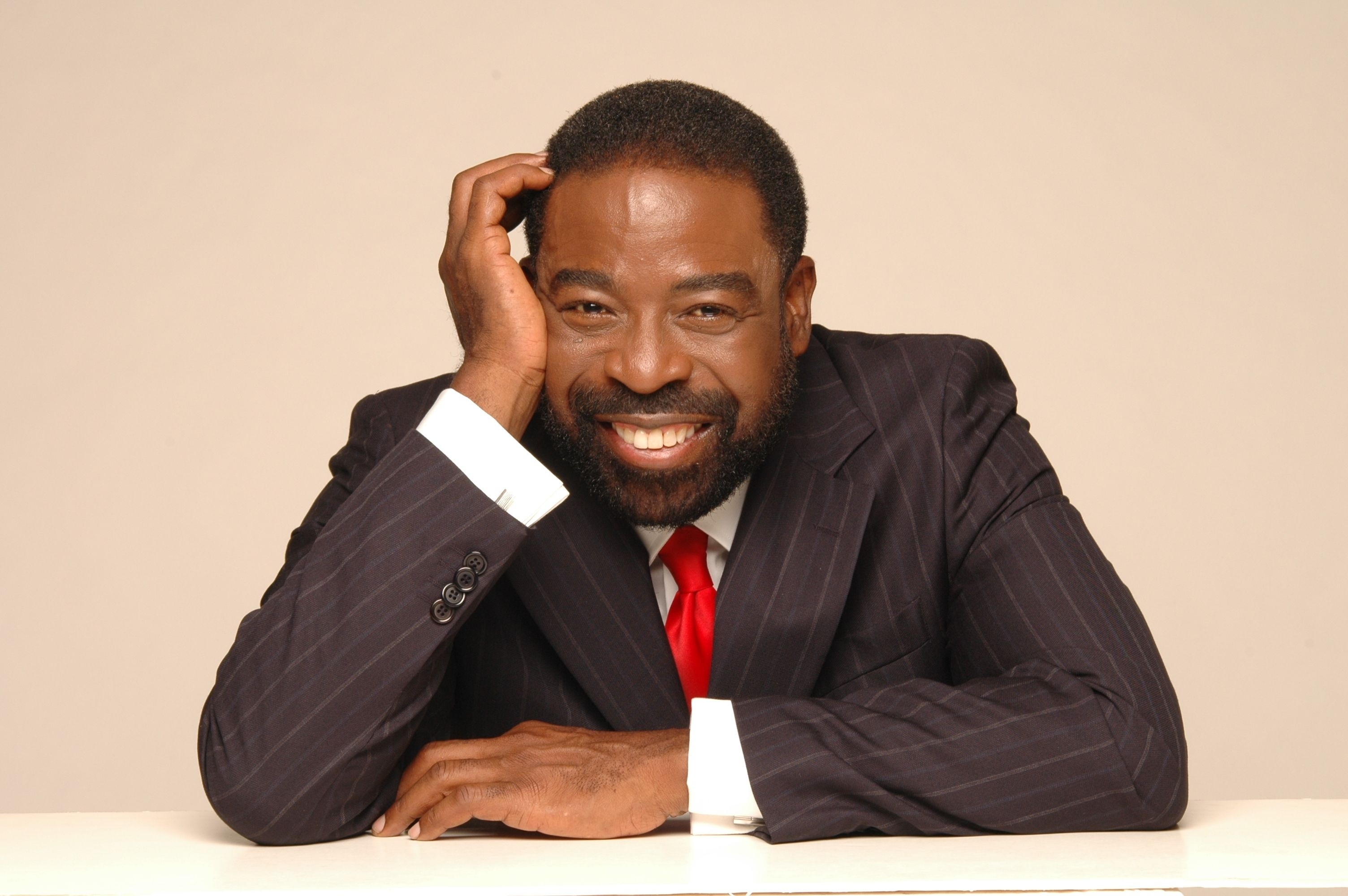 The Best You catches up with motivational speaker and achievement guru Les Brown, to find out who inspires him – and what he sees as the ingredients of success.

Les Brown is one of the world’s most renowned motivational speakers, a dynamic personality and highly-sought-after resource in business and professional circles. For three decades he has studied and mastered the science of achievement, along the way interviewing hundreds of successful business leaders, then collaborating with them in the boardroom to translate theory into results.

Mistakenly declared “educable mentally retarded” when at school, Les Brown used determination, persistence and belief to accomplish some amazing achievements. Now a broadcast station manager, political commentator and multi-term state representative in Ohio, Les has given motivational talks to groups as large as 80,000-plus, and is a highly respected figure in personal development.

Born in an abandoned building in an impoverished part of Miami, Florida, Les was later adopted by Mamie Brown, a single cafeteria attendant who adopted and supported seven children. It’s no surprise that Les owes so much to her.

“My mother is my first inspiration,” he says with a smile of remembrance. “She was a woman who was a giver and she adopted seven children. She never had any children herself, but she took on other kids in the neighbourhood and she never met a stranger. I was very, very influenced by her personality and her giving heart.”

Alongside this amazing figure at home was a schoolteacher, Mr Washington, who encouraged Les, despite the misdiagnosis the school had arrived at. “He taught me the value of mind set and having effective communication skills,” Les recalls. These were to prove invaluable to him in later years.

So, what does Les point at as the particular turning point in his life that took him on the road to motivating and helping others? The answer is a fascinating one – and it’s interesting to see that it’s all about helping others rather than himself. He decided that he would get his mother a home of her own.

He is thoughtful about this decision: “When you stretch yourself, you discover a part of yourself that you would not know by residing in your comfort zone,” he says. To succeed at his goal, he was required to do something different from just working an eight hour day job. “I had to go above and beyond to earn enough money to be able to be able to purchase a home for her. So that put me on the course of listening to motivational materials, going to seminars and workshops and learning the principles of what it takes to become successful and to live an exceptional life.”

One of the great pieces of wisdom he abides by is the idea that “a career is something that you love so much that you’d do it for nothing, but you do it so well that people will pay you to do it.” Les applied his motivational skills to become a public speaker. At first he wasn’t paid, volunteering to speak at schools, churches, juvenile centres and prisons. Why did he do this?

“Because it’s something I love to do. When you find something that you love to do, that you can provide service to others, that to me is a great combination. If you can earn some money in the process, then it doesn’t get any better than that!”

In the meantime, as he poured his heart and soul into the thing he was most passionate about, he earned his money by working as a garbage collector. He recalls with a smile: “But I told the young ladies I was a Sanitary Technician.”

Les is likeably modest about the series of successes that his passion took him to. He is humble enough to say he didn’t do it all alone. Alongside his mother and teacher, another great influence in his life has been Mike Williams, his mentor of 43 years. A mentor can be an invaluable aid to success, he explains.

“You know, Michael Jordan had a talent for basketball, he was exceptional, but he never won a championship for the Chicago Bulls until Phil Jackson became the coach. Muhammad Ali, considered one of the greatest boxers of all time, he never won a championship without Angelo Dundee in his corner. So get a coach, because you can’t see the picture when you’re in the frame, someone who can help you bring out the best in you.”

This is also why he believes that you should always surround yourself with people who are excellent at what they do. He repeats the axiom that “if you’re the smartest person in the group, you need to get a new group.” Having people around you who will stretch you mentally, emotionally and spiritually will help you to grow and realise yourself.

Yet with all this advice, Les is also firmly planted on the ground. Success doesn’t necessarily come easily, he says, and for this reason, one of the key skills he advocates is resiliency.

“When I came into the industry, it was basically centred around thinking positive and being enthusiastic and everything is going to work out all right. Well, I talk about the fact that your dream is possible – and that you’ve got to take full responsibility. You can think positive, but you’ll still get slapped upside the head. You’ll have a lot of defeats and disappointments and setbacks and moments when you want to give up and throw in the towel on yourself. Find some compelling reasons that will keep you in the game and in pursuit of your goals and dream. Sometimes that’s very, very difficult, and people need to know that, so that when it happens, they’re not caught by surprise.”

Describing himself as a “three times cancer conqueror”, Les knows a thing or two about resilience himself. He has kept on and lived a life in the face of difficulties, always maintaining his sense of his own worth, and keeping on when the going gets tough.

If you are starting out on the pathway to living a deeply rewarding and successful life, his message is clear:

“You’ve got to decide what is it you have going for you and work on that and find something that you love to do that can be in service of others and make up your mind to master that. What is your passion? What is your magnificent obsession?”

Finally, when asked about his big dream, he replies:

“My big dream is to train 100,000 voices of hope, of ordinary people, outside of religion and politics (both of which I believe polarise and divide people) and these individuals will deliver an inspirational story out of their own values. They will encourage people to begin to see the possibility of creating a new life for themselves, to continue to put themselves on a growth path of developing themselves, and to create communities of collaborative, achievement-driven relationships that will help them change the world. I believe we have 100,000 Nelson Mandelas or 100,000 Barrack Obamas or Margaret Thatchers. When you think about some of the great people, yeah, 100,000 Winston Churchills, you can change the planet.”

Les Brown At A Glance