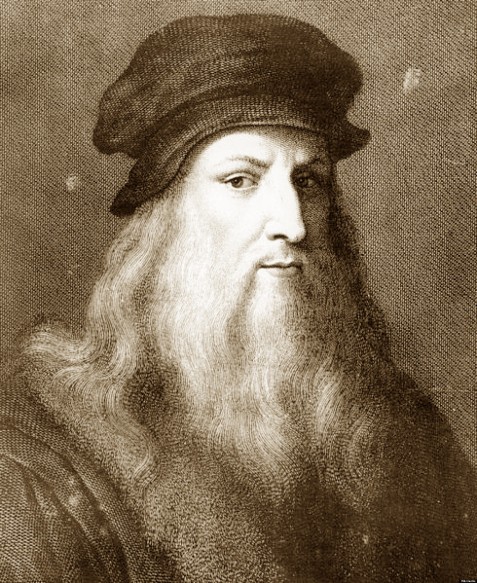 In a time when it meant that a certain path in life was guaranteed if you happened to be born out of wedlock, Leonardo da Vinci was the illegitimate son of an affluent businessman. Da Vinci spent his childhood in both his mother’s and father’s households, being raised and influenced by many different relatives. His father was said to be driven by the need to produce a legitimate heir, only later coming to realise and nurture Leonardo’s talents. When he was only 14, da Vinci began to apprentice with the artist Verrocchio. It was in this workshop that he gained access to all of the tools and methods, such as painting, sculpting, chemistry and mechanics, that would develop his grand talents.

He began to contribute to Verrocchio’s work, and it was then that da Vinci started to came into his own as a professional artist. During his lifetime, da Vinci was known for much more than simply painting. He also served as a military engineer, as well as crafting and playing musical instruments. However it is for his famous paintings, such as The Last Supper and Mona Lisa, that Leonardo da Vinci became known to the ages not as an illegitimate son, but as a legitimate wonder.

“One of the world’s greatest artistic talents, Leonardo da Vinci did not let the accident of his birth avert his creativity,” Bernardo Moya