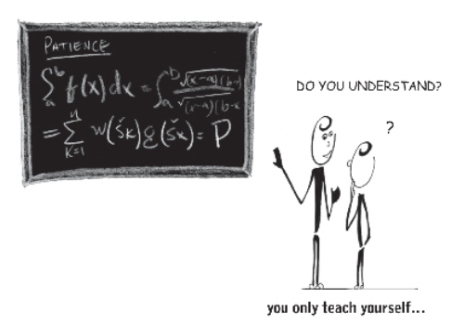 There is no better way to learn something new, than to share it with others. When you make it a habit to share knowledge that profits you –– it sinks deeper into your own subconscious mind. The person who takes the time to share knowledge, always knows the subject matter best.

There is no quicker way to convert an empowering idea into a belief than to go out into the world, acting as though it is already so. Go out there and express yourself in ways that allows the belief to demonstrate through you. Do this and, it is yours to keep.

It is a noble aim indeed, to give away what you want to hold onto. You not only serve others, but as important –– you are serving yourself. Those students who volunteer to tutor classmates always get the highest grades. You cannot know anything meaningfully, until you share it with the world.