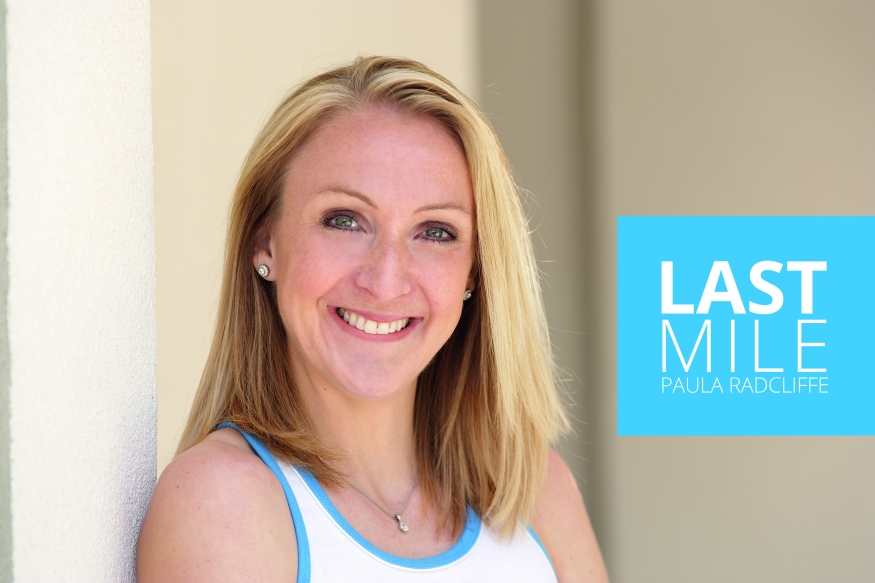 When Paula Radcliffe announced that she would run her last London Marathon in 2015 it merely marked the start of a new chapter for this determined athlete, reports Dr Stephen Simpson

In January 2015 Paula Radcliffe announced that the April 2015 London Marathon would be her last, bringing to an end an illustrious career spanning almost 25 years. During this time Radcliffe has won titles, shattered world records, and overcome numerous injuries. Her courage, determination and persistence are legendary, especially in the face of adversity. These qualities impressed not only sports fans, but also those who were not particularly interested in sport.

Her rise to prominence and popularity was universal, culminating in the award of an MBE in June 2002, closely followed later that year when she was voted BBC Sports Personality of the Year. Radcliffe will be fondly remembered not only for her successes, but with sympathy for the successes that she deserved, but that eluded her. Her medals included Silver in the 1999 Seville World 10,000m finals, and Gold in the 2005 Helsinki Marathon. Despite being widely considered as the best long distance runner of her generation, success at the Olympic Games eluded her, with her highest position being fourth in the 10,000m in the 2000 Sydney Games. While she did not win a medal for the fight, arguably her greatest success was in overcoming so many illnesses and injuries. These would have finished many other athletic careers.

Radcliffe’s illnesses included asthma, which was diagnosed at the age of 14. Running depends as much on optimal lung function to provide oxygen as it does to the muscles that use it as fuel. A diagnosis of asthma must have been the worst possible news for her, just as she was beginning to command serious recognition from top coaches. Along the way, Radcliffe’s injuries have included numerous muscle tears and sprains. One that attracted much wry comment was the knee injury sustained whilst kneeling on the floor writing thank you letters for her wedding presents, though it is doubtful she found it amusing. Broken bones have included stress fractures of her spine, foot, and leg.

These are not due to violent injury, but long-term trauma as a result of months and years of intense training. As if these injuries were not enough to endure, she also required surgery to repair a bunion on her foot in 2009. The convalescence period following this operation is always painful, and it was therefore a significant achievement to be running competitively after only ten months away from the track. How an athlete copes with such illnesses and injuries and continues to drive their career to new heights requires the perfect storm of mind, body and soul combining in exquisite balance. Few people exhibit these rare qualities better than Radcliffe. So just how was she able to win her biggest battles not only on the track, but inside her own body?

The answer might just come from research conducted at the University of Maryland Cancer Centre by two doctors in 1987. They were able to identify some of the most important personal characteristics that survivors of serious illness shared. They found that:

• Such individuals were proven to have a fighting spirit and refused to be helpless or hopeless;

• They were also assertive and able to navigate their way out of stressful and unproductive situations;

• They were tuned into their own psychological and physical needs;

• They were able to talk openly about their  illness;

• They had a sense of personal responsibility for their health, and worked with their medical team as a collaborator, not as a passenger;

• They were altruistically involved with others. All of these characteristics apply to Radcliffe. She has always been open about her many injuries and illnesses, and the effects they might have on her performance. She has effectively managed her own health, even on the occasions when the medical opinions within her team have been conflicting.

Her fighting spirit is legendary. In her best-selling book, Paula: My Story So Far, she explains: ‘We should never be afraid to go after something that we want for fear of failure. We all need the courage to try. We may not get there straight away, sometimes we may never get there, but we must never be afraid to give all that we can to go after our goals and dreams. “Unless you put yourself on the line and give it your best shot, you’ll never know what you could achieve.’ Radcliffe certainly has put herself on the line. Many times over. Perhaps too many times. Yet it is the final characteristic of survivors that just could have been Radcliffe’s strongest motivator, and that is altruism. She has taken a very public position on the sensitive issue of the abuse of banned performance enhancing drugs in sport. Not surprisingly her actions have attracted both widespread commendation, but also criticism. Most people love to celebrate the sporting successes of others. Professional athletics, and indeed many other sports too, survive on the knife edge of credulity.

While we all love to applaud success, this heady cocktail is easily soured by the slightest aroma of cheating. Athletes depend upon their fans, the wider public, sponsors, organisers and media for their support. It should always be remembered that this support is only conditional. Another World Record? Sadly the first question is so often not, ‘Wow! How did they do that?’ but, ‘What drugs were they on?’ Do not be surprised if Radcliffe achieves even more success in her next career than in her running career. Success that will convince a sceptical public that athletes’ achievements are due to their own efforts, and not banned drugs. Another extract from her book sends a clear message of what is to come. ‘Sometimes I get frustrated that I haven’t pushed hard enough or devotedenough time to the anti-doping issue. Once my career is over, it will become a priority.’ I bet it will. Do not be surprised if she wins the 2015 London Marathon too.