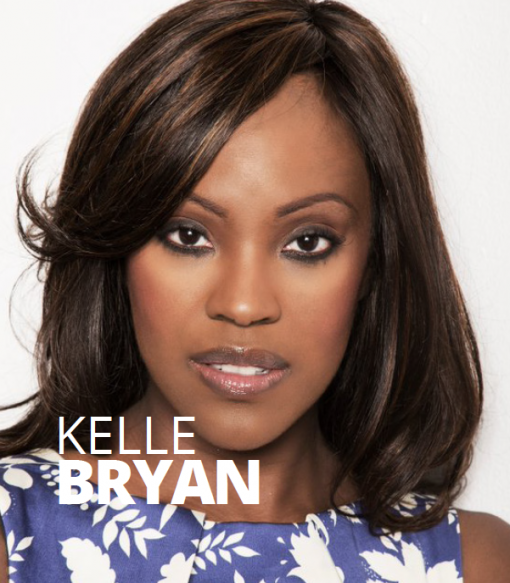 Sitting in a Winnebago on a farm in 500 acres of green countryside, having her hair and make-up done for reality show, Flock Stars, Kelle Bryan is grinning from ear to ear. As someone who sees the positives before the negatives, Bryan is in her element, embarking upon a new project with the energy and enthusiasm she undoubtedly gave when she was propelled to stardom at the age of 15 in all-girl band, Eternal.

“A year ago I was having chemotherapy for my lupus, but it wasn’t long before I was back on my feet working, being a mum – I’m a real mumpreneur.”

It’s an illness that would ground many, but Bryan isn’t most people, and her determination is an enduring quality, which has undoubtedly contributed to her continued success.

Having studied at the Italia Conti School, where she developed her acting and performing talents, Bryan, along with school chum Louise Redknapp (nee Nurding), was spotted by record producer Denis Ingoldby. The pair went on to audition successfully for the band which would become Eternal.

“It was an incredible opportunity for a 15-year-old, and our success was meteoric, but the sacrifices were significant,” says Bryan. Commercial success included
14 top 15 hits and four top 10 albums, BRIT Award nominations, MOBOs, world tours and even a performance for Pope Jean Paul II. The band’s Greatest Hits album remains the UK’s best-selling compilation album by an all-female act.

But good times soured when, in 1998, Bryan was sacked from the band by
a fax from its remaining members, Easther and Vernie Bennett. While Bryan was a big enough name to secure a solo recording contract, just a year later she became desperately ill with arthritic joint pain, severe mouth and skin ulcers, and hair loss.

“There was no warning, I just woke up one morning and couldn’t bend my fingers. My GP told me to take painkillers, but soon my hand was the shape of a claw. It was only when I went to the dentist that he examined me and said, ‘I think you might have lupus’.”

“I was shocked at how debilitating this little-known disease was, and even more daunted that there was no cure.” Becoming patron of the St Thomas’ Lupus Trust, Bryan focused on her diet and fitness, gaining a black belt in kickboxing.

“It was a really difficult time,” says Bryan, “I didn’t see it coming and it was a lot to manage, but I think it was character building stuff. Instead of getting frustrated, I try to do as much as I can to raise awareness and talk about lupus as much as possible.”

One aspect of the disease, which Bryan and her husband, Jay Gudgeon, had to tackle together, was the prospect that she might not be able to have children. After discussion, the couple decided to go for it, and their family now includes Regan and Kayori Rose.

However, after the birth of her second child, Bryan lost her sight, hearing and speech until it was diagnosed that lupus had spread to her brain, and she underwent a course of chemotherapy to reduce the swelling on her brain.

“Being a mum is the most wonderful thing in my life, and my kids are amazing,” says Bryan. “I’m probably a nightmare mum as I want them to have every opportunity and give them everything I possibly can. Regan has been playing the drums since the age of two…”

Bryan credits her own mother as a major inspiration in her success, and wants to support her children, just as she was encouraged as a young girl.

“When I failed my GCSEs, my mum said, ‘Don’t worry, you’re going to be a fantastic star’ – she always gave me exactly the encouragement I needed.

While Bryan has ambitions for her own children, she is also working to help others who aspire to succeed in the creative arts. Her business, Advocate Agency, promotes and manages artists under the ethos of ‘inspiring self-belief in infinite possibilities’. “

I started the agency to find a way of giving back and reinvesting in others who need a chance,” says Bryan. “I enjoy passing on what I have learnt about the industry, and their success stories fuel me. I believe that nothing’s impossible, it’s about creating and seizing opportunities.”

“So long as you’re alive and kicking, you’ve got to go for your goals. I firmly believe we’re responsible for our own destiny.

We focus too much on the negatives of the past but it all takes you forward – every decision took me to where I am today.”

Want to get into the creative arts? Find out more about Kelle Bryan’s Advocate Agency