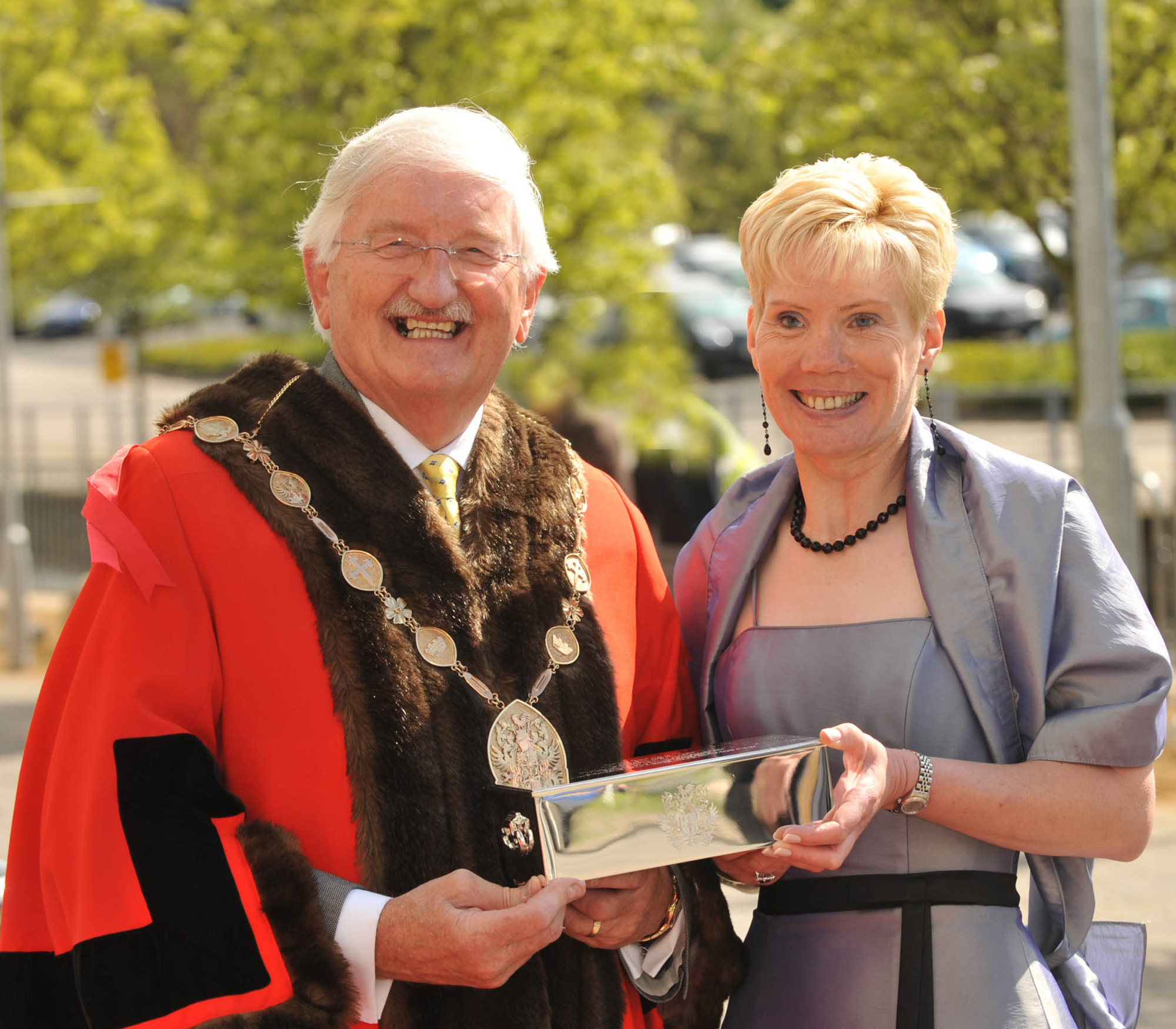 One woman’s amazing journey from blindness to world class sport – and her return from near-death.

When Janet Gray was 14, she was told she could lose her eyesight, just like her brother and her father.

“Though it was genetic, it was under control. Then a blow to the eye socket exacerbated the disease,” she says in
a matter-of-fact way. “Surgeons fought hard to save my sight, but their attempts were in vain.” Janet had lived a happy childhood in Belfast, in which she had always been sporty and outgoing. Now she was faced with a very different life. “I tried to believe that once the surgery had settled down my eyesight would come back,” she says. “When
I realised it wouldn’t, it was a massive kick in the teeth. I was 21 years old and I went from being a confident person to being timorous and vulnerable. Even moving around my own home I was tripping over things.”

From the stress, she dropped from 8 stone to 5 stone 10. But bit by bit she regained her confidence. “You have to accept your illness first, before you can move on,” she says.
She took to using her white stick and just taking the bus to go shopping was a major breakthrough. From here, she set up a swimming club for the blind – a revelation for Janet because she’d believed that sport for her was “out the window”. Then her husband asked if she wanted to come along while he went waterskiing. “It was the first time back on the water for him after injury,” she says. “Getting in the boat was great fun, but then he suggested I try skiing. I’d never skied before.

“My husband, Paul, put two ropes out the back of the boat and skied along side me, talking me through what I had to do.”
It was a turning point in her life. She joined the local Meteor water ski club, started training and learned to slalom and trick. Then in 1997 she was selected to ski internationally by the Irish Water Ski Federation for the European Disabled Water Ski Championships.

She also competed against sighted skiers to raise her skills and soon found herself scooping gold medals at competitions around the world. “When you beat sighted skiers, it’s pretty cool,” she says, with real satisfaction. After winning the 1999 World Championships, Janet got full funding for her skiing. In 2001 and 2003 she won all four titles in the World Championships, breaking the world record for each discipline.

Then in 2004 disaster struck. Going out on the water with an unfamiliar crew in Florida, they mistimed a turn and whipped her into the vertical of a ski ramp.
“All I can remember is this massive impact and going ‘What the – ?’ Suddenly I was gone.” She was unconscious in Intensive Care for three weeks and cardiac arrested four times. She had broken and dislocated her left elbow, foot and ankle and snapped her thumb tendons. On the right side she had broken and dislocated her hip and pelvis, crushed the head of the femur, broken her patella and had rib and crush injuries. Worst of all, her face was “wiped out”. Her nose, eye sockets and jaw were smashed and she lost part of her skull and teeth. Her husband was told by doctors to contact the undertakers before flying out to her. Yet somehow, Janet survived.

Transferred to the trauma unit at Belfast’s Royal Victoria Hospital, she was told she would never walk again.
“I refused to believe it. The only thing that wasn’t broken was my right arm and hand. There was a clipboard and pen. I got the attention of one of the consultants and I wrote: THIS IS TEMPORARY BELIEVE ME and did a massive underscore.

“I may have lost my sight, but I never lost my vision. I was damned if I was going to be blind and in a wheelchair and totally dependent again.” Janet fought harder than she’d ever fought before. Slowly, she learned to use her crutches and get rid of her wheelchair. Then she asked the surgeons to remove the metalwork from her body. The recovery period for this surgery was 18 months. One day she was with her childhood idol, Dame Mary Peters, visiting her old coach, when he suggested she go back on the water.

“When Mary Peters saw me in the wetsuit, she went ballistic. She said: “You wicked girl, you mustn’t do this. the risk is too big and
have you told Paul?!’ Nevertheless, Mary Peters came out in the boat. “It was a heck of a risk. My bones were hollow and soft. My legs were shaking like a leaf – but this was my one chance to see if I could get on my ski.” When I dropped into the water, I thought, “What if I don’t get up?” but I pushed the thought away and shouted “hit it!” I tootled around the lake blowing kisses at the boat. We were all in tears. It was very emotional.” Janet soon began to compete again and took five Gold medals at the 2007 World Disabled Water Ski Championships in Townsville, Australia.

Janet has now pulled back from international competition while she continues to have surgery. She coaches and mentors Paralympics athletes, and intends to do the same with Olympic ones. She gives inspirational talks and continues to help disabled kids through various programmes.

“I tell them to build their confidence bit by bit. It’s finding out what you can do that enables you to push the boundaries to do something else