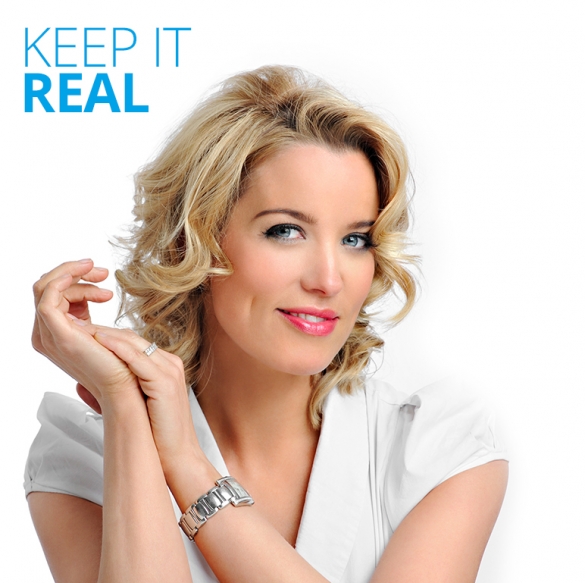 Her last book, Eat, Fast, Slim, was published in 20 countries, she advises the nation on television and radio, but nutritionist Amanda Hamilton’s dietary approach is everyday simple

With her Scottish burr, healthy looks and sensible approach, Amanda Hamilton’s outlook on nutrition offers a voice of reason in a world where sugar has become the new enemy, and 5:2 provides a numerical solution to our eating plans. Not that Hamilton is dismissive of such approaches, but her view is that a sustainable approach is better than the perennial falling off the diet scenario. Currently supporting TOTAL Greek Yoghurt’s full fat campaign because, as she says, she works with “brands I believe in nutritionally and use myself”, her logic is that a dollop of the creamy stuff – which contains twice the amount of protein of other yoghurts – is far better for us than counting calories. “My starting point, nutritionally, is always a real approach – real evidence about real food,” explains Hamilton. “When I’m satisfied that food is not laden with chemicals, but instead leaves you satisfied naturally, I’m comfortable to recommend it.”

The daughter of two P.E. teachers, Hamilton was health-conscious from an early age, and represented Scotland in badminton internationally. During her degree she spent time in the US, and says that it was a year that shaped her passion for healthy nutrition. “I was 18 and arrived in mid-America but what I experienced was a life jolt,” she explains. “On campus I saw people who were too obese to walk even short distances, and the highly processed foods that were on offer were unrecognisable to me – so much was deep fried, and it was vastly different to the Scottish upbringing I’d grown up with, where mum grew and cooked her own vegetables. I found it disturbing and asked the Dean for a budget, and cooked and fed myself instead.” After university, Hamilton moved into journalism and presenting before going on to train as a registered nutritionist, adding studies in Ayurvedic medicine, yoga and a post-graduate degree in obesity science to her portfolio. Over the next few years, she specialised in health-related broadcasting and her shows included The Spa of Embarrassing Illnesses, Should I Worry About?, The Last Resort, and she became GMTV, BBC radio and Sky’s go-to nutrition expert.

In 2013, Hamilton acted as the guinea pig in a documentary for ITV’s Tonight programme, where she substituted her usual diet for one eaten by a typical British female – she gained five pounds as a result. “My diet is higher in fat than the average British person’s,’ says Hamilton, “but it’s a particular type of fat that I eat. We should be eating essential fats, such as Omega-3, typically found in oily fish. Trans fats are a no no. “Calories are often seen as the enemy, but actually the impact is where they come from. Sugar and refined carbs are far more damaging.

The processed foods that we eat today are a speck on history’s timeline, and we need to go back to eating foods in a more natural state. “There is utter confusion around nutrition at the moment, and we are programmed to think that low fat is good but those foods don’t satisfy us. High protein foods fill us up for longer and fat content helps with mouth feel to make us feel good. Nobody binges on salmon, and our body naturally has a switch-off, so it’s about choosing wisely not taking a blanket approach to ingredients. In fact, look at ingredients lists on packets – if you can’t pronounce it, generally speaking it’s probably not good for you!” What is Hamilton’s view of those passing food fads then? “Cutting out all added sugar or fasting for short periods of time are great, but the problem is that often these can’’t be sustained for long periods so people feel like they’ve failed and revert back to previous behaviours,” says Hamilton.

“We’ve lost a bit of common sense along the way, and we need to get back to a more moderate approach where healthy eating underpins it all. In my work I focus as much on long-term change as short-term results.” With a company that offers health retreats, three books under her belt, and upcoming TV projects, Hamilton is taking her nutritional approach into schools, to educate the next generation. “There’s lots of snobbery around nutrition, right now,” says Hamilton. “My aim is to simplify the advice on offer and create consistent messaging.”