Katie Piper talks self-identity by The Best You

Home Katie Piper talks self-identity by The Best You 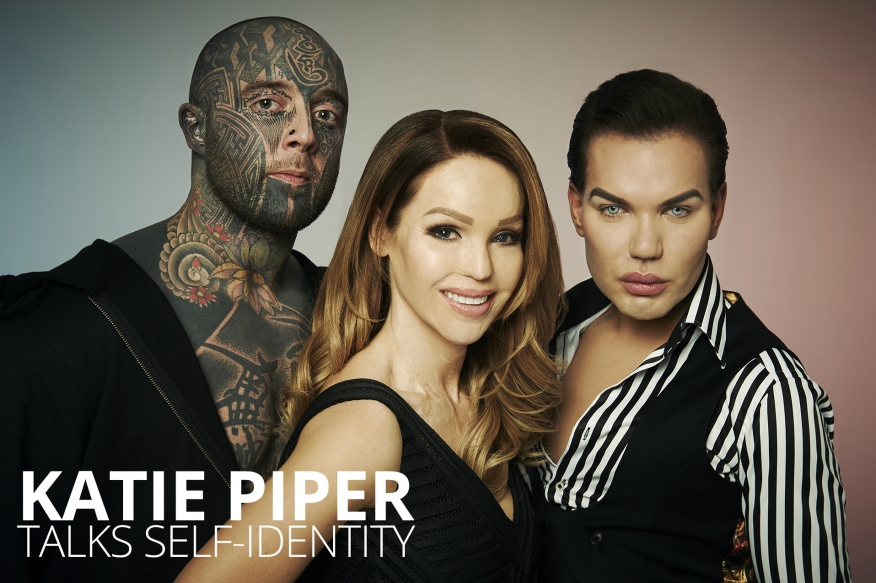 Katie Piper overcame a life-changing experience and has inspired others to do the same through her television shows, books and the Katie Piper Foundation – now she is helping a new generation to embrace who they are

For many women, being comfortable with your identity is something that typically emerges in your 30s or 40s. It comes as no surprise that Katie Piper, a woman who has overcome overwhelming trauma after she was attacked by a man who threw acid in her face, announced recently that she is a proud survivor, saying, “When I look in the mirror, my scars no longer upset me, they just remind me I am stronger than the person who tried to hurt”.

Piper’s story is an amazing one of strength, defiance and triumph over adversity, and she found a place in the nation’s heart when she bravely gave up anonymity to increase awareness about burns victims. Following an early modelling career, Piper was just moving into television work when she met Daniel Lynch. Unbeknown to Piper, Lynch had previously been jailed for throwing boiling water into a man’s face, and just two weeks into their relationship he seriously assaulted and raped her.

Two days later, he convinced her to go to an internet café where he had paid Stefan Sylvestre to throw sulphuric acid at her face. Blinded in one eye, Piper had to wear a plastic pressure mask for 23 hours a day for two years as part of her treatment, and her injuries also meant that she needed to be fed through a tube in her stomach. The two men were later convicted and received life sentences.

Just over a year after the attack, Piper shared her story in a Cutting Edge strand for Channel 4, entitled, Katie: My Beautiful Face which was watched by more than 3.5m viewers and nominated for a BAFTA award.

Piper’s physical and mental recovery has been remarkable, but her resolve and compassion to campaign and support others has been equally inspiring. The Katie Piper Foundation, of which Simon Cowell is a patron, raises awareness and provides support to victims of burns and other disfigurement injuries, also campaigning for the specialist treatment that Piper received in France, to be more widely available in the UK.

Piper is also fronting a second series of Body Shockers, a Channel 4 series about people who are considering plastic surgery or who have undergone a procedure they now want to reverse. Piper has the ability to empathise and connect at a deeper level with the participants, perhaps because of the experiences she has had.

“There has been a generation of young men and women who have gone for full body tattoos, body piercings or exaggerated breast enlargements, and the alternative has become mainstream,” she says. “Plastic surgery is now readily accessible to anyone, not just Hollywood stars.

“But that’s been followed by a generation that want to regress. When we announced the second series, we were inundated by people who regretted what they had done – they have mutilated their body by choice. I can really empathise, and whether it’s by accident or because you want to change something, it’s a hugely emotional area.

“I’m a nosey person and one of the favourite parts of my job is meeting people from all walks of life. I’m not a snob, and I like tattoos that are tasteful or personal. Also, I can understand where they are coming from, and while some may be misguided it’s important that people are able to express themselves and experiment. None of us know what lies ahead.”

Today, Piper is firmly in control of her own destiny. Now a mother, to Belle Elizabeth who turns one next month, and recently engaged to her partner, James, Piper’s career, continues to flourish. A recent holiday offered time as a family, to envisage their wedding. “We packed a ton of bridal magazines and planned to lay on loungers and decide what we would like, but we spent all our time running around with Belle,” she laughs. “So I’ll be looking on Pinterest for some great ideas instead.”

She appears a pinnacle of success but says overcoming such a horrific experience was never a straight path. “My first book came about because my psychologist suggested writing as a therapy,” says Piper. “So my journal became the place that I could put down what had happened and how I felt. Now I write for Belle, and I might give her the password to read it when she turns 20.

“Part of me is a strong person, but part of me still isn’t and there were many days when I didn’t cope, but I would encourage anybody facing a tough situation not to lose hope. Recovery is a roller coaster and it’s often ten steps forward, five back, but that’s human nature.”

Bodyshockers: Nips, Tucks and Tattoos airs on Channel 4 on Wednesdays at 10pm.