Jon Stewart The voice of a generation

Home Jon Stewart The voice of a generation 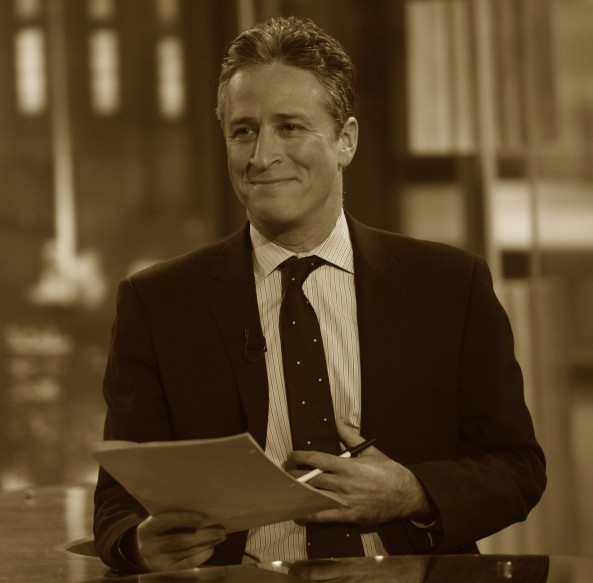 Truly a child of the empire state, Jon Stewart was born in New York City in 1962. He and his brother were raised by educated parents, however as children were subjected to the pains of divorce. Growing up in seemingly bucolic New Jersey, Stewart was often subjected to anti-Semitic intimidation and oppression while attending school. After graduating from college in the early 1980s, Stewart bounced around for several years in a number of odd jobs, including stints as a high school soccer coach, puppeteer and bar-tender. Due to an already rocky relationship with his father, Stewart dropped the last name given to him at birth and simply went by Stewart; this came at just the right time, as he was beginning his stand-up comedy career. Years spent in the New York City comedy circuit earned Stewart a chance to perform on Late Night with David Letterman, a pivotal moment.

He then was offered the chance to helm his own variety show at MTV, a series which in reruns now has a cult-following status. In the late 90s, a hosting slot opened up on the popular satirical news series, The Daily Show. It became the perfect fit for Stewart’s intelligent, skewering, biting brand of comedy, and it rocketed him to a fame he had previously never dreamed of achieving. Now the voice of a generation, Jon Stewart has come a long way from bar-tending.

“Stewart moved past childhood challenges to achieve his dream career. He is a reminder that we are masters of our own success or failure in life,” Bernardo Moya