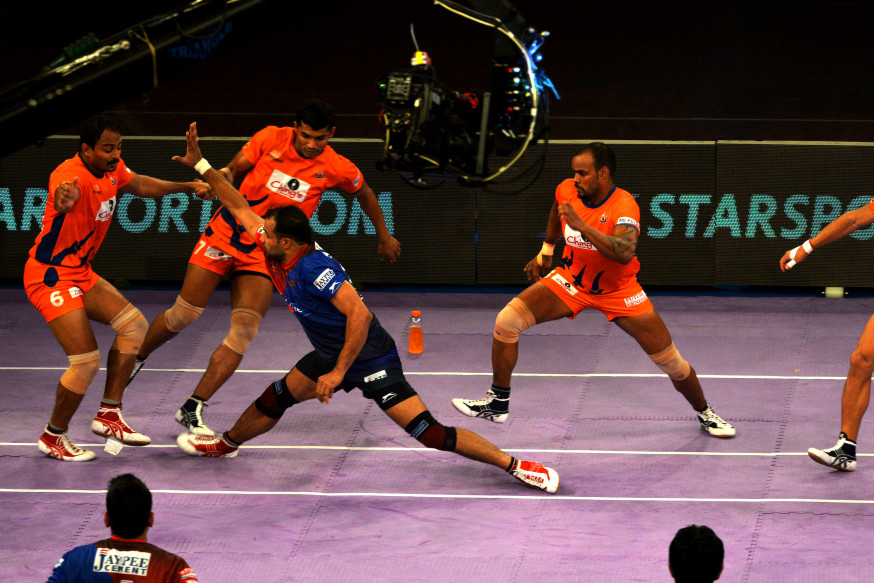 From early on in his career, Raman Raheja knew that he wanted to entertain people, and one of the most popular ways of doing this is through sport. Kabaddi is an ancient Indian contact sport, and Raheja is making it his mission to bring it to the west via the World Kabaddi League.

Despite Raman Raheja’s keen interest in the sporting world, it’s not actually what he set out to do after graduating from college. “I qualified as a fashion designer, and that was my first job, and I worked in a fashion garments manufacturing unit”, he recalls. The leap from fashion design to sport promotion seems like a pretty big one, and the journey was interesting. “During the latter part of my fashion studies, we used to do our graduation shows, which were like fashion shows, so I got involved in the production part of that. It was hard work, but that was something that interested me more than being on the other side of the stage. I’ve always loved to be in the back, behind the scenes during that time, so that was the turning point for me. I really like it, and that’s where my skills lie. So I got into the production and the events management part of it from that, and that was followed by the entertainment industry, so here I am.”

When we think about the entertainment industry, the mind tends to head towards the arts – movies, theatre, television, and books. Sport is, while very entertaining to watch, an industry all on its own. Lots of governments place far more importance of sports than on the arts, and this shows in the budgets allocated to both departments. But, like the actors and writers who entertain us through the arts, athletes entertain us with their particular set of skills, so the transition from entertainment in the form of shows to entertainment in the form of sport felt like a natural one for Raman.

The world is saturated with various types of sports – some, like football and rugby, glamorous and lucrative, others less well known. It is Raman Raheja’s dream to take one of those lesser known sports and bring it to the forefront of sporting entertainment.

“Kabaddi is actually a 4,000 year old sport.  The first reference of Kabaddi happened during the time of our Indian mythology of the great battle of Mahabharata when the son of Arjuna, Abhimanyu, got trapped in the Chakravyuh, which was set up by his enemies. That’s the first reference. Only recently we have been trying to make an effort to package it well for the current audience.”

Not only is Kabaddi a sport rich in Indian history, it has made its way across the oceans and landed on the shores of countries such as the United Kingdom, Canada, the U.S., Australia, and South Africa. There are leagues all over the world and it is continuing to grow in popularity. Up until quite recently, Kabaddi has been popular almost exclusively in Indian expat communities, but exposure of the sport, thanks in large part to its popularisation as a form of training in the British Army (even Prince William played recently), this is rapidly changing.

“Since it’s an Indian sport that has been played for so many years, the British Army adopted it during the time when the British came to rule India. They kind of adopted it for the excitement that it brings, and for the one-on-one combat.”

It’s been around for thousands of years and is increasing in popularity, but what is it actually? Kabaddi is a full contact team sport originating in India, in which two teams take turns to send a “raider” to the other’s territory, or half, and tag any one of the four “stoppers” of the opposing team, and return “home” within a 30 second time frame to win the raid, failing which the stoppers win the raid. The objective is to win as many points as possible either through raiders or through stoppers.

This all sounds like fun, but getting people to tune into a game of Kabaddi on television or to attend a live match will be a challenge with the world being so sport-saturated already.

“The first thing that we’re going to do is packaging it for our younger audience”, explains Raheja. “It has been a male dominated sport until now. Now we want to bring in the element of families coming together and watching it.  So far, we have brought in the entertainment aspect with a touch of glamour. That will get me the additional attention amongst the non-Kabaddi followers, so that’s how we’re going to do the packaging. That’s the first element. We want people to watch it in their living rooms instead of being limited to a live performance in a stadium. Now we’re packaging it well, adding production values and being on the best of the television channels. These are the things that we’ve got to do to make it popular.”

Turning something from a sport of the people into something glamorous is no mean feat, but Raheja has a plan.

“World Kabaddi League has a very interesting mix of glamour from Bollywood and some serious businesses based both outside and inside of India that are the owners of these Kabaddi teams, so you would have the likes of a top Bollywood stars and celebrities from the Indian music scene, and they’re bringing the glamour portion of Bollywood to Kabaddi. And then we have some serious businesses based in India and also the Indian families based and settled outside in Europe and in America and in Canada also investing into the privately owned teams.”

It certainly seems that Raman Raheja and his team are well on their way to creating a legacy to be proud of. There are naysayers out there, who pontificate about sports just being a game, and nothing to get worked up about, but the tradition of two nations going to ‘war’ without all the bloodshed is a great way to build a country’s confidence, helping the economy and bringing residents together. One example of this is the 2010 FIFA World Cup in South Africa. In a country known for violence, racism, and political corruption, for the duration of the World Cup, hardly any violent crimes were reported. For that month, people saw past colour and enjoyed the tournament with their fellow South Africans, and if they could do it for a month, there is a possibility of doing it for longer. Sport for entertainment’s sake can do a world of good, so Raman Raheja’s heart is definitely in the right place.

“I would want my legacy to be that I have brought an ancient Indian sport to the rest of the world and made it more popular.”

Raman Raheja at a glance

World Kabaddi League at a glance