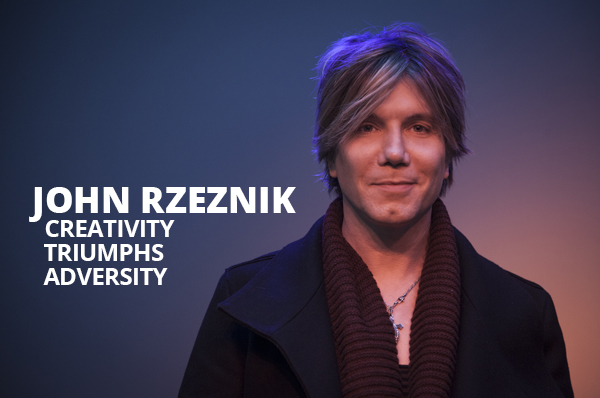 Raised in upstate New York, John Rzeznik had four older sisters whom he would eventually depend on for everything. After their parents passed away within two years of each other, the Rzeznik children were on their own.

Rzeznik was mostly brought up by his four sisters until he turned 17 and moved out on his own. He discovered a passion for playing guitar while in high school and college.

Just a few short years after leaving home, Rzeznik formed the Goo Goo Dolls with bandmate Robby Takac. Taking a workman-like approach to their music, the Goo Goo Dolls played gig after gig, from the largest to the smallest, until they attracted the attention of a record label. They toured for the next several years, trying to take the band to the next level.

Following a dispute with their small record label after several albums and their first hit, Name, the band signed with Warner Brothers Records. Rzezkik was known to battle writer’s block after the band began to achieve widespread acclaim. Iris, far and away the Goo Goo Dolls’ biggest worldwide hit, was preceded by a bout with writer’s block, but Rzeznik was able to overcome the affliction and steer the band through. Whether it was overcoming the death of his parents, stage fright or lack of confidence in himself, John Rzeznik has learned how to achieve the success that lies beyond adversity.