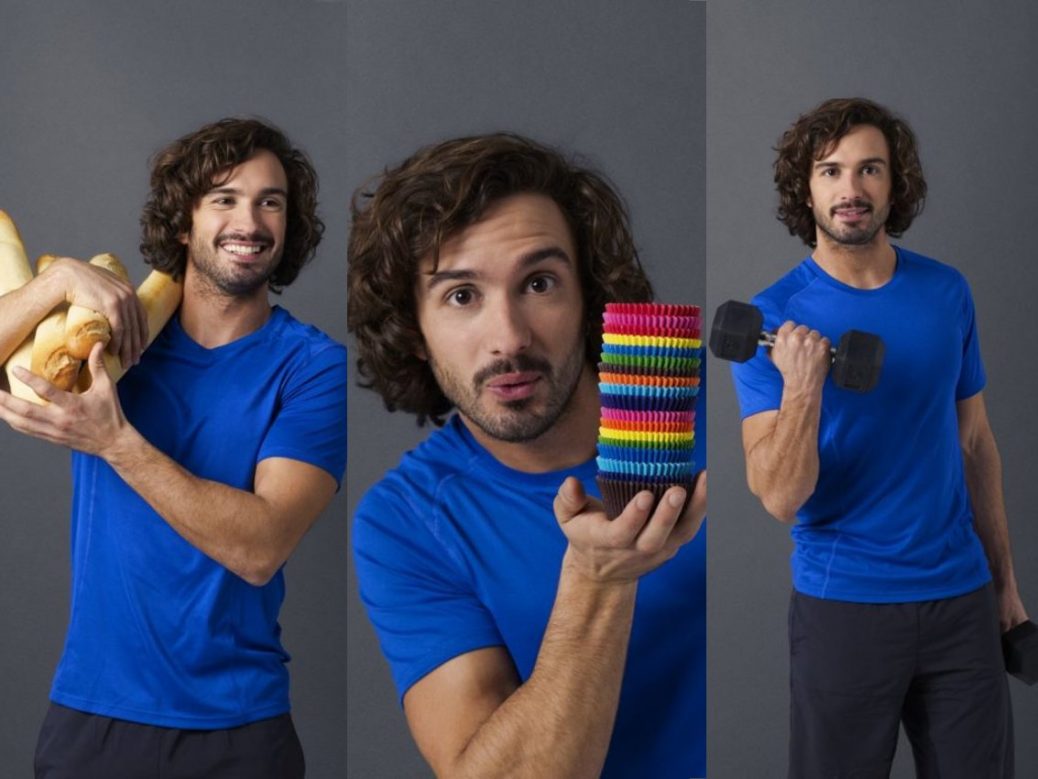 In just three short years Joe Wicks, a.k.a. The Body Coach, has gone from being a little known online nutrition coach to the author of a bestselling recipe book that has transformed the lives of over 100,000 people. He has more than a million social media followers, including stars and elite sportspeople, and has left many wondering just what is the secret behind Joe Wicks’ success.

The simple answer is that Joe understands how to engage a modern audience, and is not afraid to put in the work. After setting upon the idea of The Body Coach, Joe quickly learnt about harnessing the power of Instagram and Youtube, sharing healthy tips and tricks, as videos or photos (including the odd topless selfie) to win a huge following.

Today, Joe turns over an estimated £1million every month from people wowed by his high-energy persona and no-nonsense, addictive approach to fitness. He combines quirkiness with sound nutritional knowledge, great recipes and accompanying fitness guides, ranging from beginner to intense.

Only 30 years old, Joe is a shining example of how success follows someone with a clear goal and message. His mission is to rescue people from the “awful” dieting industry, and he aims to help people get healthy via his simple –mantra, “eat more and work out less”. It may sound too good to be true, but Joe’s thousands of clients, who have had their physiques transformed, are living proof that it works.

Joe’s journey to becoming an international fitness guru began when with a Sports Science degree from Twickenham’s St. Mary’s University. After that, Joe got a personal training qualification, and at the age of just 23 set up his own bootcamp business in Richmond and Surbiton, near where he grew up.

Though Joe says he never set out to get rich, as he was more into “having fun and doing my thing,” the popularity of the bootcamp and the many happy customers proved he had the potential to expand.

In 2014, Joe opened his Instagram account to advertise his bootcamp. He uploaded photos of recipes and answered people’s fitness questions. Joe’s online following grew, though modestly, as it did following his next idea, launching his 90-day Shift, Shape, Sustain plan, a personalised three-month nutrition and exercise regime.

Joe’s next move was the game changer. When Instagram introduced videos, his 15-second recipes and funny, unselfconscious and straightforward advice became a massive hit – especially after he mixed in his quirky take on the world.

“I started throwing in catchphrases such as ‘midget trees’, and singing silly things like ‘sexual lean-ing’” he says.

His fun attitude to fitness really hit the mark, and word spread about Shift, Shape, Sustain. The next twelve months saw Joe’s career skyrocket, as he become a health and fitness superstar with international followers as far away as Qatar and Australia.

Joe did everything right to create a strong, popular brand with longevity. The name The Body Coach has made him internationally identifiable, while his philosophy of “eat more food and train with more intensity,” struck a chord with busy people worldwide. So, he developed 15-minute food recipes and 20-minute high intensity interval training workouts to meet the need.

In the next two years, Joe’s business grew from being a small one-man band where he emailed everyone himself, to the manager of a 50 person staff in a Richmond office.

One thing Joe is very clear about is his stance on diets. According to Joe, food containing the word ‘diet’ belongs in the bin. Joe teaches clients that they need to fuel their bodies properly in order to burn fat. Most people starve their bodies when trying to lose weight, but by eating low-calorie food they simply will not see results in the gym. The body thinks it is being starved and will try to keep hold of whatever it can – making it resistant to losing weight.

Instead, Joe promotes food that is well-balanced and gets the body primed for exercise – food stacked with protein, fresh vegetables and taste. His recipe book, Lean in 15, received the most Amazon pre-orders in the month of its release, and is now an all-time, top 20 bestseller.

“My approach to nutrition and fitness is so effective because it’s enjoyable, sustainable and doesn’t feel like a diet because the food is so yummy and you get to eat so much” says Joe.

Joe offers people who care about fitness something they have been crying out for. Rather than strict dietary regimes and detoxes, his approach is to offer good, varied wholesome food – enough to boost the metabolism and feed the body when it exercises. At the same time, the physical training is sharp, intense and effective.

And despite his international fame, Joe remains modest. “I don’t feel like a celebrity,” he says. “I’m just me spreading my message, trying to get people happy and healthy and have fun along the way.”

Joe’s Five Tips To A Better You