Joe Root: roots of success by The Best You

Home Joe Root: roots of success by The Best You 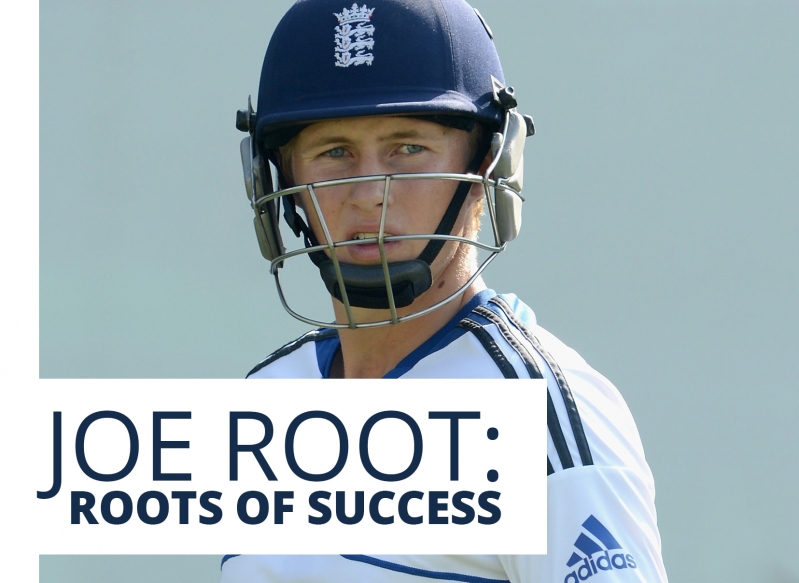 With a world ranking that positions him at the top of his sport, Joe Root remains modest in his achievements as he has been throughout his career

At just 24 years old, cricketer Joe Root is the world’s #1 batsman. He’s captain of the Yorkshire team and vice-captain of England, but his humble response to his ranking speaks plenty about his mindset.

“I disagree with that status,” he says, considering the matches that took him to the top. “The world’s best player doesn’t get three scores of around 80 in a series and then gets out each time. He goes on to make a match-winning hundred at some point…”

Always looking for more from himself, his feet have stayed firmly on the ground, from the moment he entered the brutally honest culture at Headingley, renowned for its Yorkshire plain-speaking.

“One thing the environment I was brought up in taught you was not to make excuses,” he says. “… A batsman couldn’t get away with walking off every week saying ‘I got a good ball’ when they were dismissed. You would have ten other blokes telling you, ‘No you didn’t. You played a rubbish shot.’”

While the Yorkshire C.C. environment encourages a stoical attitude, Root already displayed it at the age of 12 when he was invited to Headingley after being recommended for a scholarship. Stepping into the nets for batting practice with the team coach, Kevin Sharp, Root asked the coach not to hold back. Struck on the helmet with a hard knock, Root simply acknowledged, “That were a good delivery.” He so impressed the coach that afterwards Sharp remarked to a colleague that he’d just been working with a lad he believed would one day open the batting for Yorkshire. Five years later Root did exactly that.

Behind Root’s stoical exterior are strong emotional drives. He admits to being a “badger” – the nickname for the cricketing geeks who love the statistics – and was a fan early on, watching his dad play for the Sheffield Collegiate Cricket Club, or getting up to hi-jinks at the cricket grounds with his younger brother Billy, also a keen cricketer.

Cricket has been a grand passion from a very young age. When he was 11 years old, he wore his Yorkshire schoolboy cap everywhere. While getting autographs from his beloved team, cricketer Craig White saw Root’s cap and suggested one day they’d play alongside each other. This was an imprint moment.

“I can still hear Craig’s words in my head. I can see him mouthing them to me as clear as day,” he recalled, 12 years later.

Another defining emotional moment occurred in 2009 when retiring England Captain Michael Vaughan gave him one of his cricket pads in 2009, to inspire him. It certainly worked, with Root cherishing the gift, and seeking to inspire younger players through similar gifts.

Emotions aside, Root is also an intelligent, analytical player. In the youth team, he was one of the smallest players. Unable to generate great power, he learned to harness the bowler’s strength, developing a nuanced and subtle style.

The power he needed came later. A sudden growth spurt at age 18, in which he grew 4 inches in just a few months, left him rediscovering his style and his co-ordination. Support from coach Kevin Sharp saw him through that difficult patch.

Several character traits combine in Root to make him the player and man he is. One is his modesty. In the same way that he was quietly determined to play for Yorkshire and England when young, he avoids talking about his talent. Instead, he describes how “lucky” he is to be doing a job he enjoys so much. Yet, behind that luck are hours, days and months of gruelling hard work. Another trait is attentiveness to detail. He studies other players’ styles closely; he has the humility to ask for advice and the intelligence to listen. He admits copying the players he admires, and has no ounce of prima donna in his system.

This is why he is so popular with his team. As vice-captain of England, he is happy to advise and suggest ideas to team captain Alistair Cook, whom he deeply respects.

When Cook retires, Root is heir-apparent to the captaincy. After his extraordinary role in bringing back the Ashes to England in 2015 when he was named Man of the Series for his record-breaking performance, he now stands on the brink of even greater things.

That isn’t all down to “luck”, for sure!