Joan of Arc A leader of royalty

Home Joan of Arc A leader of royalty 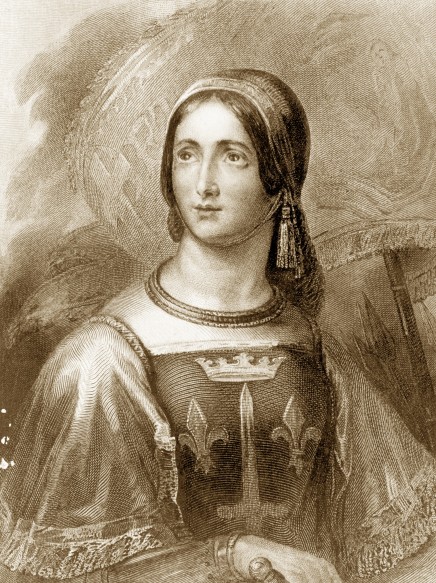 Joan of Arc was born to a peasant family in France during the early fifteenth century. She was raised by parents loyal to French royal leadership, despite being surrounded by villages which were sympathetic to a rebel uprising; one that paved the way for the English to invade France. When Joan was 13, she says she experienced a vision of three saints that imparted to her that she was to be the one to drive out the invading English and lead the French crown to restore civil order to France. t wasn’t an easy task for one so young to convince those in command of her local village to grant her an audience with the king, but that is exactly what Joan did.

The French king at the time, Charles VII, was so taken by Joan and her claim of receiving divine orders, that he commissioned her drive to turn the war with the English into a religious battle. Joan of Arc became a presence during top strategy conferences on the battlefield, and ultimately was the spark that led to French-loyal forces turning the tide of the war by immediately winning key battles and bringing prideful confidence back to the French people.

“Even centuries later, Joan of Arc’s story is an amazing tale of bravery and selfbelief – it’s hard to imagine how radical it would have been for a woman to lead her country,” Bernardo Moya