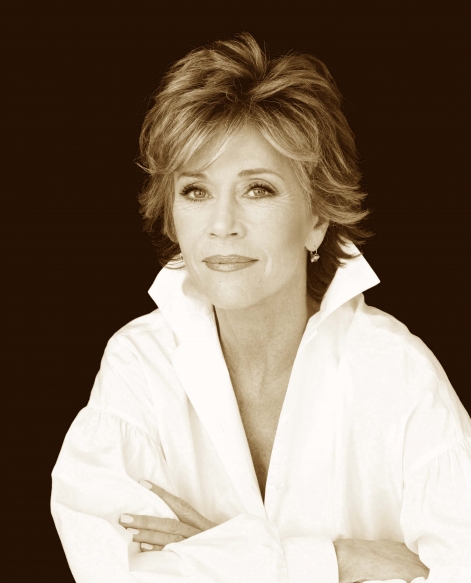 For a woman with such a well-known and celebrated family name, Jane Seymour Fonda never walked an easy path to success. Born to actor Henry Fonda in 1937, Jane Fonda, curiously, was a distant relation to Jane Seymour, a wife to Henry VIII.

The first of many hardships in Fonda’s life arrived when she was only twelve years old; her mother died suddenly by her own hand while in treatment for mental illness. Graced with an optimistic and infectious energy since birth, Fonda was never one to dwell on tragedy. Soon after her mother’s death, she dove headlong into the art of dance and was teaching the craft by the time she was fifteen.

Fonda began to slowly raise her visibility with a brief, but very successful modelling career where some of her top assignments included appearing on the cover of Vogue. Taking advantage of the visibility and heat that her modelling career was providing, Fonda completed early acting work on Broadway. She then quickly segued into film and never looked back.

After winning two Academy Awards in the 1970s, Fonda was unable to rebound in the court of public opinion subsequent to a much-maligned visit to Hanoi, Vietnam during that nation’s namesake war. She was criticised and viewed as an anti-American communist for most of the next decade, with her acting career taking a huge hit along the way.

Yet after almost 30 years of enduring criticism for her political views, a new generation, unacquainted with her past, has welcomed Jane Fonda back into the pop culture establishment, proving that her natural charisma, energy and talent are enduringly appealing, well into her third act.