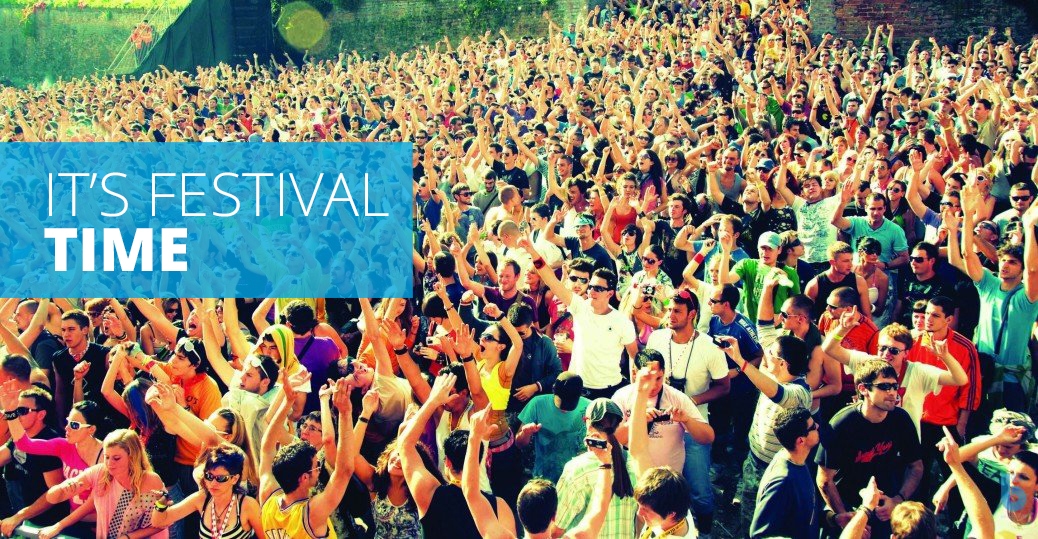 Every summer, thousands of arts and theatre lovers gather in Edinburgh to attend the Edinburgh Festival. For a first time attendee, this can be pretty daunting, so we have asked some festival veterans for their top tips on how to survive this year.

When attending any festival – be it music, theatre, art, or as in Edinburgh, a mixture of everything – you need to be like a Boy Scout: always prepared. Some of us are planners and researchers and will arrive in Edinburgh with a well-thought-out itinerary and plan of action, while other will arrive on nothing more than a wing and a prayer. No matter which category you fall into, we recommend reading this guide and getting some top tips from people who have braved the madness time and again.

When we asked our festival veterans how they got around the city during festival time, we got a resounding, “Walk, baby!” So the first tip on our list has to be taking a pair of sensible shoes. Of course there are alternatives – the bus service has positive reviews, or you could rent a bicycle to get around the city centre. And there is even the possibility of splurging on a cab is you’ve had one (or three) too many whiskies. But the most common way of getting around seems to be walking.

Take the bad with the good

Edinburgh Festival is bound to be loads of fun, but every experience has its negative aspects too. For Jerome it was the food, which he found to be quite disappointing. He advises, “Do a bit of research before deciding on a restaurant or pub to eat at.” For Carine and Zoe, both one-time Edinburgh locals, dealing with the huge influx of people during festival time while they were trying to go about their normal lives was a challenge. “Think tourist-hell Covent Garden and multiply by two. Cattle prods should be standard issue for residents”, says Carine. Colin says street performers are both the best and the worst part of the festival. He perhaps-wisely suggests that eye contact should be avoided at all costs.

Perhaps you were thinking that catching shows at the festival should be like working out – focus on one aspect of the festival per day. But the advice from our veterans is to mix things up and go to a variety of theatre, art, music, and comedy, alternating between the main festival and the Fringe. “There’s so much to do, I don’t think it’s practical to theme your days”, says Carine. “Do some research before you go, book a show or two each day, and then leave the rest to spontaneity”, says Jerome. “How many shows you see each day depends on your stamina, but I think between four and seven.” This will, of course, require some planning. Zoe warns, “The venues are spread out across the city, so it would be wise to check distances and bus routes.”

Don’t restrict yourself to the centre

Going to the Edinburgh Festival is a great excuse to see some of the city, as well as four to seven shows a day. Many stick to the centre and see show after show, but Edinburgh has so much to offer outside of the festival. “The festival is in the heart of historic Edinburgh”, says Colin, “so you should definitely fit in some time to explore. Arthur Seat, Carlton Hill and The Castle are all in walking distance, and Greyfriars Kirk is actually a venue. The National Museum of Scotland is also nearby and worth a visit.”

Any accommodation will do

If you’re one of the planners and researchers we mentioned earlier, then you probably have a beautiful hotel booked already. Carine recommends “Hotel du Vin, Missoni, or The Witchery in the city centre (just beneath the castle and properly atmospheric), or Prestonfield House is tucked off a residential street in the south of the city for a bit of peace and respite from the madness.” But if you still haven’t got a place to stay, Colin reckons, “Wherever you can find.” You probably won’t be spending much time in your digs anyway, so don’t be too picky.

Scots are known for putting away more than a wee dram or two, so there will definitely be your fair share of people staggering down the streets late at night. “It is Scotland, so what do you think?” laughs Colin. Actually, it’s all very safe and friendly, but as it gets later, expect some high spiritedness.” Carine confirms, “Longer licensing hours mean more booze and more drunkards. But you can avoid it if you stay away from the Grassmarket/High Street at night. Expect more rivers of puke in the streets first thing in the morning than usual. Gross, but true. Sadly.”

Like Christmas, Edinburgh Festival comes but once a year, so don’t waste it by staying in your hotel room because the crowds are scary. Get out there and see, see, see. Go to a show you have never heard of, go to a pub that has a bad stand up comedian. It’s all part of the experience. “Even for a week or more I don’t see much point in a rest day”, says Jerome. “There is too much you could potentially miss.” Carine sums up the attitude the average avid attendee has towards rest days: “Rest is for Jessies (lightweights)”

Stick to your budget

When visiting a city, especially during the world’s most famous arts festival, it is very easy to spend more than you budgeted for. A more expensive show here and a night at the pub there – things could get pricey. But it is totally possible to have fun on a budget. “The fringe has a free programme every day on the Royal Mile, and with a Tesco around, you can do it on the cheap”, says Colin. “The beauty of the festival is that there’s something for every budget”, Carine says.

There is really no point in going to Edinburgh Festival if you are a people hater. There are people everywhere, and you will be travelling in a crowd wherever you go. “I get pretty fed up with the endless tourists and long queues. Normal local response!” says Zoe. “Edinburgh really comes alive in August”, Carine says. “There’s an air of positivity and a feeling that everyone wants to be there. The population doubles, I believe.” If you can’t beat them, join them.