The Intersection of Business, Motivation, and Synchronicity by Tyler Tervooren

Home The Intersection of Business, Motivation, and Synchronicity by Tyler Tervooren 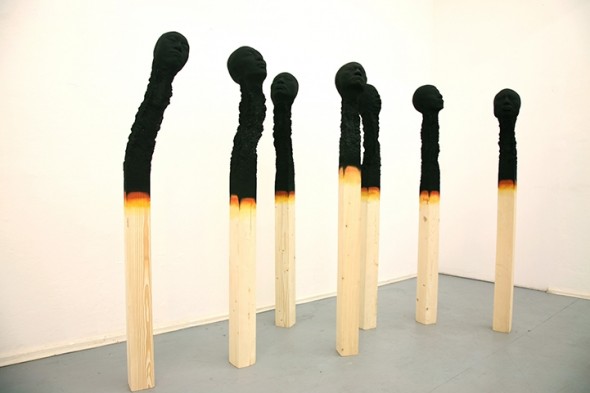 Sometimes I forget what my real motivations are. I suspect I’m not the only one.

What motivates you? I don’t mean what gets you through the day or what makes you smile occasionally. I mean, what makes you actually want to get out of bed in the morning?

Me? I love adventure and I love seeing others experience adventure as well. If everything else was stripped away from my life, that’s the one thing I’d hope to be left with.

Sometimes this gets foggy. Occasionally, I start to think I’m motivated by less important things, namely money, but money is only a tool. If I focus on it too long, it takes my attention away from the real goal. Sometimes I believe that if I had more of it, I’d have no problem doing all the things I plan to do, so I seek more of it. I want to make things easy on myself. But as my friend, Karol, likes to say, “If your problems can be solved by money, you don’t have problems.”

With the way the business world is set up right now, it’s commonplace to draw a big red line between who you are and what you do. Ever met someone new and been asked, “So what do you do?” Almost everyone has, and almost everyone does it despite hating the question. Even now that I’m doing something that I love, I still hate being asked that question.

Of course, it’s just small talk, but everyone asks it and it’s a big piece of our social puzzle. I think it encourages people to think it’s okay to hate what you do for money as long as you use that money to do something you enjoy.

I could go on forever about how that blows my mind, but I’ll save it for another day.

If you believe it’s okay to hate what you do as long as you enjoy the benefits it gives you, it enables you to create a huge level of cognitive dissonance in your life. That’s something that can’t last long without serious consequences. At least, I can’t last long like that.

So what’s the solution?

Well, to create a businesses you love, of course. Do something you love and the money will follow, they say.

I agree with that to an extent. I think everyone needs to find something they love to do, but that’s only half of the equation to making money. The other half is figuring out how to take what you love and tweaking it so that someone will actually pay you to do it.

I read a book last weekend, Let My People Go Surfing. In it, Yvon Chouinard talks about how he reluctantly became one of the top businessmen in America by creating the Patagonia clothing company so he could go surfing and save the world.

Patagonia wasn’t created to make money. Making money—a boatload of it—is what Patagonia does because that’s what businesses have to do to stay businesses, but as long as Yvon is in charge, money is secondary. Actually, it’s not even secondary, it’s tertiary.

So what comes first? Freedom, of course. Yvon created Patagonia because there was no other job he could get that would let him go climbing for weeks on end or make the split second decision to take off and go to the beach because the surf was good.

Just as important as making the best quality stuff on the planet was to Patagonia, so was making sure that there’ll always be a planet for Patagonia to sell stuff on. The company’s history is riddled with examples of decisions that cost them tons of money at the expense of doing the right thing, but Yvon simply couldn’t run a business that wore on his conscience. Of course, as a result, they made billions of dollars.

Whenever I find myself thinking too much about money, I try to remember what’s really important—the things that actually motivate me. I try to find my synchronicity. I ask myself:

If I start worrying about money, it’s usually because I haven’t been spending enough time worrying about those questions and how to make them intersect. When they align, money doesn’t tend to be an issue.

I want to live a life of risk and adventure, and I want to help create a world where others feel free to live out their own adventures because they know how to deal with the complications that come with them. That’s my real mission. So, I keep climbing mountains, jumping out of airplanes, trying new things, and reporting back on the experiences. I’m excited when things works out, and I try to be honest and forthcoming when they don’t. Either way, an important lesson is learned. That’s my synchronicity and things seem to go right when I pursue it.