Inspiring People Logan’s Run: An Olympic Torch With A Difference 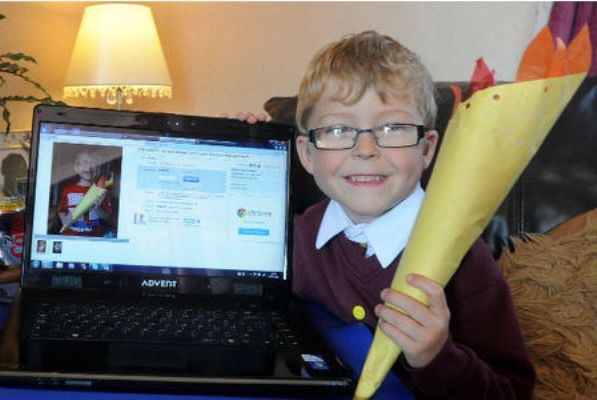 “Logan’s Run: An Olympic Torch With A Difference”

When 5-year-old Logan McKerrow heard that people taking part in the Olympic Relay around Britain were selling their torches on eBay for thousands of pounds, he came up with a great idea.

Logan decided that he would sell the Olympic torch he had made out of paper at his Somerset school and give all the proceeds to charity.

He eventually sold it for £21 to a buyer in Gloucester, who agreed to keep up the spirit of Logan’s Olympic Relay by selling it on again for Logan’s chosen charity, Hearing Dogs for the Deaf.

Since then it has gone on to a string of buyers around the UK – each keen to keep Logan’s Olympic Torch Relay going – and each donating the proceeds of the sale to Logan’s chosen charity.

One of the buyers, Karen from Dorset, who bought it for £56, says: “It’s amazing that a 5-year-old boy had a simple dream and that I am part of that dream to pass it on to the next person.”

The latest buyers from North East England paid £2,050 to be brief custodians of Logan’s paper Olympic flame. They have put it straight back online with a Buy It Now price of £100 to ensure it continues its charitable relay around the UK.

And each time a sale is made and the flame is passed on, yet more money is made for the Hearing Dogs for the Deaf.

Simple ideas can be the best and this one simple idea has raised thousands for a worthwhile cause.

The Best You Can Be would like to congratulate Logan McKerrow. We hope his Olympic Relay goes on for many years to come!

Bye for now!
Best wishes,
Bernardo Moya,
CEO The Best You
PS. Please share If this has inspired you or could inspire others.