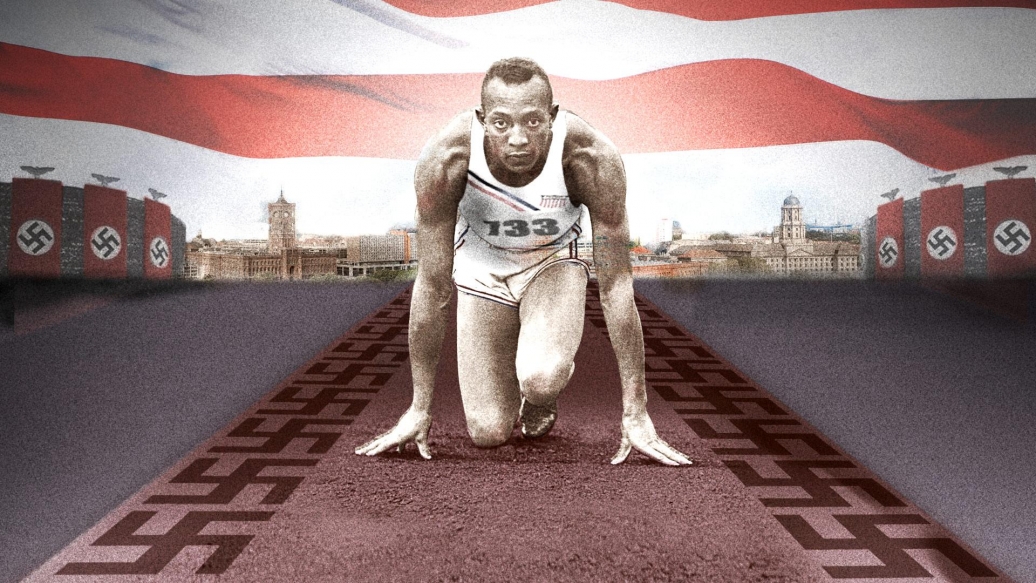 People sometimes ask what is the point of sport. But for anyone who knows about the events that unfolded in the Berlin Olympic Stadium during the 1936 Olympic Games, the question is dramatically answered.

In front of 100,000 people, the African-American athlete Jesse Owens won four gold medals in the 100m sprint, the long jump, the 200m sprint and as part of the 4x100m relay team.

In this way, Jesse Owens struck a blow against Nazism in front of its very architect, Adolf Hitler.

Before the games, Hitler and his advisers had believed the Olympics would show the world the “fact” of Aryan supremacy. Owens showed the world something quite different – that natural talent can be found anywhere and that even the disadvantaged can beat the world.

There was still a long way to go in the African-American struggle for acceptance.

Back in the US, racial segregation was still practised.

When Owens attended a reception at the Waldorf Astoria Hotel in his honour, he was forced to use the freight elevator because only white people were allowed to use the passenger elevator.

It was only in 1976, Owens’ example to millions around the world was finally recognised when President Gerald Ford awarded him the Presidential Medal of Freedom.

Personal excellence, striving to be the best you can be, the struggle against oppression and intolerance – all of this and much more – shows how important sport can be for everyone around the world.

The Best You  gives a big salute to Jesse Owens – the hero of the Berlin Olympics, just one of the many who show why sport matters!