Ingvar Kamprad: A Mind Made for Business

Home Ingvar Kamprad: A Mind Made for Business 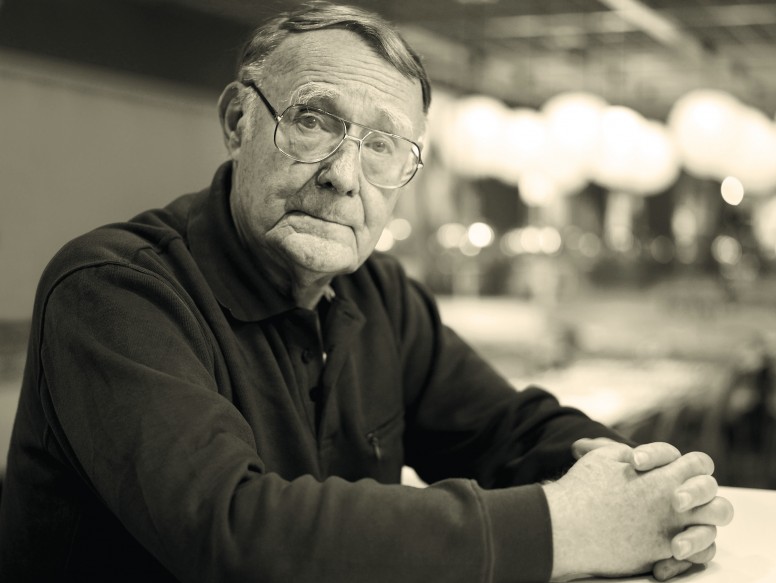 “Our idea is to serve everybody, including people with little money.”

Ingvar Kamprad grew up about as far from the fast-paced world of international business as one could. He spent his formative years on a farm in rural Sweden in the early 20th century. His enterprising mind worked feverishly from a young age. Kamprad began selling materials he could lay his hands on and count. From matches, to holiday decorations and fish, he found ways to provide basic products to local neighbours that were always in demand. A true entrepreneur, Kamprad turned an allowance into seed money to start his empire.

During a brainstorm that took place at a dinner table, Kamprad founded IKEA. The letters for the famous company came from his own name, along with letters from the farming village where he was raised. Relying on his ability to sell things he could count and touch, Kamprad developed IKEA primarily into a furniture business, driven by frugal cost control and continuous product development. Today Kamprad has a net worth of more than $4 billion.

He has grown IKEA from its humble beginnings into a multi-national corporation with stores in most major cities around the world, not to mention at least one piece of furniture in almost every home in the world.

Yet, even though he has achieved huge successes throughout his life, Ingvar Kamprad still lives by his storied frugal nature. It’s what built him and what continues to sustain his empire.

“We are all searching for that one simple idea that will turn us from regular Joes into super entrepreneur. Kamprad looked at what the world needed and found his calling.” – Bernardo Moya