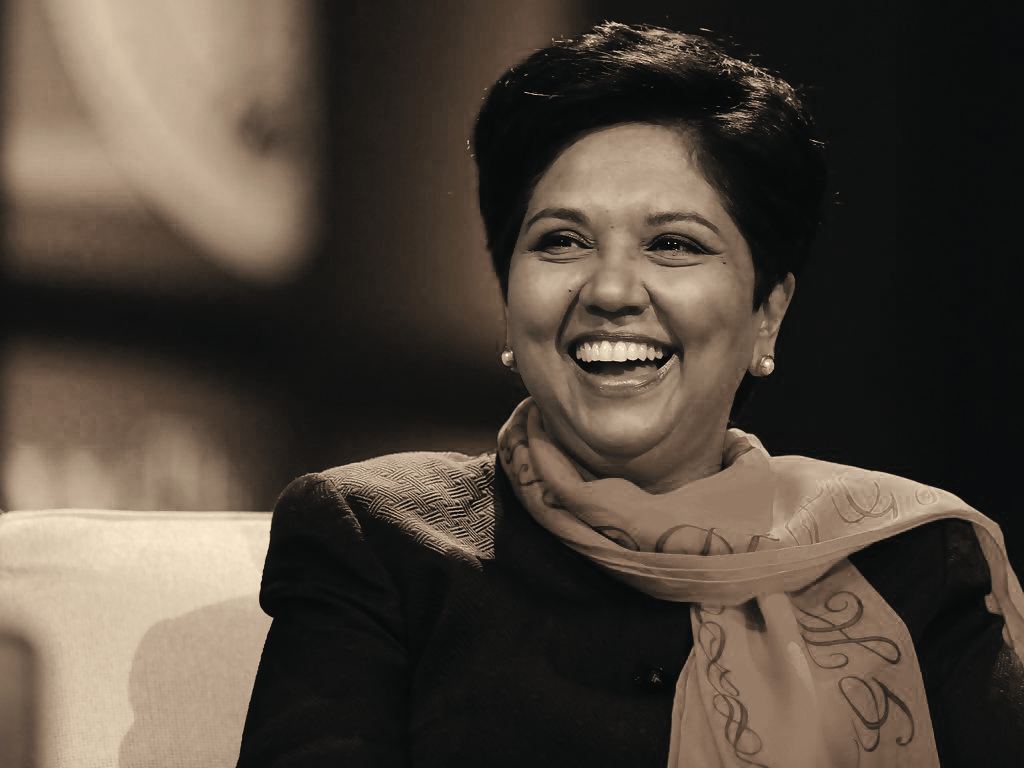 “Take a stand. Be known for your courage and confidence.”

When Indra Nooyi was born in India in 1956, if someone would have told her parents that one day she would become CEO of the second largest food and beverage business in the world, would they have been convinced? Nooyi was educated almost entirely in India. She later attended the Yale School of Management in America to further her burgeoning professional career. While still in India, however, she aggressively kick-started her career with positions at multinational companies such as Johnson & Johnson. Nooyi traveled to the United States to attend Yale and subsequently began climbing the corporate ladder even higher, with positions at Motorola and Boston Consulting Group. In 2001 Nooyi became President and CFO of PepsiCo, following a successful seven-year stint with the company. That move instantly made her one of the most powerful and influential women in the world. Nooyi ascended to the top spot at PepsiCo in 2006 and immediately began to steer the organisation toward a succession of key mergers and acquisitions with the likes of Tropicana and Quaker Oats. Indra Nooyi has since garnered numerous awards and achievements apart from her post at PepsiCo, including serving as chair of the U.S.-India Business Council and sitting on the board of the Lincoln Center for the Performing Arts. She is living proof that education and ambition know no borders.

“Indra Nooyi is a remarkable woman who has managed to achieve success in what is still very much a white man’s game.” – Bernardo Moya