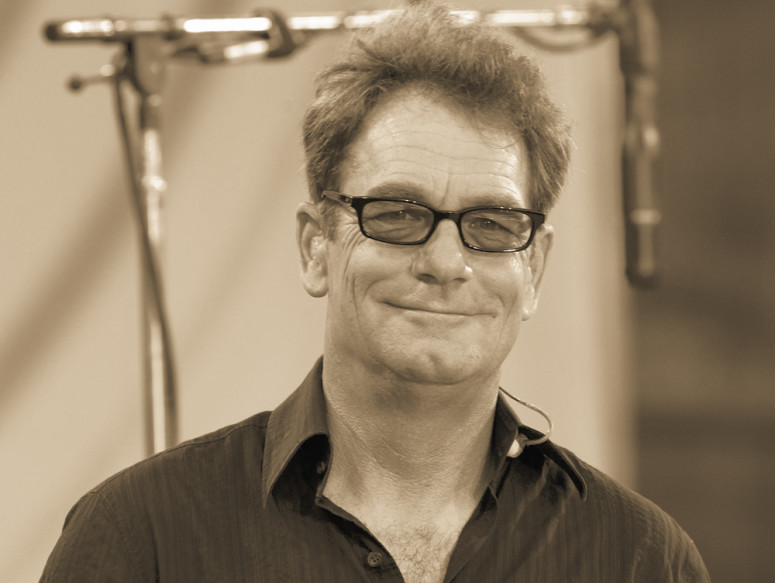 “I am deluded enough to think I can bring something to the table.”

Huey Lewis began life as a wanderer. He was born in New York City in 1950, but he didn’t stay there long. His family moved to northern California when Huey was still quite young. In his teenage years, Lewis would return to the east coast, finishing up high school in New Jersey and briefly attending Cornell University in New York. Less than three years into his degree, his desire to broaden his horizons proved too strong to resist. His travels took him back across the country to San Francisco. Later in life, he would tell interviewers about hitchhiking across the U.S. and Europe, and learning to play the harmonica along the way. After some moderate but ultimately unfulfilling success in the folk-rock group Clover, Lewis decided to take the advice of industry players and go with a pop sound; his breakthrough single with Huey Lewis and the News, “ Do You Believe In Love” would come under hit-maker songwriter/producer Mutt Lange. The “one-two punch” that ultimately catapulted Lewis and his band into the pantheon of music history, though, was the combination of their number one album Sports and the band’s contributions to the Back to the Future soundtrack; they are arguably better known for the latter. Huey Lewis and the News still tour, and he regularly collaborates with some of the biggest music stars in the world. Through all of his travels and attempts to find his sound, Huey Lewis maintains the allure of a wanderer who has told many stories and has many yet to tell.

“Many of us are forced to choose between the pull of adventure and pursuing the career of our dreams. Huey Lewis is living proof that if you have enough ambition, you can do both.” – Bernardo Moya