How to be unstoppable

Home How to be unstoppable 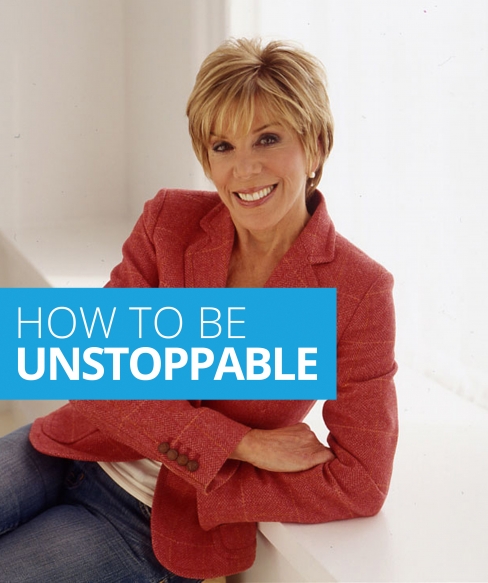 Gail Blanke is founder of Lifedesigns, a company whose vision is to empower men and women to live exceptional lives. An author who has appeared on Oprah, contributed to numerous publications and coached presidential candidates, we are delighted to welcome her as a regular columnist for The Best You

One of my all-time favourite clients was a guy who worked for an asset management company. His CEO had told him to beef up his communications skills. Well, this became one of the easiest assignments I’d ever had. Early in our conversation, Roger and I started to talk about sports. It turned out that Roger had been a star on his high school soccer team. We talked about his toughest game, one that he’d helped pull out of the fire to win the league championship.

“So what did you think about when you walked onto the field? Did you have a song you loved?” Roger said, “I can’t believe you’re asking me that. I did have a song. I played it on the way to every game and sang it in my head on the field. You’re going to laugh, but it was My Sharona by the Knack. I loved it. It never failed to get my juices flowing.”

“That’s the answer,” I said. “My Sharona. The work you do is just another kind of game – get it? You need to have the same spirit and energy when you meet with a client as you had when you took the field.” Roger said, “Wait, you mean I should sing My Sharona? You’re kidding, right?”

“Nope,” I answered. “You should belt it out at the top of your lungs on the way to the meeting and hear it in your head when you walk in. Try it.”

I know it sounds crazy, but singing that silly song made all the difference. Roger came out of himself; he became a ‘motivator’. He energised his clients and they loved it. Now he’s the guy the CEO goes to when she wants to clinch a deal. And he did it all by recapturing a moment in his life when he felt unstoppable… and by replaying the song that made him feel that way.

Look back on those moments in your life. Maybe it’s the song you were singing in the bus on the way back from that basketball game in the ninth grade when your team came roaring from behind and won at the very last moment. Maybe it’s the song they were playing when that extremely cute guy pulled you out on the dance floor in college – the guy who turned out to be the guy…

And what about other people in your life-people you love? What are their songs? Brown Eyed Girl is our older daughter Kate’s song. Whenever it pops up on my playlist I call her. And I do the same when I hear My Girl because it’s our younger daughter, Abigail’s song. And Break on Throughis my husband, Jim’s, song. Even Willa, our golden retriever, has a song. It’s called The Doggie Girl Song. I made it up…

One more story about Roger: Not long ago, he had a bout with cancer – which he won. His wife, Marsha, whom I also have tremendous affection for, sent me an email a few days after he got out of the hospital following his operation to tell me he was alright. “I knew he was going to be,” she said, “because the last thing he did before they wheeled him into the operating room was to sing a few bars of My Sharona.”