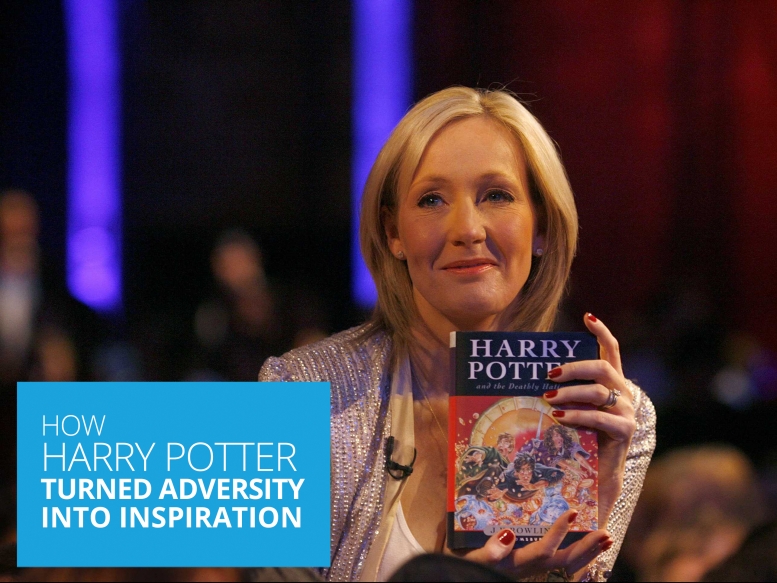 There are times in everyone’s life when things look hopeless. But if ever you get that feeling, J. K. Rowling’s story is certainly worth remembering.

Before she became the world famous and wealthy author she is today, things were not easy for Rowling.

Separated from her husband, living in a rented flat in Edinburgh while looking after her young baby, Rowling was diagnosed with clinical depression. During this period she sat and wrote in cafes while living on social security. Things were bad. She even contemplated suicide.

Yet at every turn, Rowling found inspiration.

For example, the death of her mother gave her a clear insight into loss, causing her to rewrite Harry Potter’s experience as an orphan.

And her experience of depression brought her the idea of the Dementors, soul-sucking creatures that feature in her books.

Nevertheless, seven years after graduating from university, Rowling saw herself as “the biggest failure I knew.”

But even “being a failure” wasn’t such a bad thing. As Rowling recalls:

“Failure meant a stripping away of the inessential. I stopped pretending to myself that I was anything other than what I was, and began to direct all my energy to finishing the only work that mattered to me. Had I really succeeded at anything else, I might never have found the determination to succeed in the one area where I truly belonged. I was set free … I was still alive … I still had a daughter whom I adored, and I had an old typewriter, and a big idea. And so rock bottom became a solid foundation on which I rebuilt my life.”

Even with her novel completed, and getting ready to become a teacher, she still had her setbacks. Amazingly, “Harry Potter And The Philosopher’s Stone” was rejected by 12 publishers.

But then, the daughter of the chairman of Bloomsbury read the first chapter – found it utterly compelling and demanded to see the rest.

This was the start of the turnaround in Rowling’s fortunes. The rest is history.

So remember: the secret is to stay true to yourself. Keep going at what you believe in.

Have a great day.