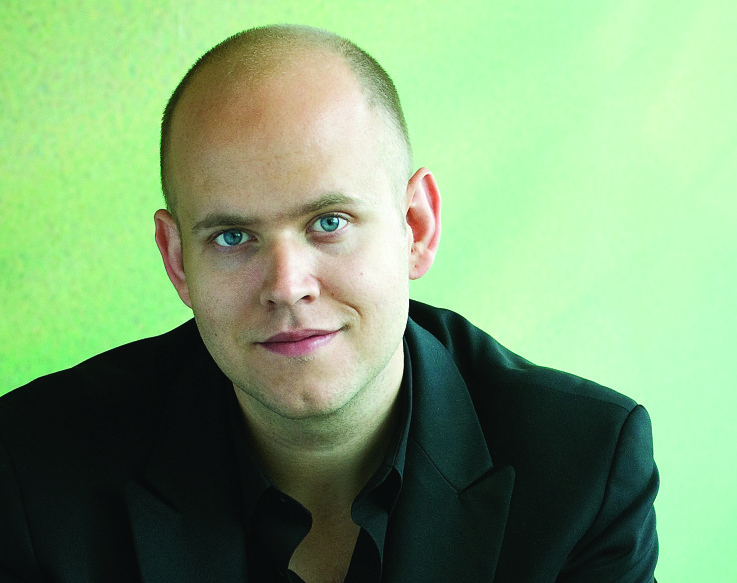 He has revolutionised the way we listen to music with his app, making millions of songs widely accessible for a very reasonable price. We look at Daniel Ek, the man behind Spotify.

The music industry has gone through many evolutions in the last fifty-odd years. For decades, listening to music at home was only possible on vinyl. Then, in the swinging ‘60s, the compact cassette started to become popular, making it much easier to lend your music collection to friends and family. In the electric ‘80s, CDs came along and dominated the music listening aspect of the industry for decades. Music aficionados spent years building up their CD collections, alphabetising them and displaying them around their flats. Even after the invention of the iPod in 2001, people held onto their CDs, frantically importing them and naming them in iTunes before Gracenotes came along, allowing those compiling a digital music collection to automatically fill in track names. But in 2006 an invention so splendid came along that it has all but rendered CDs in the developed world obsolete. This invention is Spotify, and the man behind it is Daniel Ek ­– a 31-year-old genius.

Daniel was born and raised in Stockholm, Sweden, where he still lives, although he spent some time living in London where he was able indulge his love for Arsenal. A keen guitarist since he was given his first instrument at the tender age of four, Daniel also enjoys spending his leisure time beating his colleagues at FIFA championship soccer in the Spotify offices.

He is a serial entrepreneur and technologist who started his first company in 1997 at the age of 14, and he co-founded Spotify in 2006 together with Martin Lorentzon. As the CEO, Daniel’s role is to guide the vision and strategy of the company as it grows. Leading the management team, Daniel is also responsible for nurturing a passionate working environment for everyone at Spotify. Prior to his venture into the world of online music, Daniel founded Advertigo, the online advertising company acquired by TradeDoubler. Before that he held a senior role at Nordic auction company Tradera (later acquired by EBay). Daniel was also CTO at Stardoll, the fashion & entertainment community for tweens.

The thought that sparked Spotify was a simple one. He found himself wondering, “How do you get people to pay for music that can, if illegally, be downloaded free – and without charging them for each song, the way Apple’s iTunes service does now?” The answer was simple. As described by MIT Technology Review, Spotify is “a jukebox in the cloud that provides legal, on-demand access to millions of songs. Supported by paying subscribers, as well as by radio-style ads played only to nonsubscribers.”

Of course it came with its problems. Convincing the music industry that free or reasonably priced streaming was the way to go posed a bit of a challenge. In an interview with Wired Magazine, Ek said, “The problem that no one at that point had solved was creating a business model that the industry supported. The licensing thing, frankly, was two and a half years of labour. The music industry has always played the scarcity card – they were selling physical discs, with limited availability, and all of a sudden they’re selling access, and access by proxy means being a utility. Getting them over that hump and making them realise that the access model is a much better business model for them has been the hardest. Especially when you come in and say, look, we have this great new business idea: we’ll give away your content for free, and people will start paying for it. It’s one thing getting one label in, but we truly wanted to deliver the emotion of having all the world’s music on your hard drive – and the last deal didn’t happen till three days before launch.”

In the last eight years, Spotify has spread around the developed world like wildfire. The service debuted in the United States last year after operating for three years in Europe; it now has more than 15 million users, four million of whom are paying subscribers. With an estimated value of $4 billion, Spotify is one of the hottest Internet companies in the world.

The music industry still has a long way to go, but Ek told Wired that he reckons they are getting there: “It’s interesting to see the way they’re innovating now – the acts they’re signing, the way they’re marketing. For instance, the labels are creating Spotify playlists. But they don’t just put their own music there – they’ve realised it’s better to have the mix of music with one or two of their tracks to try out. That’s just really smart digital marketing.”