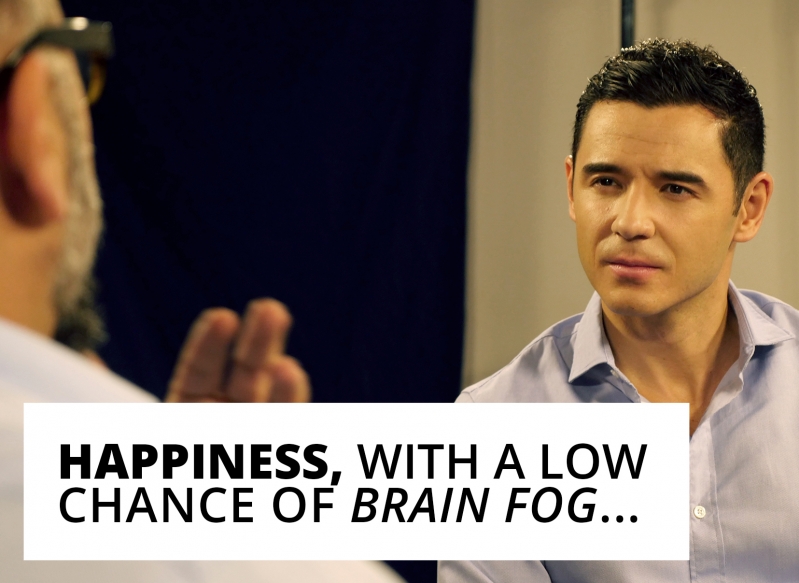 Mike Dow tells Bernardo Moya why he decided to help others the best he could, and how his Brain Fog Fix can help people get to where they want to be

“When my brother was 10 years old and I was about 15, he had a massive stroke,” Mike Dow tells me. “He has a very rare brain disease and we spent a lot of time in children’s hospitals. What really struck me from an early age, was I really wanted to do something to help others, and I also got interested in the development of the brain and how you heal it.”

That single moment when he was growing up in Honolulu, in many ways defined the life direction of Dr Mike Dow. A strong streak of selflessness, dedication to understanding the brain – and the ability to communicate his message in fresh new ways through his books and television programmes are the result.

Dow comes from a medical background – his father was an expert in prostate cancer, he tells me. Perhaps this, as well as his brother’s illness led him to volunteer in a women’s and children’s shelter, where he saw, firsthand, people going through psychological struggles and trauma. This altruistic spirit and his own curiosity all came together when he was 21 and he went to his first therapy session. Twenty minutes in, he realised, “I could do this, not on the weekends in my spare time, but as my main profession – it was a great lightbulb moment.”

He went on to do a degree in marriage and family therapy and a doctorate in psychology, and was asked to host a US television show called Freaky Eaters, which dealt with dysfunction around food. He wrote his first book, Diet Rehab, as a spin-off from that project, but the work he is most proud of draws together his study of the brain and the whole human. Called The Brain Fog Fix.

He cites an example: “We know that loneliness can double your risk of Alzheimer’s disease. By cultivating healthier relationships you’re really not just taking care of your psychological health and your heart, but you’re also taking great care of your brain.”

He explains that social media has ironically made many people more lonely. They mistake the lower quality interactions they experience online with real, rich relationships. “The statistics are reflecting that… 25 per cent of Americans say they have no close friends,” he says – and that has its health repercussions.

People, too, are addicted to the quick fix of the more aggressive dating apps which offer no depth in relationships. He doesn’t think technology is bad, he tells me, but that there are some people who don’t know how to use it wisely.

The Brain Fog Fix address these and many other issues. Over three weeks it takes the reader through a course of actions – each week focusing on a different aspect of the whole human being – mood, energy and spirit.

“In the first day of The Brain Fog Fix you’re really using cognitive behavioural strategies to change the way you think but you’re also changing the way you eat,” he says. That means Omega 3 superfoods for the brain and seven servings of vegetables and whole fruits a day. So you’re going to do things like eating an omega 3 super food every day.

Week two focuses on energy. “You’re going to re-programme your circadian rhythm,” he says, explaining that the blue light from tablets and computers fools the pineal gland into thinking it’s daytime. Exercise and other areas are addressed.

In the spiritual week, meditation and positive interactions are part of the process – being in charge of mood and focusing on the inner world.

Together, those three weeks make for a powerful positive impact – lifting the brain fog so people can see more clearly what they are doing in life.

And is it hard to do?