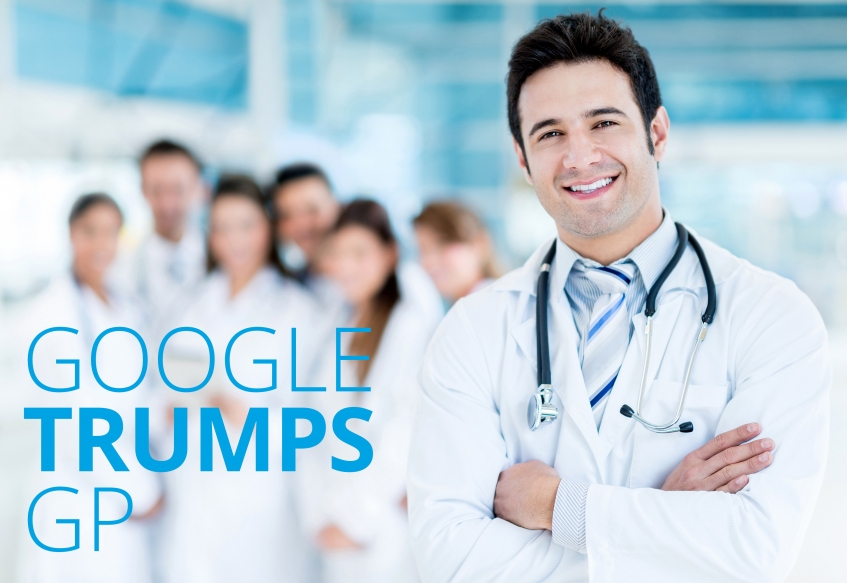 New research by a specialist firm of medical negligence solicitors has revealed that as many as one fifth of Britons trust Google to diagnose their symptoms more than they do their doctor. The Best You reports.

According to the study, more than half of those who use a search engine to research information about their symptoms end up feeling anxious about their potential illness.

A new poll by a specialist firm of solicitors dedicated to pursuing medical negligence and catastrophic injury claims has uncovered a potentially worrying trend amongst Britons. Many of them are choosing to self-diagnose themselves using Google or another search engine instead of visiting their local GP surgery.

Medical Accident Group conducted the research as part of an ongoing study into the relationships between patients and their doctors. 2,471 people aged 18 and over from around the UK, each of whom was registered with a local GP surgery, were quizzed about the level of trust they had in their doctors.

All respondents were asked: “When you are unwell, are you more likely to Google your symptoms or visit a GP surgery to determine what’s wrong with you?” The majority of those taking part (42 per cent) stated they tended to “Google symptoms first and then decide whether or not to visit the doctor”, whilst 31 per cent chose to go immediately to the doctor and a whopping 27 per cent “rely entirely on Google for a diagnosis”.

A fifth of the respondents taking part (21 per cent) said that they actually trusted Google to diagnose their symptoms more than they did their own GP.

Those respondents who stated they used Google, either to determine whether or not they needed the doctor or in place of going to see their GP, were asked why they tended to do this. Provided with a list of possible responses and told to select all that applied, the top five results were as follows:

According to the poll, less than half of self-diagnosing respondents (42 per cent) had self-diagnosed themselves correctly, with the remaining 58 per cent having over-exaggerated or misdiagnosed their illness.

Fifty-four per cent of the respondents who had previously used Google to self-diagnose themselves admitted that the results had ended up making them feel anxious about their potential illness.

“Whilst doctors have been known to get a diagnosis wrong in the past, they’re far more trustworthy and accurate than a Google search. You could have symptoms that are present in a minor illness, yet by typing them into Google it’s easy to self-diagnose yourself with something much more serious that what you really have.

“We’d always recommend that, if you think you have an illness, you put your trust back into your doctor and go to see them. While doctors do make the occasional mistake, you always have the option of a second opinion if you so wish. Anyone can put information on the Internet, accurate or not, and because it’s on the Internet, you’re likely to believe it, forgetting that the Internet is full of incorrect information.”