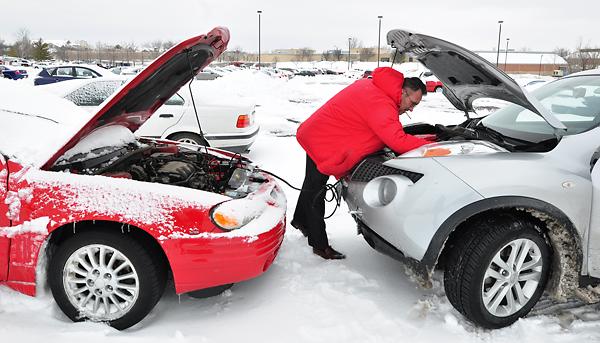 Giving you a jumpstart

For those of us who live in the Northern Hemisphere, February is often the coldest and most dreary month. And along with the cold comes a host of other problems, like frozen pipes, gardens ravaged my storms, and of course, car batteries freezing. This is where the goodwill of one Illinois gentleman has made a difference to the lives of many. Brad McKorical, who works at the Auto Sales in Moline, has made it his mission to not let people get stranded on the side of the road this winter. And he’s not even charging him for this service.

McKorical decided he wanted to do some good in the world, so he posted on Facebook asking if anyone was in need of a jumpstart. Of course, with the icy weather, the phone was ringing off the hook in no time.

“It was so nice for him to come and do that for free, especially in this awful weather,” said one woman who benefited from McKorical kindness. “He’s an angel.”

THEY PUT THEIR MONEY WHERE YOUR MOUTH IS

The Whole Foods brand has become synonymous with organic and fair trade products and healthy living. Chances are, if you pop down to your local Whole Foods, you’d be surrounded by yummy mummies in their yoga pants and shoppers who would fall into the hipster category if they weren’t shopping at a franchise. But let’s not hold any of that against them, shall we. They are going above and beyond to get more organic food on the shelves, helping the sustainability of the planet.

After a $10-million loan to local farmers proved successful, Whole Foods Market announced on 2 January that it will give up to $25 million in low interest funds to farmers who support their non-GMO, earth-friendly values.