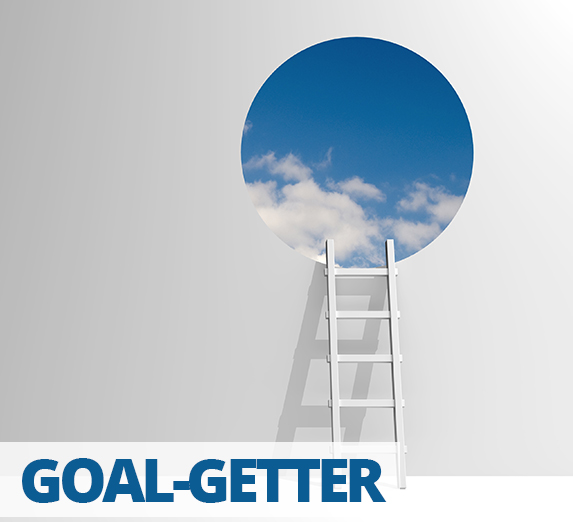 Yuppies, Gordon Gekko, Loadsamoney – the last time that ambition was in vogue, 80s excess and materialism were all the rage. It’s an image that has left an association of greed and selfishness yet ambition can be a positive force for change, says author Rachel Bridge whose new book, Ambition: Why It’s Good To Want More and How To Get It, encourages and shows us how to achieve the things we really want.

As The Sunday Times’ former enterprise editor, she interviewed many successful people from all areas of life, and she identified unifying traits, which could be described as the hallmarks of achievement.

“Interestingly, although perhaps unsurprisingly, they all take a very positive outlook on life,” Bridge says. “While we might tend towards a negative perspective about the challenges to our ambitions, successful people will think good things lie ahead more often than not.

“Successful people also have a very strong sense that life is short. There is a need for urgency in the way they approach and attack their goals.

This is a real contrast to the rest of us who are more likely to approach hopes and desires with an, ‘I’ll get round to it one day’ attitude. They get on with it now and move on to the next goal quickly.

“Take Paul Lindley, the man behind Ella’s Kitchen baby foods. Although he set out to build a successful business in response to his own child’s needs, he then sold this and has since started social enterprises for children’s welfare.

His motivation, he says, is that he doesn’t want to get to the end of life and think, ‘What if…’” Positivity too is an essential ingredient for success, says Bridge. “Without exception, successful people have a hugely optimistic outlook on life. In reality the odds are hugely stacked against success but they think things are great, even if they’re not, and will always say, ‘Let’s have a go’.

Myleene Klass, who I interviewed for Ambition, has a postcard pinned to her wall that says, ‘Why the hell not?’ and she turns to this mantra every time she puts her hand to different ideas. She’s been a singer, a pianist, a model, a TV presenter, and she tries everything. There’s a big wide world out there and we need to have more ambition to try things out, even if they don’t always work.”

“Motivation and determination are central to realising our ambitions, says Bridge, and although family support is important, having a go is the key to achievement.

“We need to think, ‘It is my life,” she says, “and I want to have a say rather than be governed by external forces’.”

While ambition is often associated with getting ahead, Bridge feels strongly that it doesn’t have to be negative, and that if we’re not pushing ourselves forward, great things that are beneficial to society and communities simply won’t happen.

“All the best things are achieved by ambition,” she adds. “We need to set goals and achieve things, and it’s sad when we diminish our desire for success.

“It’s not selfish and it’s not always about the money – for example, I interviewed a woman who had rowed across oceans. She isn’t wealthy as a result, but her ambition helped her to achieve her goal and vision for success. I think we need to constantly be challenging ourselves to go for it.

“It’s hugely beneficial to be ambitious. It’s good for people personally and for society as a whole. It doesn’t have to be selfish, and even should you not realise your goal, you will still have done more than if you had not started.

“I get the feeling that a lot of people wish they had achieved more in life but it’s not too late. It’s life-affirming – those who realise their ambitions feel, ‘I can do this, I did it and now I can do anything,’ and that feeling is so exciting.”

Ambition: Why It’s Good To Want More and How To Get It by Rachel Bridge is published by Wiley.