Get Busy Living by Arianna Huffington 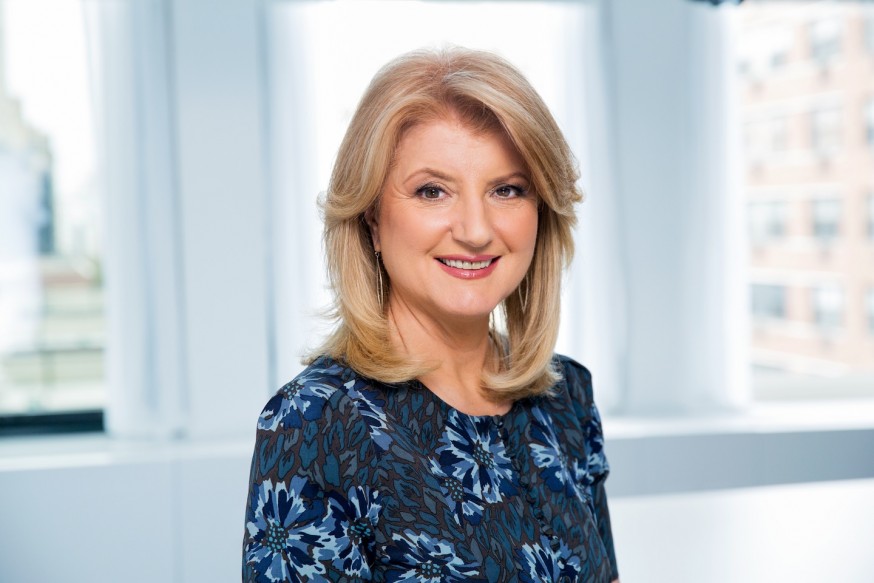 So often, we mistake business for living life to its fullest. Arianna Huffington, founder of The Huffington Post and author of Thrive, has some interesting points about what we think makes a successful life compared to the cold, hard facts.

It’s easy to miss the real point of our lives even as we’re living them. Until we’re no longer alive. A eulogy is often the first formal marking down of what our lives were about—the foundational document of our legacy. It is how people remember us and how we live on in the minds and hearts of others. And it is very telling what we don’t hear in eulogies. We almost never hear things like:

“The crowning achievement of his life was when he made senior vice president.”; “He increased market share for his company multiple times during his tenure.”; “She never stopped working. She ate lunch at her desk. Every day.”; “He never made it to his kid’s Little League games because he always had to go over those figures one more time.”; “While she didn’t have any real friends, she had six hundred Facebook friends, and she dealt with every email in her inbox every night.”; or “His PowerPoint slides were always meticulously prepared.”

Our eulogies are always about the other stuff: what we gave, how we connected, how much we meant to our family and friends, small kindnesses, lifelong passions, and the things that made us laugh.

So why do we spend so much of our limited time on this earth focusing on all the things our eulogy will never cover? “Eulogies aren’t résumés,” David Brooks wrote. “They describe the person’s care, wisdom, truthfulness and courage. They describe the million little moral judgments that emanate from that inner region.”

And yet we spend so much time and effort and energy on those résumé entries –entries that lose all significance as soon as our heart stops beating. Even for those who die with amazing Wikipedia entries, whose lives were synonymous with accomplishment and achievement, their eulogies focus mostly on what they did when they weren’t achieving and succeeding. They aren’t bound by our current, broken definition of success.

In her 1951 novel Memoirs of Hadrian, Marguerite Yourcenar has the Roman emperor meditating on his death: “It seems to me as I write this hardly important to have been emperor.” Thomas Jefferson’s epitaph describes him as “author of the Declaration of American Independence . . . and father of the University of Virginia.” There is no mention of his presidency.

The old adage that we should live every day as if it were our last usually means that we shouldn’t wait until death is imminent to begin prioritizing the things that really matter. Anyone with a smartphone and a full email inbox knows that it’s easy to be busy while not being aware that we’re actually living.

A life that embraces the Third Metric is one lived in a way that’s mindful of our eventual eulogy. “I’m always relieved when someone is delivering a eulogy and I realise I’m listening to it,” joked George Carlin. We may not be able to witness our own eulogy, but we’re actually writing it all the time, every day. The question is how much we’re giving the eulogiser to work with.

In the summer of 2013, an obituary of a Seattle woman named Jane Lotter, who died of cancer at sixty, went viral. The author of the obit was Lotter herself.

“One of the few advantages of dying from Grade 3, Stage IIIC endometrial cancer, recurrent and metastasised to the liver and abdomen,” she wrote, “is that you have time to write your own obituary.” After giving a lovely and lively account of her life, she showed that she lived with the true definition of success in mind. “My beloved Bob, Tessa, and Riley,” she wrote. “My beloved friends and family. How precious you all have been to me. Knowing and loving each one of you was the success story of my life.”

Whether you believe in an afterlife – as I do – or not, by being fully present in your life and in the lives of those you love, you’re not just writing your own eulogy; you’re creating a very real version of your afterlife. It’s an invaluable lesson – one that has much more credence while we have the good fortune of being healthy and having the energy and freedom to create a life of purpose and meaning. The good news is that each and every one of us still has time to live up to the best version of our eulogy.

This is an excerpt from Thrive: The Third Metric to Redefining Success and Creating a Happier Life, available now at all good bookstores.

Arianna Huffington is the chair, president, and editor-in-chief of the Huffington Post Media Group, and author of fourteen books. In May 2005, she launched The Huffington Post, a news and blog site that quickly became one of the most widely-read, linked to, and frequently-cited media brands on the Internet. In 2012, the site won a Pulitzer Prize for national reporting. She has been named to Time Magazine's list of the world’s 100 most influential people and the Forbes Most Powerful Women list. Originally from Greece, she moved to England when she was 16 and graduated from Cambridge University with an M.A. in economics. At 21, she became president of the famed debating society, the Cambridge Union. She serves on several boards, including HuffPost’s partners in Spain, the newspaper EL PAÍS and its parent company PRISA; Onex; The Center for Public Integrity; and The Committee to Protect Journalists.
http://www.huffingtonpost.com/arianna-huffington/