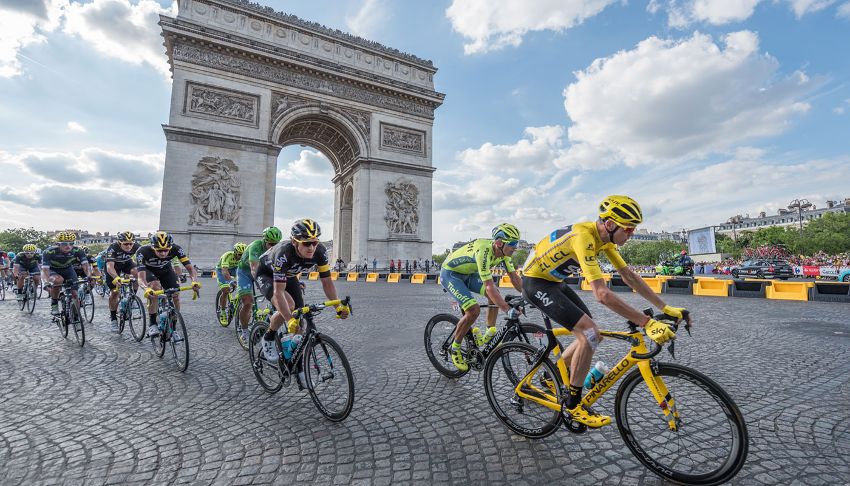 The Best You looks at four-time Tour de France winner Chris Froome’s steep climb to success, and how a little lie helped him on the way

Born in Kenya in 1985 to British farmers, Chris Froome grew up near Nairobi surrounded by snakes, turkeys and rabbits – and a pair of older brothers who bullied him remorselessly. When he was young, Froome recalls how his brothers would lock him in a cage and pit him against an aggressive male turkey that matched his height, which they had deliberately enraged. Froome laughed off these practical jokes, but it may have inspired him to get away, on the open road, where he could be in control. When asked what the appeal of cycling was to him as a boy, Froome recalls that “bikes were freedom.”

In Froome’s early years, his family was wealthy, but that changed when his parents divorced. His older brothers were at a British public school, but Froome stayed at home with his mother in Nairobi.

Froome bought his first bike, a ‘bog standard’ mountain bike with gears, from his local supermarket. It fired his enthusiasm for cycling; however, the tricks and jumps he performed soon wrecked the forks. He took it to the village market for local mechanics to repair, and remembers how the black staff members were initially surprised to see a white boy. They soon became friends. Time and again, he would return with his bike, ensuring he understood every square centimetre of his prized possession.

It was the local mechanics who told teenage Froome about road racing, and he entered his first race, The Condom Trust Race, at the age of 13. His first racing inspiration was David Kinjah, who Froome describes as “a tall, dreadlocked Kenyan cyclist with a 100-watt grin, no sense of time and a generous soul married to a rebel heart.”

David, whom Froome met at his second race, was 14 years his senior and captain of the Kenyan cycling team. Froome immediately felt a connection, as he recalls: “From the moment I met Kinjah I wanted to be like him. I wanted to spend so much time on the bike that my molecules and the bike’s molecules became fused together. I wanted quads like a proper rider. I wanted to race. And I wanted to win.”

Away from cycling, Froome’s father enrolled him at St. Andrews, a boarding school in Bloemfontein, South Africa. According to Froome, the teachers beat the children and delighted in intimidation, dispensing punishments to anyone who wasn’t smart to who hadn’t put hospital corners on their bed sheets.

“Although Bloemfontein was tough and lonely, the experience taught me things,” recounts Froome. “You are your own best resource when things are bad, and I found my own ways of having fun.”

Froome used a stunt bike to get away from the boarding school and visit friends. On school holidays he stayed with his mother in Nairobi, where he went cycling with David. Under David’s guidance, Froome was representing Kenya internationally by his late teens.

Keen for attention from the cycling world, Froome decided to race in Europe. Unable to garner support from the Kenyan Cycling Federation, he decided to create his own opportunity. After helping the head of the Federation, Julius Mwangli, with his computer, Froome remembered Julius’ email account password.

“I sat down and logged on… Posing as Julius Mwangli, I wrote a short letter to the UCI [Union Cycliste International], informing them that I would like to enter Christopher Froome, one of my country’s most promising under-23 riders, into the World Championships at that grade in the autumn,” recalls Froome

The lie succeeded, and at the 2006 Commonwealth Games in Melbourne, Australia Froome was spotted by Dave Brailsford, the future Team Sky principal, who went on to say, “the performance he [Froome] did, on the equipment he was on, that takes some doing… We always thought he was a bit of a diamond in the rough, who had a huge potential.”

Froome rose through the cycling world, and as a Brit, was encouraged to apply for a British racing license. Soon part of Team Sky, he broke through as a Grand Tour contender at the 2011 Vuelta a España, finishing second overall. At the 2012 Tour de France, Froome won stage seven and finished second overall, behind teammate Bradley Wiggins.

Cycling has been plagued by drug scandals over the years, but Froome has avoided controversy and passed all rigorous drugs testing. Nevertheless, critics have declared his powerful performance suspicious, and he has faced hostility from dubious crowds, even being driven off the road by an unknown driver in 2017’s Tour de France.

Nevertheless, Froome has kept on undeterred, uninterested in fame, and is motivated by his love of cycling. Now with four Tour de France titles, and Olympic, World Championship and All-Africa Games medals, Froome says he still has much more to achieve.

“What really drives me is the actual performance. I’m driven. I’m driven to try and win as many Tour titles as I can throughout my career; to have the biggest impact on youngsters wanting to have a good role model. Ninety percent of everything I do, the training, the mental focus, it’s geared towards trying to be the best athlete that I can be.”