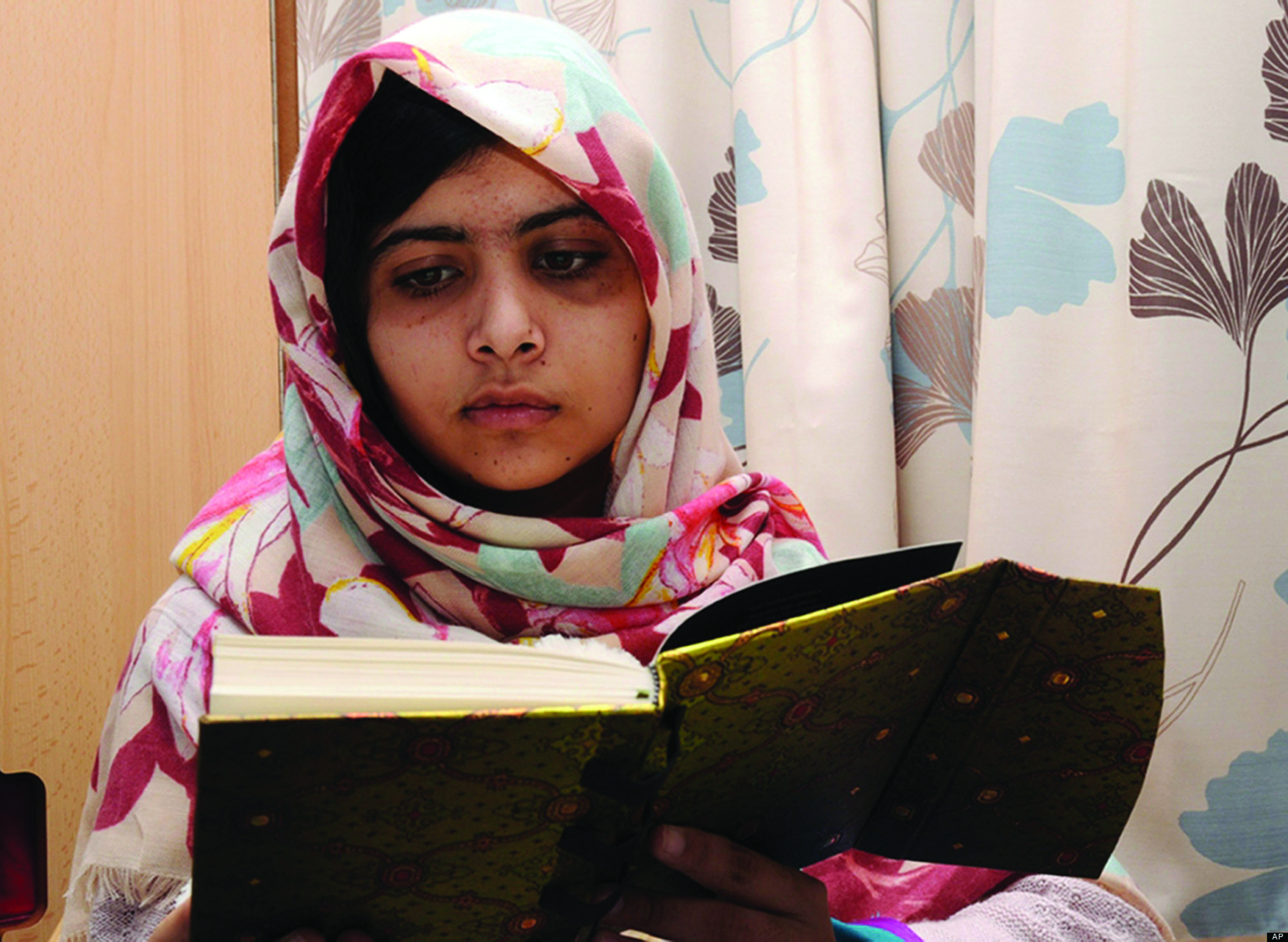 When you think of the average 16-year-old girl, she is probably experimenting with make-up, texting incessantly and getting over her fist boyfriend. This is not the case for Malala Yousafzai, one of the world’s most famous education activists.

Malala Yousafzai was born on 12 July 1997 in Pakistan. She comes from the town of Mingora in the Swat District of Pakistan’s northwestern Khyber Pakhtunkhwa province.

She rose to international fame when on 9 October 2012, she was shot in the head and neck in an assassination attempt by Taliban gunmen while coming home from school on the school bus. Despite that being the moment that she became a household name, she had been a notable figure in education activism for some time.

In early 2009, at the age of 11 to 12, Yousafzai wrote a blog under a pseudonym for the BBC describing her life under Taliban rule, their attempts to take control of the valley and her views on promoting education for girls. Malala’s father, Ziauddin Yousafzai, owns a school in the area and he is an education activist himself.

Abdul Hai Kakkar, a Pakistani BBC reporter, asked Ziauddin if any women at his school would write about life under the Taliban. At the time, Taliban militants were taking over the Swat Valley, banning television, music, girls’ education, and women from going shopping.

Initially, a girl named Aisha from her father’s school agreed to write a diary, but the girl’s parents prevented her from doing it because they feared Taliban would retaliate. The only alternative was Yousafzai, four years younger than the original volunteer. But the editors at the BBC unanimously agreed that Malala was the right girl for the job.

The summer following Malala’s blogging for the BBC, the New York Times decided to do a documentary about her life as the Pakistani military intervened in the region, culminating in the Second Battle of Swat. It was then that Yousafzai began to rise in prominence, giving interviews in print and on television. She was also nominated for the International Children’s Peace Prize by South African activist Desmond Tutu.

But sadly it was the event that took place almost a year ago now that made the general public sit up and take notice of the amazing work she had done up until that point. Suddenly she was on the front page of every international newspaper and the first story on every television news report.

In the days immediately following the attack, she remained unconscious and in critical condition. Luckily within a week her condition improved enough for her to be sent to the Queen Elizabeth Hospital in Birmingham, United Kingdom for intensive rehabilitation.

In response to the assassination attempt, just three days after the shooting, a group of 50 Islamic clerics in Pakistan issued a fatwā – a ruling of Islamic law – against those who tried to kill her, but the Taliban only said once again that they still had the intention of killing both Malala and her father. Malala has since made a full recovery, and surprisingly to many people who are turned off their causes by a lot less, has not less this incident deter her. She recently gave a talk at the United Nations about the plight of girls not receiving an education. And as a sign of good faith, 12 July was officially dubbed by the UN as “Malala Day.” Malala, together with 500 youth delegates from 85 different countries, celebrated her sweet sixteen on this day while advocating for universal education at the United Nations headquarters in New York City.

The assassination attempt received worldwide media coverage and produced an outpouring of sympathy and anger. Protests against the shooting were held in several Pakistani cities the day after the attack. Pakistani officials offered a reward to the equivalent of $105,000 for information leading to the arrest of the attackers. Responding to concerns about his safety, Malala’s father said, “We wouldn’t leave our country if my daughter survives or not. We have an ideology that advocates peace. The Taliban cannot stop all independent voices through the force of bullets.”

An excerpt from Malala’s BBC blog

I had a terrible dream yesterday with military helicopters and the Taleban. I have had such dreams since the launch of the military operation in Swat. My mother made me breakfast and I went off to school. I was afraid going to school because the Taleban had issued an edict banning all girls from attending schools.

Only 11 pupils attended the class out of 27. The number decreased because of Taleban’s edict. My three friends have shifted to Peshawar, Lahore and Rawalpindi with their families after this edict.